The State of Freedom 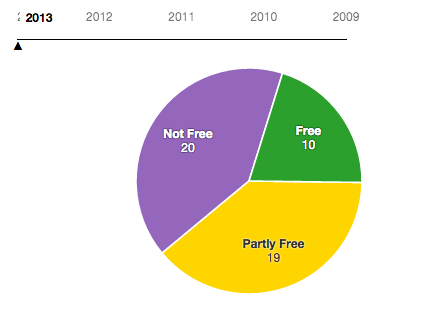 This chart shows the number of Free, Partly Free, and Not Free countries in sub-Saharan Africa over the past five years.

In 2013, Southern Africa was the best performing region, closely followed by West Africa. East and Central Africa continued with their record of poor democratic performance. 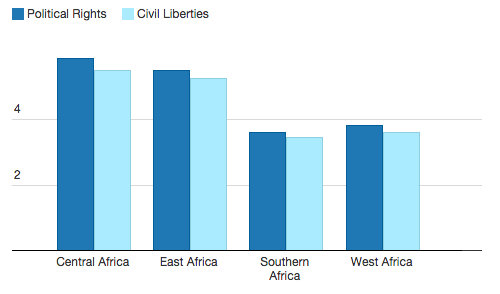 Over the past 20 years, the growth of democracy has taken two separate paths in sub-Saharan Africa: Democracy has dramatically grown in Southern and West Africa, while East and Central Africa have experienced declines. 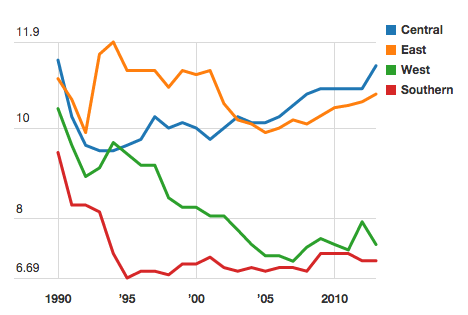 This chart shows the historical trend for the combined Freedom of the World scores for each region. The maximum (worst) score is 14 and minimum (best) score is 2.