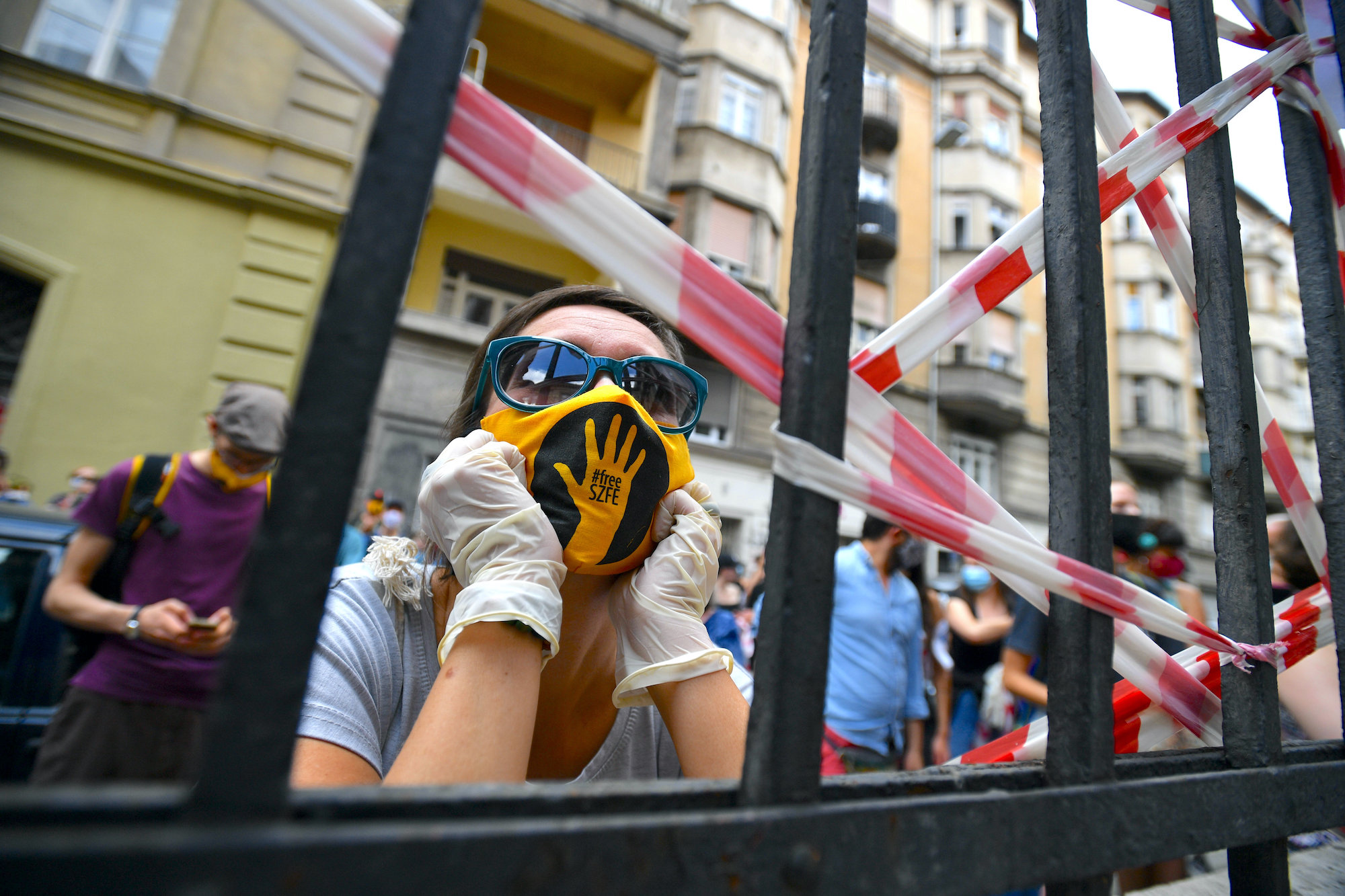 To counter the spread of antidemocratic practices in Europe and Eurasia, democratic countries, especially the United States and European Union (EU) member states, should consider the following policy recommendations.

Nurturing opportunities for democracy in Europe and Eurasia

Reinvigorate alliances with other democracies, and support multilateral institutions. The expansion of antidemocratic governance in Europe and Eurasia can be countered by cooperation and information sharing among democracies, and their full engagement in multilateral institutions. The United States, EU, and democratic alliances should work to address the threat posed by antidemocratic norm setting and prevent authoritarian-minded governments from ignoring international commitments and taking advantage of international systems, including the EU and the Organization for Security and Co-operation in Europe (OSCE). Democracies should adopt policies that efficiently and effectively counter the spread of antidemocratic practices, and should hold each other accountable for living up to democratic ideals.

Invest in independent elections. Free and fair elections are a cornerstone of any democracy, and independent and transparent electoral processes are necessary to foster a competitive electoral environment and citizens’ trust in election integrity. Yet, politicians across the region have bent the rules to further entrench their control over elections, making peaceful transfers of power increasingly difficult. Work by the United States, EU, and other democracies to support free and fair elections across Europe and Eurasia should emphasize the importance of impartial election observation and efforts to combat disinformation.

Support civil society and grassroots movements calling for democracy. Peaceful protest movements appealing for reform can drive long-term democratic change, but face greater odds without international support—as the brutal crackdowns on protesters in Belarus and Russia have demonstrated. The United States, EU, and other democratic governments should provide vocal, public support for grassroots prodemocracy movements, and respond to any violent crackdown by authorities with targeted sanctions, reduced or conditioned foreign assistance, and public condemnation. Democracies should also be ready to welcome human rights defenders who face attacks, grave threats, unlawful detention, or other dangers due to their work. Civil society groups, citizen-led social movements, and other nonstate actors with democratic agendas should be provided with technical assistance and training on issues such as coalition and constituency building, advocacy, and physical and digital security.

Support free and independent media. Providing the public with access to fact-based information about current events is one of the best ways to combat authoritarian power. It is especially important during times of emergency, and will remain essential as the world begins to recover from the coronavirus pandemic. Governments should provide support for independent media, including exile media, such as financial assistance, technical support, skills training, and mentoring. Laws should protect the free flow of information, allow journalists access to elected officials, allow the public to place freedom of information requests, and guard against state monopolization of media outlets.

Promote international peer-to-peer exchanges. In light of growing authoritarianism and escalating tensions between democracies and authoritarian regimes, peer-to-peer exchanges are critical in fostering relationships among future leaders. Cultural, educational, and professional exchanges help build understanding and strengthen partnerships between nations and offer future leaders a platform to develop collaborative, innovative strategies to fight back against attacks on democracy and reverse democratic erosion. The United States, EU, and other democracies should increase investments in such programs to empower young leaders to strengthen democratic governance around the world. In the United States, programs such as the Future Leaders Exchange (FLEX) program for high school students from Europe and Eurasia, and the Young Transatlantic Innovation Leaders Initiative (YTILI) Fellowship Program for emerging entrepreneurs from Europe, have provided young people important opportunities for professional development, and fostered lasting, positive relationships among potential future leaders. Democratic governments should also help fund events that connect activists and civil society groups across borders, so they can share strategies, tools, and approaches.

Countering threats to democracy in Europe and Eurasia

The European Union should take urgent action to end ongoing attacks on democracy inside the union. The EU’s rule-of-law mechanisms should be used in a strategic, comprehensive, and systematic manner, deploying all tools available including infringement and monitoring measures, as well as financial penalties. The European Commission last year added a mechanism to the EU’s budget that allows the EU to withhold funding for member states that fail to uphold the rule of law. Poland and Hungary have filed a complaint with the European Court of Justice (ECJ) over this new mechanism. The ECJ should address this complaint in an expedited manner, and the European Commission should trigger this mechanism against noncompliant member states as soon as possible. The commission should also enforce Article 260 of the Treaty on the Functioning of the European Union (TFEU), which allows for financial penalties in cases where a member state fails to implement ECJ rulings. For Article 7 proceedings, which aim to punish member states that violate the common values of the EU by suspending certain rights guaranteed by the Treaty on the European Union (TEU), the European Council should keep Poland and Hungary on the agenda and organize at least one hearing per EU presidency.

Take steps to more effectively address kleptocracy and transnational corruption. Governments broadly agree that addressing the corrosive effects of global corruption is critical. However, the nearly universal political statements of intent to combat corruption have not been translated into effective action to root it out. Any serious effort to promote democracy and counter authoritarianism must include measures to combat corruption and kleptocracy, which have become business models for modern-day authoritarians.

Read the latest policy recommendations from Freedom House on a number of pressing global issues.