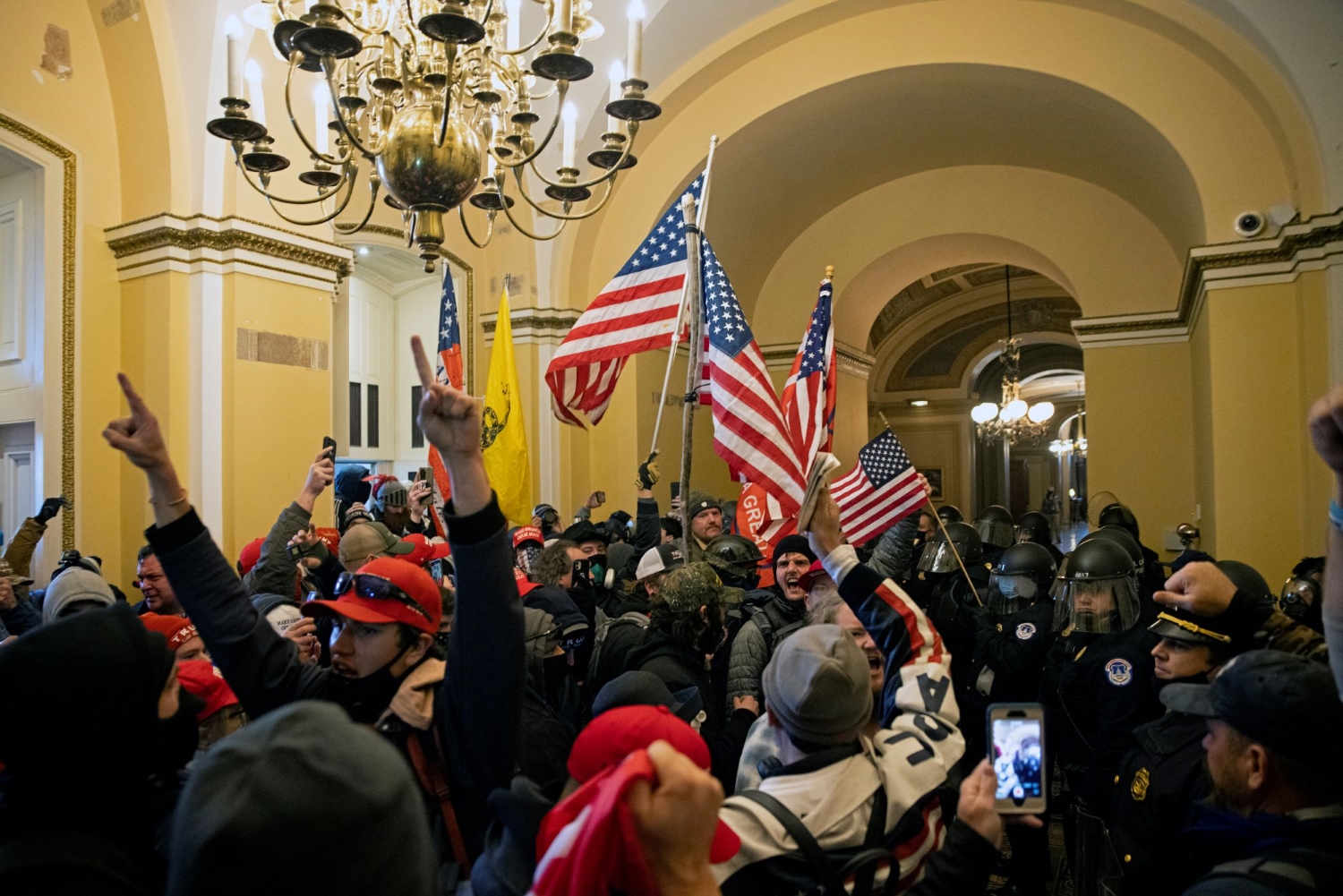 Reversing the Decline of Democracy in the United States

As foreign autocrats resort to increasingly brazen forms of repression to entrench themselves in office and support authoritarian influences around the world, undemocratic forces in the United States have engaged in their own efforts to undermine institutions that are designed to check their power and protect the rights of all Americans.

The resilience of US democracy is being put to the test. As foreign autocrats resort to increasingly brazen forms of repression to entrench themselves in office and support authoritarian influences around the world, undemocratic forces in the United States have engaged in their own efforts to undermine institutions that are designed to check their power and protect the rights of all Americans. To reignite the promise of US democracy and safeguard their freedoms and long-term interests, Americans must rise above partisan divisions, renew their shared commitment to fundamental democratic principles, and bolster rules and structures that maximize the common good.

The United States remains a Free country with a strong rule-of-law tradition, robust protections for civil liberties, and a vibrant political system. However, amid a 16-year decline in global freedom, democracy in the United States has suffered serious erosion. The US score in Freedom in the World fell by 11 points on a 100-point scale in the decade from 2010 to 2020, with an accelerated deterioration of 6 points during the presidency of Donald Trump. In Freedom in the World 2022, which covers the events of 2021, gains in the US score were counterbalanced by declines and the total remained at 83. That put the country on par with Panama, Romania, and South Korea, and about 10 points below historical peers like Germany and the United Kingdom.

The weakening of American democracy did not start with President Trump’s direct pressure on democratic institutions and rights, and his departure from the White House has not ended the crisis. Disturbing problems that predated his administration—legislative dysfunction, partisan gerrymandering, the excessive influence of special interests in politics, ongoing racial discrimination, and the spread of polarization and disinformation in the media environment—remain unaddressed. Meanwhile the former president’s damaging impact on the political system has persisted beyond his tenure in office. It is already clear that the effects of his campaign to overturn the results of the 2020 election—culminating in the attack on the Capitol on January 6, 2021—will reverberate for years to come, in part by stoking public mistrust in the electoral process more broadly.

Political participation has been impeded by a rise in threats against officeholders. Since leaving office, Trump and his allies have sought to marginalize and punish members of the Republican Party who seek to uphold democratic principles and refuse to go along with his narrative of a stolen election. In addition, the smooth and impartial administration of future elections is threatened by the increasing politicization of key positions and processes at the state level, and by a surge in harassment of incumbent election officials that has already led an unprecedented number to resign. This further erodes public trust in the ability of US institutions to uphold democratic principles. As experienced professionals and public servants are replaced by extreme partisans, confidence in the system could deteriorate further.

Although the Biden administration has made promoting democracy an explicit part of its foreign and domestic policy agendas, it has so far struggled to advance its democratic reform agenda at home. While US scores improved in two critical areas, transparency of government and freedom of assembly, these gains were offset by losses stemming from the rise in political violence and threats as well as a decline in academic freedom, a sign of growing illiberalism in the public square. Educators and educational institutions have faced mounting pressure for several years, including the obstruction of on-campus speech that some find objectionable, attempts to dismiss or punish scholars for their views or work, efforts to limit student access to certain books, and a series of government restrictions and citizen threats related to the discussion of race and other controversial topics in the classroom.

Freedom in the United States declined under the last administration for a variety of reasons, including its flouting of anticorruption safeguards and other oversight mechanisms, and its discriminatory and often arbitrary or abusive immigration policies. The scores associated with these breaches have yet to recover. Many of the weaknesses in ethics rules that were exposed under Trump have not been addressed, while new evidence of conflicts of interest among members of Congress have emerged. And despite some efforts at reform, the Biden administration has largely failed to reverse its predecessor’s most problematic policies on asylum and immigration. The US electoral process may be further tested as some states have introduced laws that may undermine election integrity and limit voting opportunities for specific segments of the population.

The US scores on the Freedom in the World indicators related to equal treatment under the law and improper influences on the political system are especially low for an established democracy. On the latter indicator, in the wake of January 6, the country ranks alongside the Philippines and Bolivia, and below South Africa, India, and Romania. On equal treatment, due to declines related to immigration and refugee policies, the United States is now level with Greece, Paraguay, and Ghana, and below Albania, Romania, and Italy.

The components of democracy Trump attacked had already been weakened by years of increasing political polarization, manifested in everything from a highly partisan judicial appointment process to perennial brinksmanship over the debt ceiling. Similarly, inadequate protection against discrimination affecting people of color in many parts of society, especially Black and Native Americans, was a stain on the American dream—the idea of a fair society in which hard work is rewarded, regardless of the circumstances of one’s birth—long before the Trump administration blocked asylum seekers without due process or used force to disperse demonstrations against racial injustice.

A more troubling trend has been the dramatic shift in Americans’ perceptions of acceptable political behavior over the past several years, and an increased willingness to sacrifice democratic institutions for the sake of partisan gain. More extreme actors—in politics and society—could build on the sorts of transgressions Trump and others have helped to normalize and cause even greater damage.

It is essential for all Americans who value democracy, especially elected officials who have sworn an oath to uphold the constitution, to work together to address the polarization, skepticism, and distrust that are fueling the country’s decline, and to ensure that the US democratic system functions for the benefit of the entire population. Democracy may be resilient, but it is never static or unchallenged, and all societies must make a sustained effort to fortify their public institutions against antidemocratic assaults and the erosion of citizen trust.

One of the great strengths of any democracy is the means it provides for people to bring attention to its own flaws and attempt to correct them. The United States is a country with great influence on the global stage, but its ability to advance democratic values and interests in the world depends on its success in addressing its domestic shortcomings. If Americans can overcome these obstacles, their nation will gain credibility in the global struggle for democracy and serve as a beacon for those fighting for their own freedom around the world.

The Global Expansion of Authoritarian Rule

Around the world, the enemies of liberal democracy are accelerating their attacks. Read the full Freedom in the World 2022 essay here.

Explore the interactive Freedom in the World 2022 map here, where you can view country scores, Freedom Status, and also view by trend. You can also download the static map file here.

Visit our Countries in Detail page to view all Freedom in the World 2022 scores and read individual country narratives.