Nations in Transit is the only comprehensive, comparative, and multidimensional study of reform in the former Communist states of Europe and Eurasia. Nations in Transit tracks the reform record of 29 countries and administrative areas and provides Freedom House's most in-depth data about this vast and important region.

A growing number of leaders throughout Europe and Eurasia have dropped even the pretense of playing by the rules of democracy.

What Is Nations in Transit? 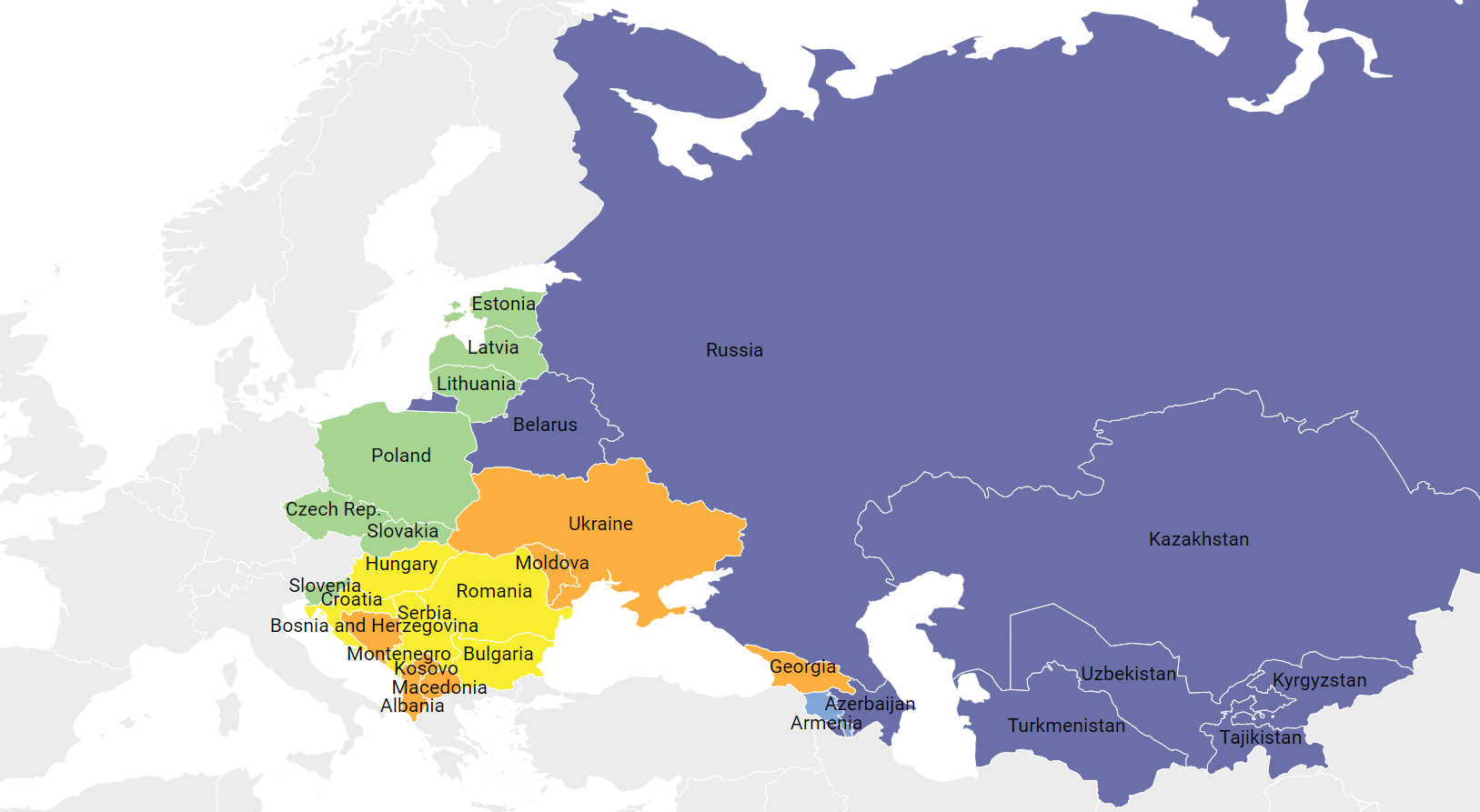 Nations in Transit is Freedom House’s research project on democracy in the 29 formerly communist countries from Central Europe to Central Asia. The flagship of the project is an annual survey of democratic reform that has been published since 1995, and with the same methodology since 2003. Nations in Transit also publishes briefs on topics relevant to democratic reform in the region.

What Does Nations in Transit Measure?

The Nations in Transit annual report researchers score the countries on a scale of 1 to 7 in seven categories: National Democratic Governance, Local Democratic Governance, Electoral Process, Independent Media, Civil Society, Judicial Framework and Independence, and Corruption. Category scores are based on a detailed list of questions available here. These category scores are straight-averaged to create a country’s “Democracy Score” on a scale of 1 to 7, with 1 being the most democratic, and 7 the least.

Freedom House contracts independent researchers from academia, journalism, and civil society for each country to draft the country reports and make the initial scoring. These draft country reports and score proposals are sent to between three and six reviewers per country per year for comments. After researchers have a chance to respond to the comments, Nations in Transit and its advisors meet to finalize scores for each country. Where possible, scores reflect the consensus of researchers, reviewers, advisors, and Freedom House, but Freedom House has the final vote on all score changes.

The annual report is funded through a grant from the U.S. Agency for International Development (USAID).

To counter the democratic breakdown recorded by Nations in Transit, democracies, especially the United States and European Union member states should act now.

Explore trends in democracy status across the region spanning from Central Europe to Central Asia via the Nations in Transit 2020 interactive map.