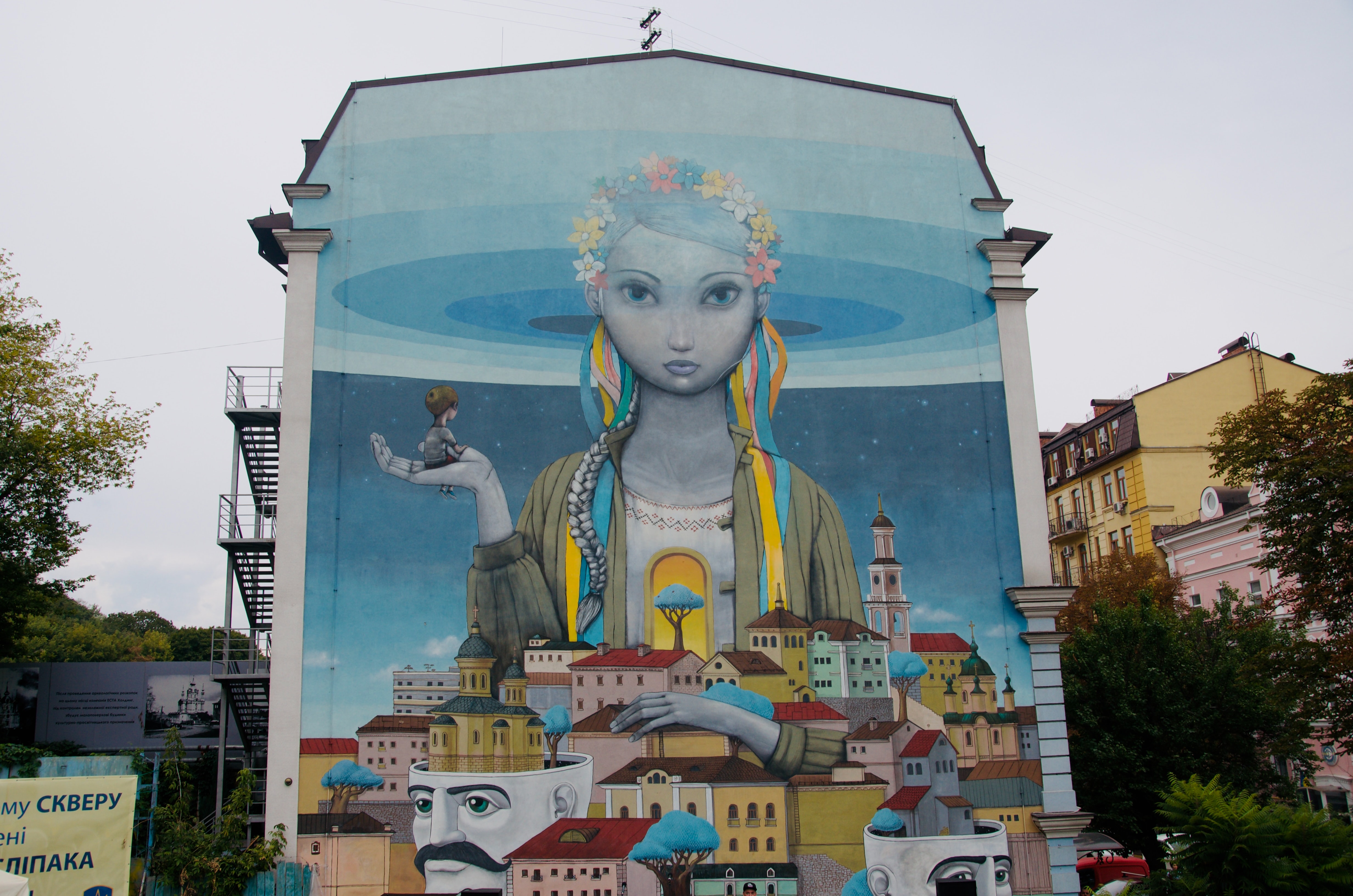 Freedom House works to support civil society activists, media, and citizens in advocating for expansive freedom of expression in Ukraine.

Freedom House works to support civil society activists, media, and citizens in advocating for expansive freedom of expression (FOE) in Ukraine in order to galvanize government actors to develop policy that upholds respect for international standards of FOE. Freedom House and its partners support journalists, civil society activists, and others to develop the capacity and nuanced understanding to take collective action to protect FOE. Freedom House also develops and leverages a considerable body of evidence to support FOE advocacy and defense, ensuring that FOE is defended from the local courtroom up to parliamentary hearings.

Advocacy for Freedom of Expression

Freedom House and partners work to establish collaborative relationships with local authorities and the police to address the crisis of violence against journalists.

Under this project, Freedom House supports independent researchers based in Ukraine for forward-looking briefs that focus on media and human rights issues. 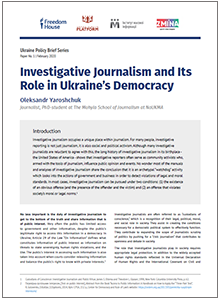 In January 2020, Freedom House published its first policy brief in this series, titled “Investigative Journalism and Its Role in Ukraine’s Democracy.” Written by local analyst Oleksandr Yaroshchuk, the brief outlines the role of investigative journalism in Ukraine’s democracy, as well as the obstacles that journalists face in the course of their work. It concludes by emphasizing the need to protect journalists from harassment and intimidation and the necessity of media and other organizations to document and report such incidents. 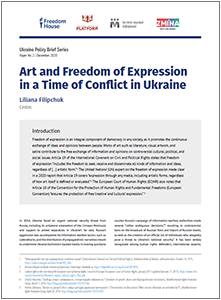 In January 2021, Freedom House published its second policy brief, “Art and Freedom of Expression in a Time of Conflict in Ukraine.” The brief, written by Cedos analyst Liliana Filipchuk, details the increasing restrictions to freedom of artistic expression in Ukraine and the main actors responsible for artistic censorship. In particular, the brief determines the extent to which such restrictions are justified and proportionate given Ukraine’s national security interests and international obligations to uphold human rights.

Freedom House works to improve Ukraine’s response to hate-motivated violence and ultimately to decrease its incidence.

During the height of the outbreak of the COVID-19 coronavirus, Freedom House is working to document and address human rights abuses connected to government responses to the pandemic. (Completed: July 2021)

From 2016-2021, Freedom House worked to improve respect for the human rights of LGBT+ people in Ukraine by strengthening and growing broad-based civil society and allies’ engagement. (Completed: October 2021)