In a recent conversation with Freedom House, Befekadu Hailu outlined what he believes are the three biggest threats to Ethiopia’s burgeoning democracy. 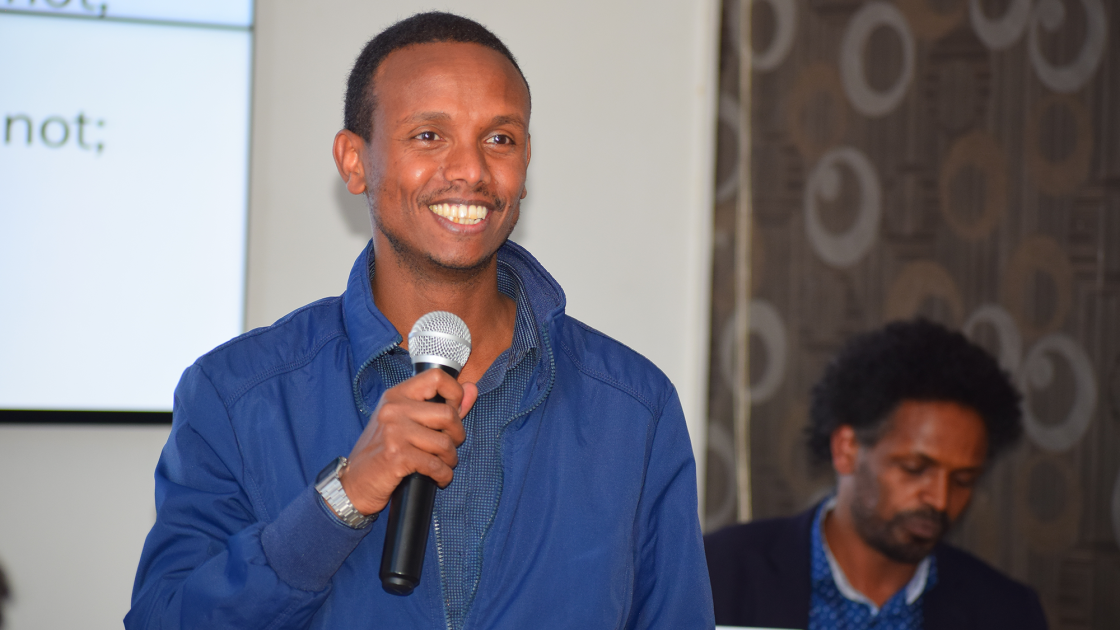 In 2011, Befekadu Hailu started a blog. Though now a cofounder of Ethiopia’s Center for the Advancement of Rights and Democracy (CARD), he didn’t start writing with activism in mind; rather, Befekadu just wanted a place to share his thoughts about human rights and the prospect of democracy in Ethiopia.

In entries layered with Ethiopian history, poetry, and UN statistics, Befekadu called out mismanagement and oppression by authorities and detailed the lack of protection for Ethiopians’ basic rights. In response, the authoritarian government promptly blocked the blog.

The act of censorship awakened Befekadu to the gravity of threats to human rights and democracy in Ethiopia. From that moment, his civic involvement grew. Authorities again took notice, at one point jailing him for 18 months on trumped-up terrorism and conspiracy charges, along with other members of the prodemocracy and human rights bloggers’ collective known as Zone 9.

In 2018, following several years of antigovernment protests and leadership turnover, the ruling party announced that it would pursue democratic reforms, which included repealing a repressive law that for decades had stifled freedom of expression and assembly. The door opened for a more vibrant civil society in Ethiopia, and Befekadu’s work evolved beyond individual and informal group activism. In 2019, he and his fellow organizers took their largest step yet toward, in his words, “institutionalized” advocacy by founding CARD, which elevates the needs and voices of local people as part of a rights-centered approach to advancing Ethiopian democracy.

The road to an open democratic society, however, is long and winding. In a recent conversation with Freedom House, Befekadu outlined what he believes are the three biggest threats to Ethiopia’s burgeoning democracy—foundering institutions, coordinated disinformation, and a weak culture of civic engagement—and described the increasing toxicity of Ethiopian politics over the past year.

The government’s more tolerant attitude has faded since the democratic reforms of 2018, Befekadu noted, pointing to the imprisonment of political opposition leaders and journalists critical of the government. More recently, a government-led incursion into the Tigray Region has displaced tens of thousands of people, leading to untold civilian casualties, and has featured mass arrests and the detention of more journalists as they attempt to cover the conflict. These events have discouraged open activism not just at CARD, but among rights advocates across the country.

“The smear campaign and misinformation propaganda of both state and nonstate actors has forced us to censor our public advocacy,” he said. To cope, CARD has shifted away from using social media and online tools in their work, preferring to engage face-to-face with young people, activists, and the media.

Despite the challenges, Befekadu is hopeful for the country’s future, and CARD is hard at work teaching conflict-sensitive civic engagement strategies and combating misinformation and hate speech. They are also taking action to mitigate threats of violence ahead of Ethiopia’s national elections in June, sharing concerns and early warning signs with the country’s election board, human rights commission, and other stakeholders; conducting media literacy programs; running a voter education program; and taking part in an election observation mission.

“The motive for political participation has been fast increasing in the past half decade,” said Befekadu. He is hopeful that young Ethiopians will demand further policy liberalization, but recognizes the role of civil society in providing tools so that engagement is civil and well-informed.

Freedom House is proud to be among those supporting Befekadu and CARD’s ongoing drive to empower a new generation of rights defenders and advocates for Ethiopian democracy.

This article originally appeared in the Freedom in the World 2021 report.