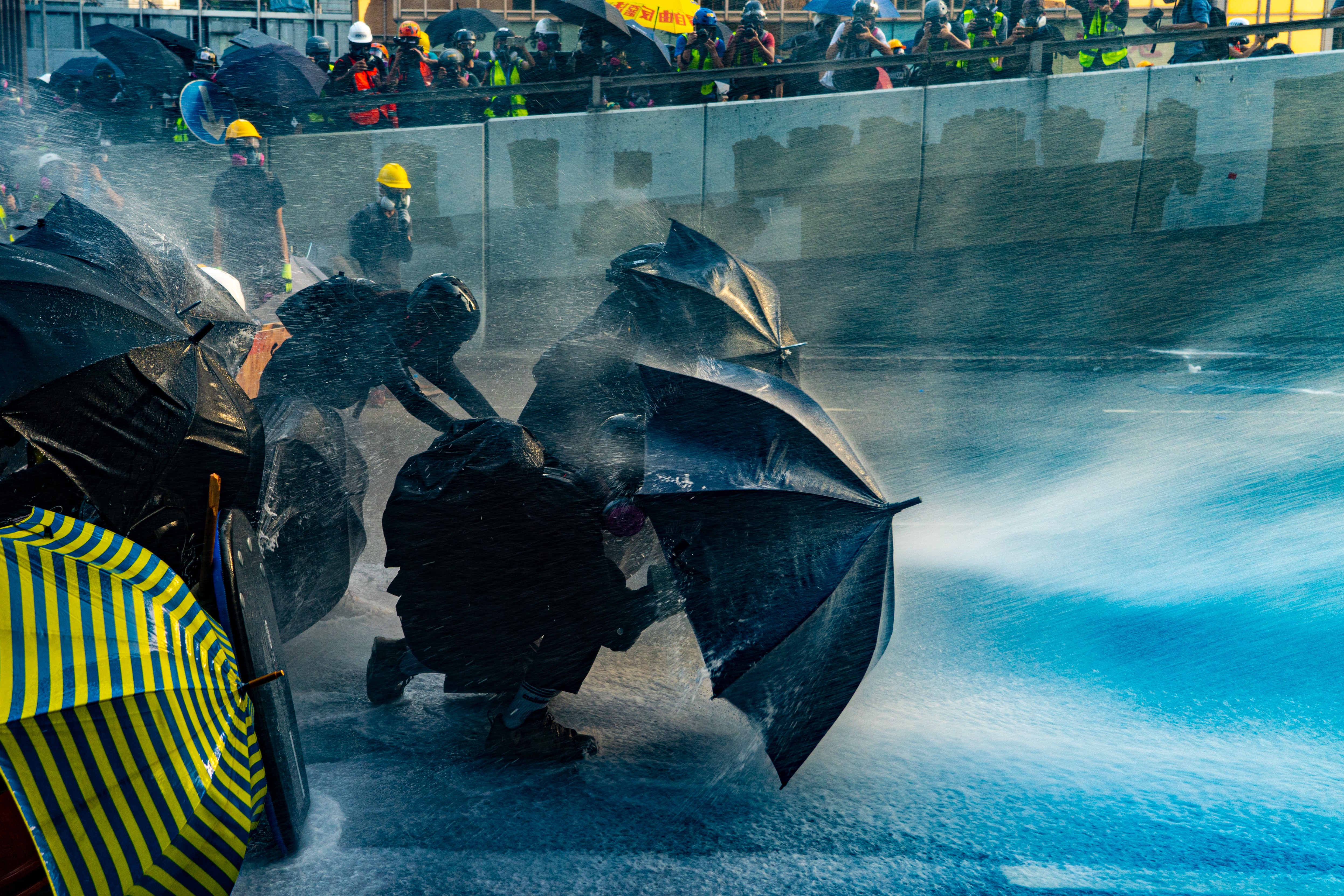 A growing disregard for the conditions that form the foundations of democracy—including respect for the rights of minorities and migrants, space for critical dissent, and commitment to the rule of law—threatens to destabilize the democratic order. At the same time, prioritizing a narrow support base at the expense of ensuring fundamental freedoms for all, and neglecting to tie democratic principles to foreign policy, leaves democracies vulnerable to interference from authoritarian regimes, which have increased repression at home and abroad.

Democracies should work to support their core principles at home and around the world. The following recommendations are intended to provide a framework for democratic countries as they pursue this goal.

Respect, protect, and fulfill human rights at home. Attacks by elected leaders on democratic institutions—including the press, an independent judiciary, and anti-corruption agencies—and on the rights of minorities and migrants undermine faith in democracy around the world. Democratic leaders should demonstrate respect for fundamental norms at home by adhering to domestic legislation in line with international human rights laws and standards, and refraining from rhetoric that undermines these standards.

Require social media companies to report foreign efforts to spread online disinformation and propaganda. Social media companies should be required to report regularly to target governments on efforts by foreign governments and nonstate actors to manipulate public opinion and undercut democratic values by spreading disinformation and propaganda on their platforms. In the United States, the government should assess which entities would be the most appropriate to receive these reports, since this information is of interest across jurisdictions, including to intelligence agencies, Congress, the US State Department’s Global Engagement Center, the Securities and Exchange Commission, and the Department of Justice. The US government should carefully decide on the types and sizes of social media companies required to comply, the data they must submit, and appropriate penalties for noncompliance. The entity receiving the information should report findings regularly to the public and make the data publicly available, while ensuring the protection of users’ privacy.

Address the use of bots on social media. Bots (automated accounts pretending to be real people) can be used to distort the online media environment by rapidly spreading false information, fomenting discord, and drowning out independent reporting and factual information. Democracies should address the use of bots in social media manipulation. In the United States, the proposed Bot Disclosure and Accountability Act (S. 2125) would authorize the Federal Trade Commission to require the conspicuous and public disclosure of bots intended to replicate human activity.

Preventing election interference. Efforts should include protecting elections from cyberattacks through the use of paper ballots and election audits, and improving transparency and oversight of online political advertisements. In the United States, Congress should pass and the president should sign the Honest Ads Act (S. 1356/H.R. 2592), which would modernize existing laws by applying disclosure requirements to online political advertising.

Strengthening laws that guard against foreign influence over government officials. Legislative proposals requiring greater transparency about officials’ personal finances and campaign donations, more rigorous standards for the disclosure of conflicts of interest, and the establishment of a clear code of conduct for engagement with foreign officials can help insulate governments from foreign attempts to subvert democratic institutions. In the United States, this could include passing legislation to enforce the principles of the constitution’s foreign emoluments clause, closing loopholes in rules on reporting foreign influence, and modernizing financial disclosure requirements for elected officials.

Preventing corrupt foreign officials from laundering stolen assets through democracies. Corrupt actors steal more than $3 trillion annually from their home countries, the effects of which undermine institutions critical to democracy and harm economic growth in these countries. Stolen funds are routinely funneled through international financial markets, laundered via seemingly legitimate purchases in democratic nations. These practices pose a risk to the reputations of companies unwittingly involved and to financial markets overall. Democracies should strengthen transparency laws to ensure that accurate identifying information about purchasers and their funding sources is available. Governments should ensure robust enforcement of laws and investigate and prosecute violators when necessary. In the United States, lawmakers should advance proposed measures like the Corporate Transparency Act (H.R. 2513) and the similar ILLICIT CASH Act (S. 2563), which would prohibit corrupt actors from hiding behind shell corporations by requiring the disclosure of true, beneficial owners.

Making the fight against kleptocracy and international corruption a key priority. In the United States, the proposed CROOK Act (H.R. 3843) would establish an action fund that would offer financial assistance to foreign countries during historic windows of opportunity for anticorruption reforms. Another draft law, the Combating Global Corruption Act (S. 1309) would require the US government to assess corruption around the world and produce a tiered list of countries. US foreign assistance directed at the lowest-tiered countries would require specific risk assessments and anticorruption mechanisms, such as provisions to recover funds that are misused.

Restrict the export of sophisticated surveillance tools to unfree countries, and require businesses exporting dual-use technologies to report on the human rights impact of those products. Technologies such as facial-recognition surveillance, social media monitoring, and targeted interception or collection of data equip authoritarian governments with new and robust power to violate fundamental rights. The sale of such technologies—including those that use machine learning, natural-language processing, and deep learning—should be restricted for countries rated Partly Free or Not Free by any Freedom House publication. Businesses exporting dual-use technologies (those with both civilian and military purposes) should be required to report annually on the impact of their exports, including by disclosing the countries to which they have exported such technologies, potential human rights concerns in those countries, a summary of pre-export due diligence undertaken to ensure that the products are not misused, any human rights violations that have occurred as a result of the use or potential use of their technologies, and any efforts undertaken to mitigate the harm done and prevent further abuses.

Defend and expand democracy around the world

Emphasizing democracy-strengthening programs in foreign assistance. Democracies are to be applauded for the significant resources they have invested in recent decades to strengthen democratic movements, systems, and institutions around the world. Yet significant, consistent funding and creative approaches that take advantage of new technological tools and data are needed to counter authoritarian resurgence. Democracies should select priorities based on recognition of what can realistically be achieved through external assistance, with emphasis on long-term and locally driven solutions. A high priority should be supporting nonstate actors, including civil society and citizen-led social movements, with technical assistance and training on issues such as coalition and constituency building, advocacy, and how to operate safely both physically and digitally. Connecting activists across borders so that they can share strategies, tools, and approaches should also be prioritized. Programs that ensure that elections are free, fair, and transparent and that power is genuinely contested are also critical.

Focusing attention and funding on countries at critical junctures. These include countries that have experienced recent expansions in freedom, such as Ethiopia and Sudan, as well as countries in which democratic progress is threatened, such as Benin and Sri Lanka. Policymakers from democratic nations should engage in high-level public diplomacy with these states to signal international commitment to democratic progress. Funding should assist democratically inclined leaders and local civil society organizations in delivering tangible expansion of political rights and civil liberties.

Investing in alliances with other democracies, and in multilateral institutions. Confronting authoritarian and antidemocratic trends globally requires a united front among democratic nations. Assumptions that a country’s individual sovereignty is threatened by deep cooperation with allies will only isolate democracies from one another, leaving them weaker and less capable of meeting the challenge of resurgent authoritarianism. Democracies should work together to promote their shared values and constrain the behavior of autocratic powers by coordinating aid and public diplomacy efforts, including by bolstering initiatives that promote transparency and accountability in governance, and by issuing joint statements condemning human rights violations. Full engagement by democracies in multilateral institutions strengthens and improves the work of these bodies; moreover, it helps prevent authoritarian rulers from taking advantage of international systems—such as China’s efforts to constrain Taiwan’s participation in international fora, the recent abuse of Interpol “red notices” to apprehend journalists and rights defenders, and joint efforts by undemocratic rulers to cut the number of human rights–related jobs within UN peacekeeping missions.

Addressing impunity by imposing targeted sanctions on individuals and entities involved in human rights abuses and acts of corruption. In the United States, a variety of laws allow authorities to block visas or freeze the assets of any person or entity, including private companies, that engages in or supports corruption or human rights abuses. These accountability tools allow governments to sanction perpetrators without harming the general population, and should be applied to individuals and entities regardless of whether their home country is considered an ally or adversary. Countries with similar laws should robustly enforce them, and legislatures in countries without such laws should seek to pass them.

Recommendations for the Private Sector

Adhere to the UN Guiding Principles on Business and Human Rights. This includes avoiding commercial relationships with authoritarian governments that force them to violate fundamental rights. Instead, companies should commit to respecting the human rights of their customers and workers. As part of this effort, they should conduct periodic assessments to help them fully understand the effects of their products, policies, and activities. Upon completion of these assessments, companies should develop actionable plans to remedy any evident or potential harm. Given its unique position in authoritarian settings, the technology sector in particular should refuse business arrangements that require either active complicity in or passive acceptance of political censorship and information controls. All companies should ensure that products are not being manufactured through the use of forced labor, and that joint research is not being used for rights violations.

Evaluate potential partners’ adherence to the UN Guiding Principles on Business and Human Rights. Companies should refrain from partnering with entities that do not adhere to these principles. Companies can also abstain from forming partnerships with companies that are wholly or partially owned by states known to violate human rights.

Develop rapid-response teams to address cybersecurity and disinformation incidents. Ahead of significant elections and at times when political tensions are high, social media companies and other content providers should create specialized teams in countries around the world that anticipate digital interference, and devise strategies to prevent interference tactics and mitigate their effects. When designing and implementing new tools to address cybersecurity and disinformation, companies should communicate openly about what new policies they are putting in place and engage with local civil society actors that can provide expertise on the political and cultural contexts in which companies work. Companies should also consult objective research that will help inform them of potential flashpoints.