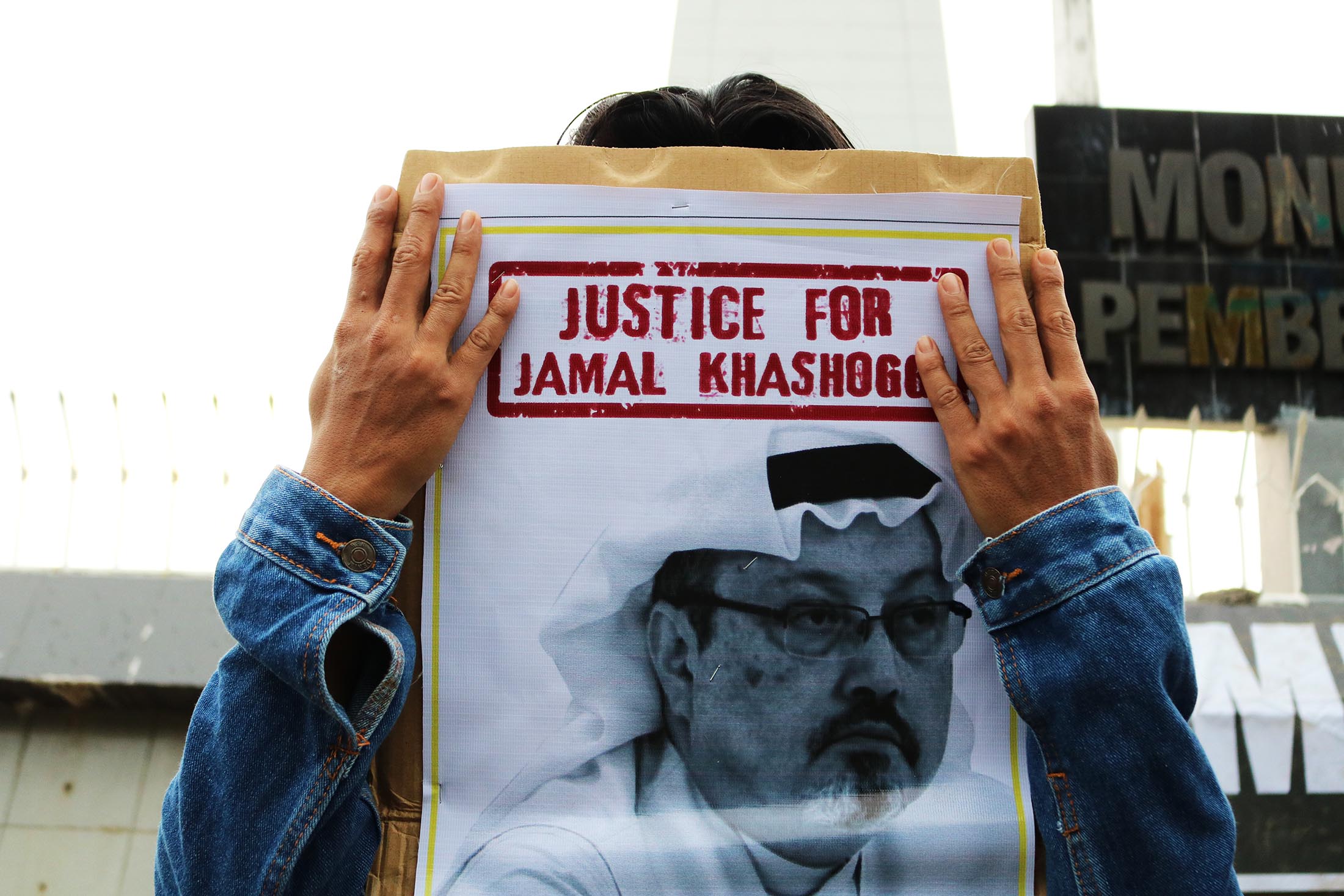 Perspectives on “Everyday” Transnational Repression in an Age of Globalization

Authoritarian states increasingly seek to maintain control over diasporas and exiles. The range of tactics is broad, and the consequences for affected communities are severe.

“Transnational repression” is a term used to describe how countries silence their exiles and diasporas abroad. It encompasses a spectrum of tactics, from assassinations, to renditions, to spyware, to intimidation of exiles’ family members who have stayed behind. As a transnational phenomenon, it is inseparable from broader trends of globalization. States employ the tactics of transnational repression within patterns of international mobility and finance, through legal institutions that regulate migration and citizenship, and via digital technologies that enable instantaneous and constant communication across borders.

This means that transnational repression is also embedded in “global authoritarianism”: the adaptation of authoritarian states to global capitalism and the existing international order following the shock of the end of the Cold War.  Unlike during the Cold War, modern authoritarianism does not seek to shield itself from the international order but to integrate with it and rebuild it from the inside.  One of the purposes of this integration for states that explicitly sabotage demands for accountability and transparency from their citizens within their borders is to impose authoritarian controls upon them beyond their borders. Through transnational repression, authoritarian states seek to maintain control over diasporas and exiles, migrants, international students, and others, extending the sphere of authoritarian governance beyond their sovereign boundaries.

This collection of essays seeks to elaborate on the issues raised by transnational repression as a widespread phenomenon embedded within globalization. The purpose of the collection is to provide policymakers, human rights activists, and journalists with perspectives on the pressures that emigrants, exiles, and diasporas experience from their countries of origin, the lesser-known tactics they face, and to provoke thinking about how to address transnational repression.

The first and second essays explore the most widespread, but somewhat underdiscussed, mechanisms of transnational repression—what one might call “everyday” transnational repression, because of how ubiquitous it is. In his essay, Marcus Michaelsen explains the importance of digital tools in this discussion. All activists in the twenty-first century rely on digital media and tools, but exiles and diasporic communities are even more reliant on these due to their physical estrangement from their origin countries. Digital repression is a serious risk in an era where activists must use social media and digital communication tools to conduct their work, and where a person’s private life is fully intertwined with other facets of their digital existence. Even in the infamous case of Saudi Arabia’s murder of the international journalist Jamal Khashoggi, sophisticated digital spyware deployed across borders was an underappreciated component of the violent plot on his life. Michaelsen’s contribution also highlights the role that private spyware companies have played in enabling transnational repression, extending the opportunity for abuses to countries that would otherwise have lacked the technical capacity to target their enemies abroad.

In the second essay, Fiona Adamson and Gerasimos Tsourapas lay out a typology for understanding another widespread form of transnational repression: coercion-by-proxy, or pressure on exiles’ family members, associates, or acquaintances who remain in the origin country. Adamson and Tsourapas divide coercion-by-proxy into the categories of punishment, deterrence, and compellence, which feed into “the creation of a climate of fear and control in the diaspora.” Such a method is “low-cost” for authoritarian regimes because it does not require violating another state’s sovereignty, and frequently escapes the same level of international scrutiny that other methods might attract.

In the third essay, Dana Moss elaborates on the effects of transnational repression on the role that exiles and diasporas play in support of democracy and human rights in their origin countries. Diaspora activists can be important advocates for their communities by holding their origin states accountable, spreading information, assisting dissidents, and even pressing for legal redress in international forums. Yet, transnational repression tactics can be effective in intimidating diasporas from engaging in activism. Even where diasporas become mobilized, often at times of national crisis, transnational repression techniques sow mistrust among groups, splintering their efforts and making coordinated action harder to sustain. The result, Moss writes, is that origin states “effectively cow the majority of the diaspora into silence.” In line with Adamson and Tsourapas, Moss argues that transnational repression is widespread because it is low-cost in terms of political capital and actual expenditures, and because it works.

Finally, in the last essay, Saipira Furstenberg, Tena Prelec, and John Heathershaw widen the discussion by placing transnational repression within the larger framework of authoritarian influence, through an examination of the ways that authoritarian states are able to use higher education as a means to control discourse and dissent beyond their borders. The internationalization of higher education—in many ways a positive development through the opportunities it presents for international research, exchange, and knowledge-sharing—also is a vehicle for transnational repression and authoritarian influence. International students and faculty abroad become both targets of pressure and tools for its use against others, resulting in self-censorship on sensitive topics even among people not affiliated with the diaspora in question. Fieldwork in authoritarian environments can become a vehicle for repression that, in turn, shapes how the broader academic community engages with a topic. And lucrative satellite campuses opened in authoritarian states often come packaged with implicit restrictions on speech that, in turn, circulate back to the university’s home country. All of these components work together to degrade the quality of academic freedom on topics sensitive to authoritarian states that involve themselves in higher education.

As raised in this fourth essay, the enmeshment of transnational repression in globalization raises difficult policy-response questions. An attractively simple solution to global authoritarianism would seem to be decoupling: separating democracies from authoritarian states, economically, technologically, and socially. Policy in the United States, at least under the current presidential administration, appears to be inclining in this direction regarding China.  Some measures of decoupling may be valid in order to avoid strategic threats to democracies, such as increasing scrutiny of imported technology in key future infrastructure like 5G.

In examining decoupling through the lens of transnational repression, however, one can see how grave the human rights consequences of pursuing indiscriminate, security-focused policies of separation would be. The only foolproof way to protect a diaspora or exiles from targeting by their origin country would be wholesale disconnection, shutting down all means by which states reach their diasporas. This would require increasing state power even more to monitor what contacts diasporas may maintain outside of the community, and what means they can use to do so. Eventually, it would also require restricting even further the ability of people to move across national borders, using data collection methods necessitating greater and greater intrusions into privacy. Such a shift would also further embolden the most illiberal versions of ethnonationalism, with dire consequences for minorities and noncitizens inside democracies. Finally, decoupling in order to protect democracies would shut down the opportunity for democracies to exert influence in authoritarian states. The result would be a new Iron Curtain, abandoning those living under authoritarianism, and forgoing the positive changes of the post–Cold War era in international solidarity, international protection of human rights, and the spread of democratic norms and practices.

Instead, the essays in this collection point to the importance of deepening and strengthening solidarity across borders. Better defenses against transnational repression are a matter of strengthening and increasing connections, not cutting them. Building networks of support and trust, especially among civil society groups, strengthens the sources of resilience that diasporas rely on to push back against transnational repression. Michaelsen’s and Moss’s pieces emphasize the importance of longer-term interventions and support for exiles and diasporas in order to protect them against digital forms of transnational repression. Adamson and Tsourapas, in their essay, emphasize how transnational repression challenges the current country-based reporting of human rights groups (including Freedom House) by calling for more investigations based on “practices” rather than country studies. Regarding higher education, a group of parliamentarians, civil society groups, and academics in the United Kingdom—including those who have been subject to transnational repression—are working together to build a code of conduct to institute greater protections for students and faculty as well as accountability in international university partnerships.

States that host diasporic communities also have a role to play: in supporting such projects of solidarity, including by empowering immigrant communities; in building trust with diasporas in order to keep them safe from targeting; and in shutting down the networks of enablers, like private spyware contractors, that facilitate attacks on dissidents and encourage the spread of dangerous digital tools. To confront global authoritarianism, the default posture should be to deepen democratic solidarity within democracies and with those living in non-democracies, instead of trying to cut ourselves off from them.

Download the PDF for the collected essays "Perspectives on “Everyday” Transnational Repression in an Age of Globalization."

Digital tools make it easier than ever for authoritarian governments to control, silence, and punish dissent across borders.

ESSAY: Coercion-by-Proxy as a Tool of Transnational Repression

Exile often means leaving loved ones and colleagues behind, sometimes at the mercy of governments who target them to gain leverage.

Diaspora activism can be impactful. But transnational repression can deter, silence, and punish those who engage in the fight for rights from afar.

ESSAY: The Repression of Academic Freedom

Lucrative partnerships, foreign access, and expatriate academic networks create many opportunities – including a chance for authoritarian states to assert their influence across borders.

NEW REPORT: Out of Sight, Not Out of Reach

Dozens of governments around the world systemically employ violence against exiles and diasporas, reaching beyond national borders to silence dissent.