For 2023, Make a Resolution to Put Democracy First

There are small actions we can all take to help tip the scales in favor of freedom. 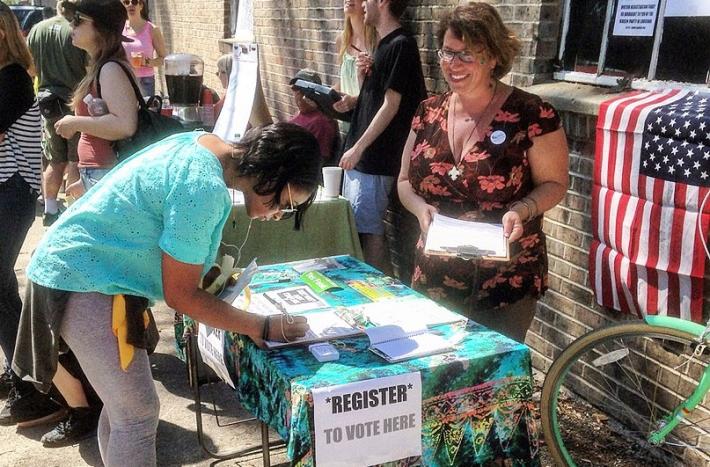 In 1973, Freedom House began monitoring the health of political rights and civil liberties around the world, and in recent years, we’ve had mostly bad news to report. Freedom has been declining globally since 2005, with an attendant rise in authoritarian crackdowns, political instability, and democratic backsliding.

But as we head into the new year, I find myself feeling hopeful that the struggles of 2022 might lay the groundwork for progress in 2023 and beyond. Nearly every day, I wake up to news not only of heinous acts by the Kremlin, the corrupt clerical regime in Iran, or the military junta in Myanmar, but also of the courageous acts of ordinary people—Ukrainian soldiers, Iranian women, Sudanese teachers, and many others—who risk everything to defy tyranny and create a better future for their countries. The past year may be remembered as one in which freedom-loving people around the globe fought back hard against those trying to deny them their fundamental rights.

During my six years at Freedom House, I have been especially struck by the eagerness of people from all walks of life to support the cause of democracy, in the United States as well as abroad. Nearly every time I give a presentation to students, take part in a panel with philanthropists or entrepreneurs, or even mention “democratic decline” in conversation, someone asks, “What can we do?”

The forces driving the global battle between democracy and despotism sometimes seem to be beyond the influence of individuals, but that impression could not be further from the truth. If you want to play a role in tipping the scales in favor of freedom and democracy in 2023, here are a few meaningful, achievable resolutions to consider.

Journalist and historian Anne Applebaum has argued that in order to change the system, you have to join the system. There are many ways to do so, including the following:

Independent journalism is one of the great bulwarks of democracy, and it is at enormous risk. Around the world, autocrats are using physical attacks and digital threats to deter or punish fact-based reporting. At the same time, the rise of social media and the collapse of traditional advertising-based business models have eroded the economic viability of many outlets, exposing them to pressure from key funders or owners. Particularly vulnerable in the United States are local media, whose journalists often have the relationships, knowledge, and interest to investigate vital stories that national outlets don’t cover: The Courier-Journal in Louisville, Kentucky, won a Pulitzer Prize in 2020 for coverage of the state governor’s last-minute pardons, as did the Baltimore Sun for exposing corruption linked to the city’s public hospital system.

These are some of the steps you can take to ensure that your local media have the diverse sources of funding necessary to maintain their strength and independence:

3. Commit to civil dialogue and discourse.

Democracy is built on the peaceful reconciliation of competing ideas and interests, and it grows stronger with more robust conversation, collaboration, and compromise in the public interest. Everyone has a role to play in promoting this process, which could include the following practices:

Democracy in the abstract does not protect, strengthen, or promote itself. Democratic institutions are created, defended, and continually improved by people with a firm commitment to the principles of equality, diversity, freedom, and accountability. Our political leaders should certainly demonstrate such a commitment, but we all have a responsibility to do the same.