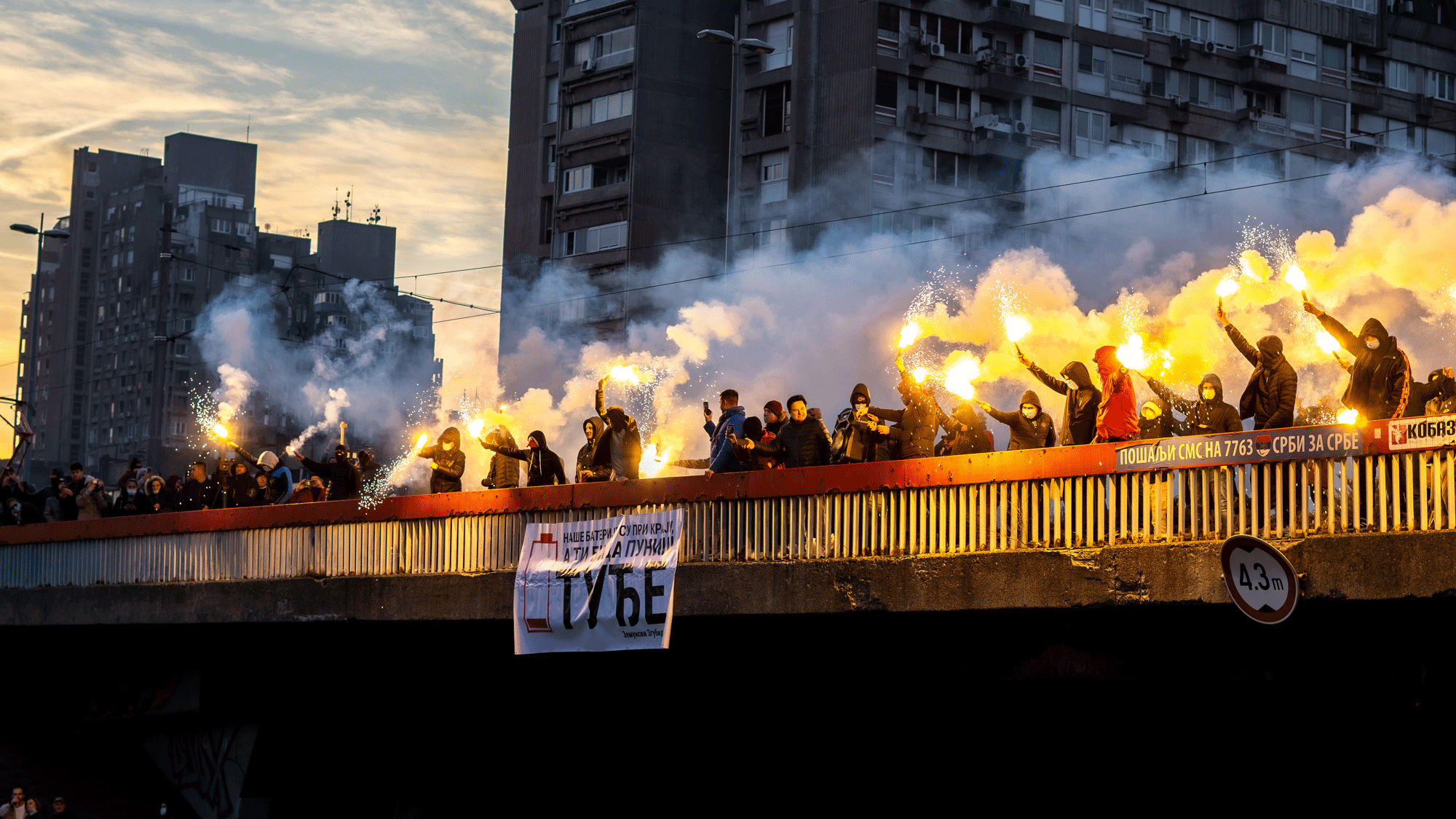 Belgrade, Serbia – Dec. 4, 2021 – Thousands of Serbians take to the streets to protest the government’s support of a planned lithium mine. Image credit: Stefan Milivojevic / Shutterstock