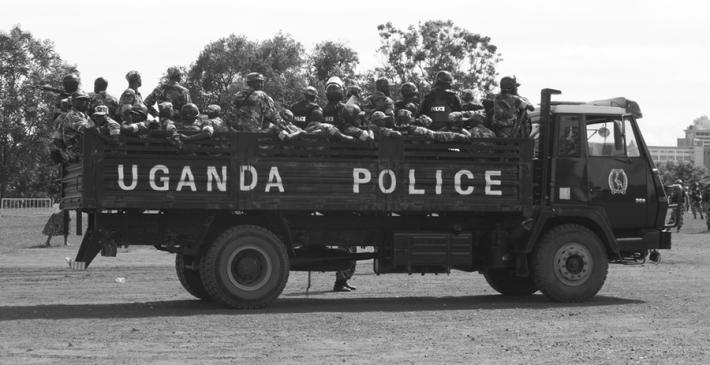 by Donald Rukare, Chief of Party, Rights and Rule of Law Activity, Uganda

In highly publicized incidents over the last few months, police have shot, killed, or brutally beaten civilians in countries including Zambia, Kenya, Burundi, Niger, Democratic Republic of Congo, and Uganda. The violence came mainly in the context of elections in these countries or labor-related protests. While there is no doubt that the police play an essential role in maintaining law and order across the region, the latest spate of abuses do not bode well for democracy, the rule of law, human rights, or economic development in Africa.

In Kenya, police were caught on camera beating up peaceful protesters in May, and officers are suspected in the June abduction and murder of a taxi driver, a lawyer, and the lawyer’s client, who had filed a complaint against a police officer for allegedly shooting him during a traffic stop in 2015.

South Africa, long heralded as one of the continent’s democratic jewels, has suffered an increase in police brutality, with officers accused of killing and raping civilians. There were at least 244 recorded deaths in police custody in 2015, up 4 percent from 234 in 2014, according to a report released at the end of September by South Africa’s Independent Police Investigative Directorate. The agency also found that 124 police officers were linked to rape cases in 2015, up from 121 in 2014. Forty-two of those officers were allegedly on duty during the rapes. Incidents of torture increased by 86 percent to 145 cases, up from 78 cases in 2014. The horrifying scenes of South African police shooting protesting miners at the Lonmin Marikana mine in 2012 are still fresh in our minds.

During the recent election period in Uganda, police used force against opposition members. The Uganda Law Society, religious leaders, and women’s rights groups have all spoken out to demand an end to police brutality in the country. Amnesty International reports that police abuses and restrictions of the right to freedom of peaceful assembly increased in 2015 and 2016. Attacks against activists, journalists, and other media workers continued with impunity. Opposition politicians seeking to participate in the February 2016 elections were arrested and detained, along with their supporters. High-profile incidents in the last few months have included police killings of civilians in the Rwenzori region and the ruthless beating of opposition supporters along the streets of Kampala as some waved to former presidential candidate Kizza Besigye.

More research is needed to clarify why such abusive behavior by police seems to cut across countries, regions, and continents. A recent assessment by the Centre for the Study of Violence and Reconciliation in South Africa came to the conclusion that negligent police management, poor training, disrespect for law and order, criminals within police ranks, and blatant disregard for internal disciplinary procedures are the chief causes behind the scourge of police brutality gripping that country. However, it is quite clear that there is no justification for shooting unarmed civilians or beating nonviolent protesters.

A number of steps must be taken to ensure that police across Africa use only proportionate and reasonable force, and that their operations are subject to effective civilian oversight. People-centered or democratic policing efforts, such as a much-appreciated community policing initiative in Uganda, are required. Governments should invest more in training officers and equipping them with nonlethal tools so as to minimize the harm they inflict in the execution of their duties. Individual police officers who engage in acts beyond the scope of their authority should be held to account. The creation of professional standards units like the one in Uganda is recommended to handle cases of this nature, but the work of such units needs to be active and visible, and they must be given the independence, authority, and resources to do their jobs. This would serve to rebuild public confidence in the police.

To achieve crucial police reforms, civil society activists in Africa could follow the lead of their U.S. counterparts and initiate an African Lives Matter movement. The Black Lives Matter movement in the United States advocates for dignity, justice, and respect. These are critical values and principles that should apply to and be enjoyed by every human being, regardless of their color, sex, political opinion, or religion. African civilians, no less than any other civilians around the world, need to continuously engage with the police, holding them to account and reminding them that our lives must be protected.