In Algeria, an Islamist Threat Still Looms over Domestic Politics

Fear of religious extremism helps explain the lack of democratic development in the country. 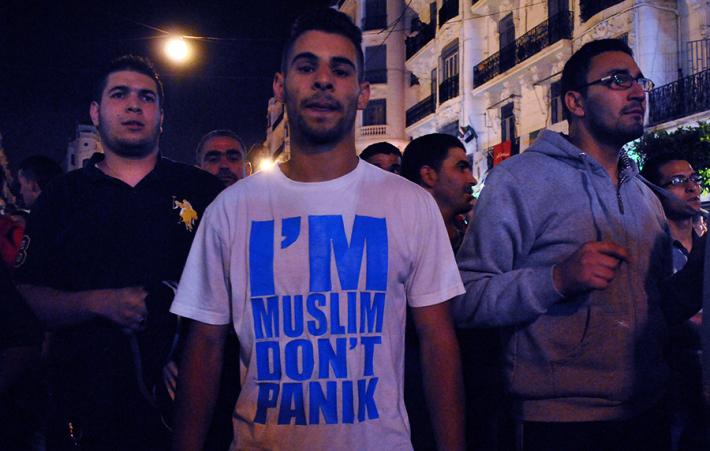 Fear of religious extremism helps explain the lack of democratic development in the country.

Few are optimistic about the prospects for democratization in Algeria, and next spring’s presidential election will provide little encouragement. Although he has not yet announced his candidacy, President Abdelaziz Bouteflika is poised to run for a fifth term. In 2012 he became the longest-serving chief executive in Algeria’s history, and despite his poor health, the 81-year-old maintains the backing of the country’s ruling establishment. As long as Bouteflika stays in power, democratic openings are unlikely.

Many Algerians consider Bouteflika and his longtime ruling party, the National Liberation Front (FLN), to be a bulwark against the religious extremism that has long plagued the country. In 1992, after the military canceled the results of elections that featured a strong showing by the Islamic Salvation Front (FIS), the country was thrown into a brutal civil war that claimed over 150,000 lives. Bouteflika, who took office in 1999, oversaw the end of the war and pursued an ambitious conflict-resolution agenda that culminated in the 2005 Charter for Peace and National Reconciliation. These measures extended an olive branch to Islamists involved in the barbarism of the civil war and sought to reintegrate them into Algerian society, though critics of the charter said it allowed perpetrators on both sides to escape justice and failed to provide full transparency on wartime abuses.

Today’s Algeria bears little resemblance to the war zone of the 1990s. The FIS remains banned, and a combination of state electoral interference and memories of the civil conflict have hampered the performance of legal Islamist parties, which won just 48 out of 462 seats in the 2017 parliamentary elections. However, radicalization remains very much a danger. Adherents of Salafism preach their extreme interpretation of Islam in Algeria’s mosques and other public places. Pressure from Islamists has led to the closure of bars in Algiers and an increase in conservative dress among women. The Bouteflika regime has cited the extremist threat to justify restrictions on freedom of expression and other civil liberties. It has also sponsored construction of the massive Djamaa El Djazair mosque complex to promote a state-approved version of Islam that can challenge Salafism.

Compounding the radicalization in society are regional jihadist insurgencies that have targeted Algeria. Since 2015, affiliates of the Islamic State militant group have launched terrorist attacks in the northern part of the country, while Al-Qaeda in the Islamic Maghreb has been a persistent threat for over a decade. Although many Salafists are ostensibly apolitical and legal Islamist parties seek power through elections, these jihadist groups advocate the violent overthrow of the Algerian state and the establishment of a caliphate. A particularly bloody hostage crisis at the hands of Al-Qaeda in 2013 and an attack on a gas plant three years later underscored continued concerns about security.

The threat of terrorist violence and religious extremism is the main factor behind Bouteflika’s hold on power since 1999. His supporters fear that his departure would result in a dangerous power vacuum. Earlier this summer, Prime Minister Ahmed Ouyahia publicly asked Bouteflika to seek a fifth term, calling it “a choice for stability and in the national interest.” In a May 2018 op-ed, Minister of Foreign Affairs Abdelkader Messahel lauded Bouteflika’s reconciliation efforts and warned of the “vicious cycle of intolerance and violence” that purportedly could return to his country. Ouyahia has said that he will not seek the presidency himself if Bouteflika runs.

Nevertheless, clinging to the status quo is not a long-term option. Whether through defeat, retirement, or death, Bouteflika will leave the scene, and Algeria will have to find more comprehensive and lasting solutions to the problem of religious extremism. It must avoid the recent fate of Egypt, where the regime led by Abdel Fattah al-Sisi has suppressed all dissent and committed massive human rights violations in a purported attempt to root out terrorists. The country should instead draw inspiration from Tunisia, which has laid the foundations of a genuine democracy that includes moderate Islamists while also cracking down on violent jihadists. Indeed, the greatest threat to Tunisian democracy today comes not from militants, but from stalled reforms and retrograde elements of the security forces and political elite—though the country remains in a far better position than either Egypt or Algeria.

Ensuring that post-Bouteflika Algeria tackles its radicalization problem while adopting necessary democratic reforms will not be easy. The paramount challenge for the country is to safeguard outlets for political dissent without allowing them to be hijacked by extremists. Part of the answer is to allow the development of truly independent secularist and moderate Islamist parties, civil society groups, and media outlets that can compete with Salafists in the public sphere. Officials will also need to improve citizens’ trust in the security forces and courts, bolstering law enforcement and reducing the daily injustices that help drive radicalization. But any international engagement on democratization in Algeria must be undertaken with a clear-eyed understanding of the violent legacy and ongoing threat of Islamist extremism.

Daniel Samet is a research associate at the International Forum for Democratic Studies, though the views expressed here are his own.