Americans Must Unite to Defend Our Democracy

Policy opponents can also be allies when it comes to protecting core values and institutions. 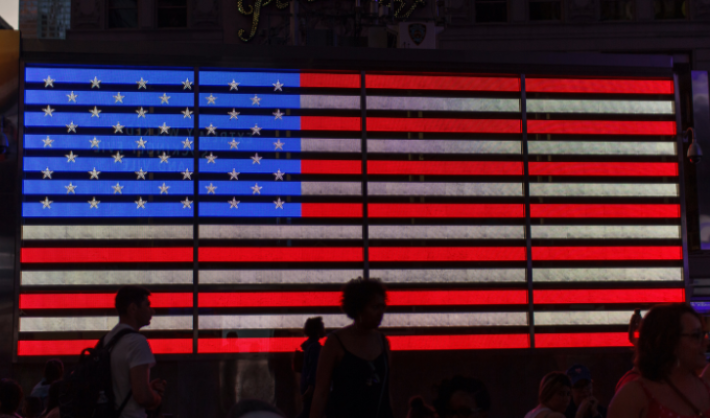 The last outstanding races from the 2022 midterms have been resolved, a speaker of the House of Representatives has finally been selected, and new members of Congress have been sworn in, taking an oath to “support and defend the Constitution of the United States against all enemies, foreign and domestic.” Newly elected officials at all levels of government are now preparing themselves for the hard work of serving the American people. Unfortunately, they must do so under a shadow of concern about the health of American democracy.

According to recent polls, a strong majority of Americans agree that our democracy is under threat. But the same polls show that Republicans and Democrats disagree about the nature of that threat, with many pointing to the opposing party as the key source of danger.

This blame game actually hints at the root of the problem. Americans seem to identify the other party or those with different views as a menace to democracy, rather than focusing on undemocratic behavior as such—even if it comes from within their own camp. At its core, democracy is a system for accommodating a diversity of views, and facilitating peaceful competition among them to achieve the best outcomes. All Americans, regardless of their policy preferences, have an interest in defending that system.

It should therefore be deeply concerning to all lovers of freedom and democracy when political leaders and citizens seek to silence others, manipulate democratic institutions to ensure the victory of their views, or physically threaten opponents simply for holding different opinions. Yet election denialism, intimidation and political violence, and suppression of free speech are on the rise.

In a nation of 330 million people, we will always hold differing views on a wide range of issues. But a robust democracy is based on the primacy of shared democratic values—freedom of expression, the right to vote, the rule of law, and much more—not the victory of any one ideology or party platform. If we fail to restore this basic understanding of our political system, the United States will be hard pressed to reverse the deterioration its democracy has experienced over the past decade.

Of course, defending the right of others to hold different views does not obligate agreement with those views. In fact, our nation is built on the premise that there will be vigorous debates and disagreements over the most important public issues of the day. Healthy competition is central to democracy, and Americans should continue to advocate for the political positions, candidates, laws, and policies that they believe will best serve the public interest.

But we cannot allow our advocacy to curdle into a belief that opposing views must be silenced or eradicated—or that the goal of doing so justifies the destruction of our shared institutions. Americans can and must perform two roles simultaneously: championing our own partisan views within a democratic framework, and working with political rivals to defend and improve that framework when it comes under threat.

This double duty is very easy to forget during a rancorous election season. Partisan polarization has divided our nation into “us” and “them,” with people on both sides often portraying their adversaries as undemocratic, unpatriotic, immoral, or even inhuman.

Now that the elections are over, we must turn to the work of strengthening our democracy and addressing the practical needs of the American people. To be successful, we must shift to a different division of “us” and “them.” The new “us” must be those who stand for the protection of our institutions, for democratic values, and for the expansion of freedom to all people. Those in this group will disagree on many policy issues, hold different ideological views, and look very different from one another. The one thing we must share is the one thing that will allow us to live out our differences peacefully, namely a belief in democracy. We must be united in the understanding that a vibrant democratic government is best suited to deliver prosperity and security for the American people, and that a diversity of views makes us all stronger.

The new “them” must be those who seek to weaken democratic institutions, sow distrust in our society, and question democratic values. They include hate-mongers, purveyors of violence and intimidation, and self-serving fabulists who attack the legitimacy of free and fair elections. Some of them may claim to share our policy views or deepest beliefs, but they clearly do not share our dedication to upholding democracy. We must recognize that their destructive behavior will eventually undermine the freedom of all Americans. They are the real threat to our nation and our future.

So let us unite in vigorously opposing those who are willing to undermine our system for personal or partisan gain, and in working to reverse the decline in our democracy. We must call on our newly elected leaders to govern in this spirit, and we must conduct ourselves accordingly as well.