Amid rising digital repression, Costa Rica serves as a model for Central America—and the world at large

Following the 12th consecutive year of declining internet freedom, it is more important than ever that lawmakers around the world look to model defenders of people’s rights online. One place to look: Costa Rica. 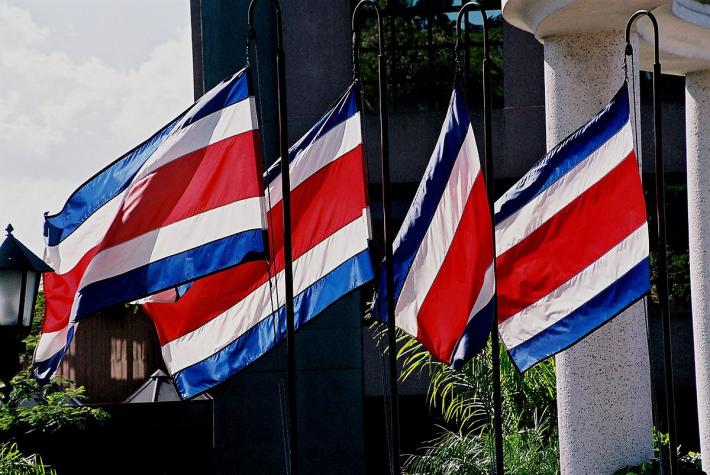 Since adopting a new constitution in 1949, Costa Rica has been a beacon of democratic stability and inclusivity among its Central American neighbors—and the government has carried these convictions into our increasingly digital age. Freedom House ranks Costa Rica as the strongest environment for internet freedom in Latin America and the third best in the world.

Nestled within Costa Rica’s success story as a leader in protecting human rights online is an important lesson: that one government alone cannot adequately defend internet freedom. In Costa Rica, lawmakers, civil society members, public institutions, and private sector actors have worked together to safeguard people’s rights, proving the promise of a multistakeholder approach to good internet governance—both at home, and on the international stage.

Key to realizing the promises of a free and open internet is widespread, reliable, and affordable access. While disparities, like a digital divide between urban and rural users, persist, internet penetration in Costa Rica has jumped from 36.5 percent in 2010 to 82.7 percent in 2021.

The state has played an indispensable role in laying the groundwork for such access, including by writing these rights into core legislation. The national telecommunications legislation, for instance, incorporates universal access and principles of net neutrality. The judiciary has further defended these rights: in 2010, the country’s Supreme Court declared access to the internet a fundamental right, which the government must guarantee and promote.

While essential for holding the powerful to account, words on a page do not, alone, drive progress. So, what does? The answer: achieving meaningful multistakeholder engagement. Cooperation across government bodies and institutions has expanded infrastructure and lessened the digital divide. The state-owned Costa Rican Institute of Electricity (ICE) telecommunications company has teamed up with the social security fund (CCSS) to develop connectivity infrastructure for public health establishments. Private actors have also been essential in funding expansion efforts. In April 2022, private internet service provider (ISP) iTellum received permission to be the country’s official supplier of internet via satellite—a turning point for rural areas where other types of internet connections are not feasible. Investment by local and regional internet providers more broadly has diversified and democratized access to in-home fixed internet across the country.

Getting online is only part of the battle. Protecting people’s rights once they’re there is another.

The Costa Rican government has regularly defended fundamental constitutional rights that apply to online activities, including privacy, access to information, and freedom of the press. In August 2022, the Supreme Court’s Constitutional Chamber declared the 2019 creation of the Presidential Data Analysis Unit (UPAD)—embroiled in controversy over possible government surveillance since first coming to light in 2020—unconstitutional. In May 2022, then president Carlos Alvarado partially vetoed the so-called “Gag Law” for limiting access to certain information, which civil society argued would undermine accountability and deter journalists from publishing information in the public interest.

The government has also leaned on a variety of stakeholders to combat newer threats. The Internet Advisory Council of Costa Rica, created in 2012, encourages interdisciplinary cooperation in the development of internet-related policies, featuring regular participation from academia and civil society.

Fearing the impact of misinformation ahead of February 2022 presidential elections, the Supreme Electoral Court (TSE) worked with Facebook to create a direct channel of communication enabling electoral magistrates to request that posts containing electoral misinformation be removed. A problematic effort under governments who use such channels to scrub the internet of critical speech during political turning points, the TSE established important safeguards to protect freedom of expression, narrowly targeting content with the potential to undermine individuals’ right to vote—like the posting of inaccurate voting center hours.

Similarly cooperative efforts have been used to combat foreign-sponsored cyberattacks. In June 2022, shortly after major ransomware attacks crippled essential public services and led the government to declare a national emergency, the telecommunications ministry announced a joint effort with state universities to address cybersecurity concerns. The collaboration sought to use the tools and knowledge afforded to universities in managing cyberattacks to inform national cybersecurity capacity: an illustration of the potential of the multistakeholder model in strengthening digital resilience.

A model for internet freedom domestically, Costa Rica has expanded its multistakeholder convictions beyond its borders. As a member of the Freedom Online Coalition (FOC), Costa Rica has joined a group of governments committed to supporting and protecting human rights online. In this role, the government has an opportunity to work with likeminded countries to make human rights central to global tech policy.

The state has also urged global reforms to protect online users. Costa Rica became the first country to call for an immediate moratorium on the use of spyware technology in March 2022, situating the Costa Rican government as a needed advocate against a shadowy commercial industry that has for far too long been allowed to run unconstrained.

However, in a world rife with threats to internet freedom and human rights more broadly, Costa Rica’s continued status as a global model for such rights is not guaranteed. President Rodrigo Chaves Robles, who took office in May 2022, has been condemned by international press organizations for intimidating the media. The country’s lack of a complete and up-to-date data protection law also poses a risk, as critics contend that current legislation does not adequately address contemporary challenges such as automated data collection and processing.

Whatever the future brings, however, peers both regionally and globally should learn from Costa Rica’s success. Governments worldwide should support community-based initiatives and promote policies to expand access and build internet infrastructure in underserved areas. Democracies should support online media and foster a resilient information space to combat mis- and disinformation, scaling up financial efforts to support independent outlets and broader civic education and digital literacy initiatives. And, at home and around the world, policymakers should engage further in multilateral forums like the FOC and with a diverse array of stakeholders when crafting legislation or other tech policy. As Costa Rica has shown, the key to strengthening digital resilience lies in the promise of a multistakeholder model.
____
Tessa Weal is a Research Associate for Technology and Democracy at Freedom House. Oscar Mario Jiménez Alvarado, Fernando Martínez de Lemos, and Johanna Rodríguez López were contributors to the Costa Rica Freedom on the Net 2022 report. This piece originally appeared in The Costa Rica News.