Armenia Faces Pitfalls on Its Path to Democracy

A transition that moves too aggressively, or not aggressively enough, could dash the hopes of the velvet revolution. 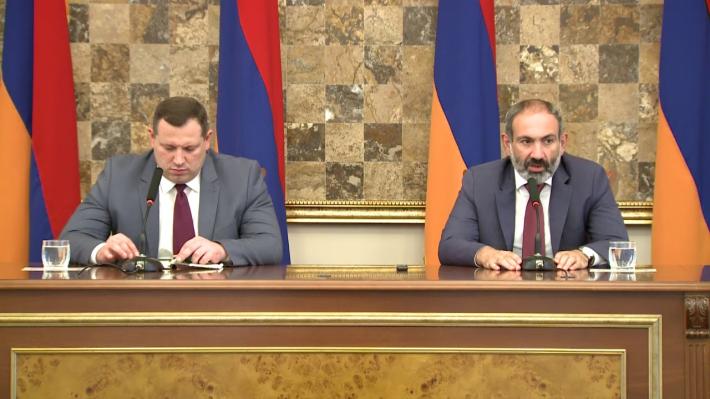 A transition that moves too aggressively, or not aggressively enough, could dash the hopes of the velvet revolution.

In a period dominated by setbacks for global democracy, Armenia emerged as a potential success story just over two months ago, when peaceful protests forced Serzh Sargsyan, who held the presidency for a decade, to step down as prime minister. The demonstrators objected to Sargsyan’s attempt to evade presidential term limits by slipping into a newly empowered premiership. Under enormous public pressure, the ruling Republican Party agreed to confirm protest leader and opposition lawmaker Nikol Pashinyan as the new prime minister in May, allowing him to organize a new government with a mandate for comprehensive reform.

On the one hand, the Republican Party still holds a majority in the parliament, and its cooperation is necessary for any major move that the new government wishes to make, including calling new elections. On the other hand, the power of the street is currently the dominant force in the country, and as long as the new government maintains the public’s support and activism, it can advance its agenda. Balancing these two factors will be extremely challenging, especially concerning demands for justice and real moves against corruption.

Shortly after the change in government, the authorities began revealing the extent of the fraud committed by Sargsyan-era elites. The State Revenue Committee accused a company partly owned by Sargsyan’s brother and nephew of evading 300 million drams ($610,000) in taxes. High-profile arrests of notorious officials like Republican Party lawmaker Manvel Grigoryan began in June. Among other abuses, Grigoryan was accused of stealing schoolchildren’s donations to soldiers to feed to his pet tiger and bears. Karen Grigoryan, Manvel’s son, was forced to step down as mayor of Vagharshapat, the fourth largest city in Armenia, due to his own alleged malfeasance.

In addition, law enforcement agents confiscated more than $1,000,000 in cash from Vachagan Ghazaryan, Sargsyan’s former bodyguard. On June 25, police detained another brother of the ousted leader, Aleksander Sargsyan, on suspicion of illegal weapons possession, though he was released later the same day. Meanwhile, about three dozen alleged crime bosses, some of whom have been accused of helping to falsify past election results, were rounded up and interrogated, leading to three arrests.

The shocking images of masked agents raiding mansions and arresting elites surely brought a long-awaited sense of retribution to the average citizen. However, Armenia could be entering troubled waters. The task of exacting justice on a former regime while maintaining due process and transparency can be exceedingly difficult.

To make its revolution stick, Armenia should draw lessons from the experiences of other countries that underwent protest-driven transitions from an old, corrupt elite to a more reform-minded new leadership.

After Georgia’s 2003 Rose Revolution, hopes were high for democratic improvements. Protest leader Mikheil Saakashvili assumed office as president and immediately set about dismantling entrenched corruption, implementing free-market reforms, and expanding economic growth. Despite successes in reducing organized crime and improving state finances, Saakashvili slowly descended into authoritarian habits. By 2006, around 9,000 Georgians were in prison, and accusations of torture in detention were widespread. The incarceration rate was the highest in Europe and fourth at the global level. People felt terrorized by their own justice system. Furthermore, Transparency International and other groups accused Saakashvili of presiding over a new type of kleptocracy, enriching businessmen close to his ruling party. He stepped down after his second term ended in 2013, and the incoming administration—led by the rival Georgian Dream party—began investigating him and his allies for alleged abuses in office. Last month, a Georgian court sentenced Saakashvili in absentia to six years in prison for covering up evidence related to the 2005 beating of opposition lawmaker Valery Gelashvili.

In Ukraine, after the Euromaidan protests brought down authoritarian president Viktor Yanukovych in 2014, the new government vowed to address the corruption that had dominated the former administration. Four years after the revolution, however, many of its lofty goals have only been partially met. The country recently passed legislation to create an anticorruption court, but critics have said it lacks teeth. President Petro Poroshenko had blocked the establishment of the court until recently, when the International Monetary Fund tied further assistance to its successful creation. Meanwhile, oligarchs left over from previous regimes still control the media and economy. Some became even more powerful by organizing and financing volunteer battalions to fight against Russian aggression in the eastern Donbas. Much of the Ukrainian state remains captured by private interests that the Euromaidan failed to dismantle, slowing down the economy and democratic progress.

Clearly, successful revolutions do not always lead to successful long-term reforms. They can go too far in amassing power and clamping down on the former elite, as in Georgia, or make the mistake of leaving too much of the old system in place, as in Ukraine. Armenia will need to find a middle path to ensure lasting gains.

So far, Pashinyan appears to be heading in the right direction. On June 26, during a meeting with the heads of the National Security Service, the police, and other law enforcement bodies, he told them to make sure that “this process continues more effectively” while “strictly” complying with laws and respecting human rights. If Pashinyan’s government holds true to these guidelines, the country has a fighting chance. He also insisted that there will be no political persecution in Armenia, an important pledge in a country hungry for justice.

But arresting corrupt individuals for their crimes is only one step in addressing the larger problem that plagues Armenia. Without serious and thorough reforms to the judiciary, the police, and other state institutions, the recent crackdown will remain superficial.

Foreign actors, notably the United States and the European Union, should continue their support for Armenia’s reform efforts. For many nascent democracies, international support can make or break the long-term success of a transition.

Piotr Switalski, the head of EU delegation in Armenia, has asserted that the EU is ready to assist the new government, while reminding the country that there are “other necessary elements to be successful in the fight against corruption—good laws, legislation, institutions, public support and awareness.” For its part, the United States should continue funding through USAID and other institutions to support democracy work in the country. And both the EU and the United States should demonstrate solidarity with Armenia through public endorsements of any positive changes.

With further support from international partners and a continued adherence to transparency and due process in the battle against corruption, Armenia has a major opportunity to start out on the right foot on its long path to genuine democracy.