Freedom House issued the following statement in response to police brutality and the mass arrest of peaceful protesters in the Armenian capital of Yerevan on June 22. 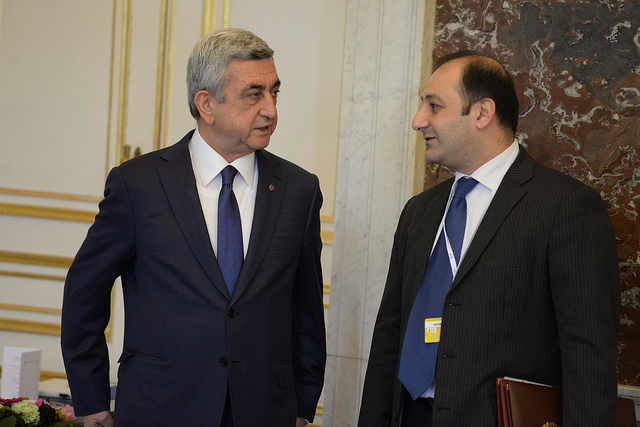 In response to police brutality and the mass arrest of peaceful protesters in the Armenian capital of Yerevan on June 22, Freedom House issued the following statement:

“Freedom House condemns the arrest of 237 peaceful protesters  by police,"  said Susan Corke, director of Eurasia programs. “The thousands of Armenians who marched in Yerevan to protest widespread corruption were exercising their constitutional rights to freedom of assembly and expression. The images of hospitalized civilians, beaten journalists, and broken filming equipment show that these rights are being trampled. We call for a full and transparent investigation of these unprovoked incidents of police brutality and use of force against peaceful demonstrators."

Background:
Demonstrators took to the streets of Yerevan on June 22 to protest a price hike by Russian-owned power provider Electricity Networks of Armenia. Protesters were blocked by police in riot gear on their march to the presidential palace, and chose to stage a sit-in instead. At dawn on June 23, police violently dispersed the protesters as well as journalists at the scene. At least 18 people were injured. More protests occurred last night without incident and continue.