Azerbaijan Is on a Collision Course with the Council of Europe

If the authorities in Baku continue to ignore court orders to release an opposition politician, Azerbaijan could face expulsion from the 47-member organization. 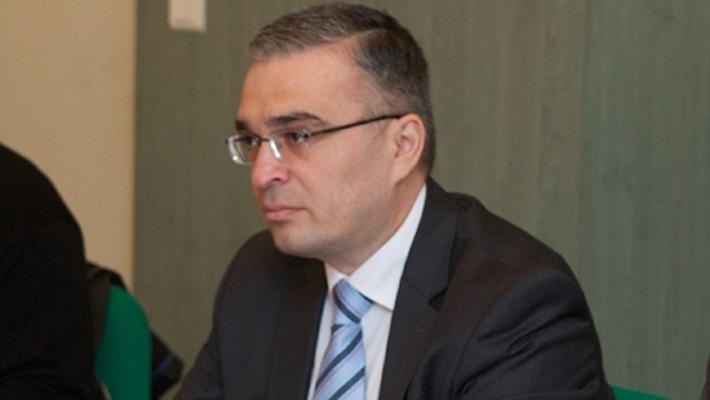 If the authorities in Baku continue to ignore court orders to release an opposition politician, Azerbaijan could face expulsion from the 47-member organization.

As of January 2018, there were 161 people behind bars on politically motivated charges in Azerbaijan. The country’s most prominent political prisoner, however, is Ilgar Mammadov, cochairman of the opposition Republican Alternative (REAL) Movement and a blogger known for his criticism of the government’s repressive policies. Azerbaijani authorities’ refusal to release Mammadov despite rulings by the European Court of Human Rights (ECtHR) has resulted in mounting tensions between Baku and the international community.

Mammadov was detained in February 2013 for reporting on protests in the town of İsmayıllı and sentenced in March 2014 to seven years in prison on charges of “organizing riots” and “using violence against police officers.” He was arrested alongside Tofig Yagublu, deputy chairman of the opposition Musavat party, but Yagublu was released in March 2016 as part of a presidential pardon that freed 148 people, including several other prisoners of conscience. The pardon was interpreted as an attempt by President Ilham Aliyev’s government to blunt international criticism of the country’s human rights abuses, though the fact that Mammadov remained in prison only underscored the selective and arbitrary nature of justice in Azerbaijan.

Since 2014, Mammadov has gone through two rounds of appeals before the ECtHR, and the court has found violations of Articles 5, 6, and 18 of the European Convention on Human Rights, which Azerbaijan ratified in 2002. These articles are meant to guarantee the rights to liberty, security, a fair trial, and presumption of innocence, and to curb any restrictions on those rights. The court essentially rejected the evidence used to convict Mammadov and found that the case was orchestrated to silence a critic of the government.

In light of the ECtHR’s rulings, the Council of Europe’s Committee of Ministers has repeatedly demanded Mammadov’s immediate and unconditional release. Nevertheless, he remains in prison nearly four years after his sentencing. The Azerbaijani government has blatantly disregarded Article 46 of the European Convention on Human Rights, which requires that all parties to the convention abide by the ECtHR’s decisions. Article 46 has never before been violated, and Azerbaijan’s inaction is leading the country into uncharted waters.

On December 5, 2017, after a series of interim enforcement efforts yielded no results, the Committee of Ministers took the unprecedented step of launching infringement procedures against Azerbaijan. This could lead to punishments ranging from financial penalties or sanctions to expulsion from the 47-member organization.

Expulsion is an increasingly likely outcome given Baku’s behavior. On December 7, Aliyev’s foreign policy adviser, Novruz Mammadov, responded to the launch of infringement proceedings by issuing a statement suggesting that Ilgar Mammadov could apply for conditional release on parole, having served two-thirds of his prison term. This clearly disregarded the Council of Europe’s call for an immediate and unconditional release, and the jailed politician’s lawyer said he would not request parole. Novruz Mammadov also made remarks claiming that the council’s actions were the result of bias against Muslim nations, and warned that Azerbaijan could leave the council rather than be expelled.

An expulsion would be deeply troubling, in that Azerbaijan’s corrupt government would be able to persist in its abuses without any oversight or corrective pressure from the independent justice system provided by the Council of Europe. But if the council does not act, the European Convention’s human rights protections will become toothless—guidelines for governments rather than enforceable rules. This would encourage other states to lower their standards and bring the already faltering legitimacy of the Council of Europe into question.

Whatever happens, it is important to remember that while the decision to start infringement proceedings against Azerbaijan is exceptional, Mammadov’s case is not. Scores of other activists remain imprisoned in the country, and still more are subject to arbitrary arrests and harassment. If the regime ultimately decides to avoid expulsion by releasing Mammadov without conditions, it should not be let off the hook for the corrupt and repressive policies that he was jailed for criticizing in the first place.

Kaila Cook is an undergraduate student at the University of California, Santa Cruz studying international political science and sociology.