Beijing Covered Up COVID-19 Once. It Could Happen Again.

The political system is designed to cover up failure and exaggerate success. 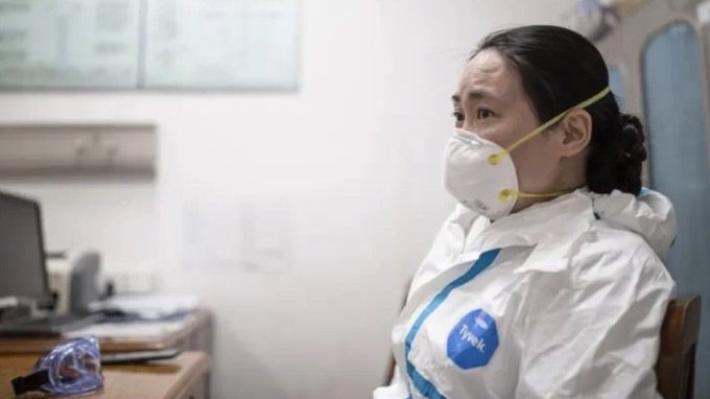 Ai Fen, a doctor from Wuhan, disappeared after speaking to Chinese media about the early days of the coronavirus outbreak in the city. Credit: Renwu.

China appears to have gained the upper hand in its struggle against COVID-19. The epicenter in Wuhan is cautiously emerging from a months-long lockdown. But with the disease sweeping through the rest of the world, a second wave of infections in the country remains a very real possibility, and there are lingering doubts over the accuracy of official data.

In fact, new information about the initial weeks of the contagion and recent actions by Chinese officials—including hundreds of detentions and the disappearance of an outspoken doctor—point to a more extensive campaign of deception and disinformation than was previously recognized.

It is therefore critical to fully understand what went wrong in December and January, how Beijing’s information control efforts have evolved since then, and whether the very same factors that caused the initial damage remain in place—or may have become even stronger.

Various timelines, academic analyses, and investigative reports on China’s initial response to the outbreak have been published since early February, in some cases at great risk to the sources and authors. Two conclusions from these examinations are especially relevant today.

First, the silencing of medical professionals and suppression of critical scientific data extended far beyond the well-known reprisals in early January against eight doctors in Wuhan who tried to alert colleagues via WeChat. Labs analyzing the pathogen were instructed to destroy samples, a health center that had published the virus’s genome sequence was temporarily shut down the following day, and doctors were prevented from submitting case information to the country’s infectious disease tracking network. Reports of health care workers falling ill, an early indicator of human-to-human transmission, were suppressed. More indirectly, state media coverage of doctors being penalized reportedly had a chilling effect on other medical professionals who might have sounded the alarm.

Second, although local officials in Wuhan are certainly worthy of blame, culpability also applies to other provinces, China’s central authorities, and international health agencies. The health center that was shuttered after sharing the virus’s genome was located in Shanghai. Offers from the United States to send medical experts to Wuhan in early January were rejected by the central government. Wuhan officials claim that their own foot-dragging was due in part to the need for approvals from Beijing, a reflection of Xi Jinping’s concentration of decision-making power over the past eight years. Importantly, Taiwan tried to alert the World Health Organization (WHO) to the threat of human-to-human transmission on December 31, based on reports its doctors were hearing from colleagues on the mainland, but it was ignored because of Beijing’s policy of forcing international organizations to shun the democratic island. Two weeks later, the WHO issued a statement saying that Chinese authorities had found no evidence of human-to-human transmission.

In late January, the Chinese authorities decided to take strong action against the virus, locking down Wuhan and numerous other cities in Hubei Province. By then, large numbers of residents were already infected, and millions of people had passed through or left the epicenter. At the height of the crisis, censorship tightened, and data from hospitals remained sketchy, hiding the full picture of the suffering and courage of Chinese civilians and medical professionals.

But even over the past month, as the number of cases in China appears to have dropped, the government has continued to muzzle unofficial sources of information and provide incomplete data to the international community. On March 10, a Chinese magazine published an interview with Dr. Ai Fen of Wuhan about the early days of the outbreak; online censors intervened to suppress the article, but users still found ways to share it. Ai has subsequently disappeared. According to Chinese Human Rights Defenders, the number of internet users known to have been arrested for sharing information related to the coronavirus nearly doubled between March 2 and April 1—increasing from 452 to 897. Three of the most prominent citizen journalists working from Wuhan itself have yet to reappear after being taken into custody.

Meanwhile, questions remain about China’s official tally of cases and deaths. Data on illness among health professionals was only released on February 14, via a research paper rather than official channels. A set of leaked documents from Shandong Province in late February indicated deliberate data fraud and downplaying of case numbers by provincial health authorities. And as Wuhan emerges from lockdown, new estimates based on details from funeral homes and local residents indicate that the city’s death toll may have been 10 times greater than officially reported.

The day-to-day functioning of China’s repressive political system has certainly not changed. Journalists and medical professionals continue to face punishment for trying to share information outside of official channels. The propaganda narrative that the Communist Party and the Chinese people have won the “battle” with the virus under Xi’s leadership—even as countries like the United States, Italy, and the United Kingdom struggle—places remarkable pressure on local officials to avoid admitting a second wave of cases in their jurisdictions. And Xi’s efforts to purge political enemies and critics from the party have reduced the likelihood of dissent or course correction from within the ruling elite. The recent arrest and investigation for “serious violations of law and discipline” of real-estate mogul and Communist Party member Ren Zhiqiang, over an open letter that was critical of Xi’s handling of the crisis, is a case in point.

All of these factors suggest that China’s response to any second wave of infections could suffer from some of the same problems as its reaction to the initial outbreak. This is enormously important given the country’s position, some three months ahead of the rest of the world. The data it provides on issues like immunity, asymptomatic transmission, and the nature of the disease itself will inform other states’ strategies for allocating precious resources and eventually rolling back social-distancing rules.

The credibility of such data is not helped by Beijing’s dishonesty on other matters. Chinese diplomats have in recent weeks amplified false conspiracy theories that the virus originated in the United States, Italy, or elsewhere. A March 26 investigation by Propublica found a network of fake Twitter accounts and hijacked real ones that were covertly spreading Chinese government propaganda about the virus to global audiences. Parts of the network were linked to a Beijing company with ties to the CCP’s United Front Work Department.

Given this context, foreign governments, intelligence agencies, health experts, and journalists should continue to seek out independent and unofficial sources of information about emerging and past cases in China, including by discretely consulting with medical professionals in different parts of China about the situation at their hospitals.

In addition, health professionals and political leaders would do well to work with Taiwan, as India appears to be doing already. Taiwan’s rapid and effective response to the virus, boosted by a healthy skepticism of the Chinese Communist Party, has proven to be one of the world’s best, reinforcing the need for its engagement with the WHO.

There should also be an effort to continue monitoring, exposing, and counteracting foreign-facing disinformation, including on social media. News outlets, foreign officials, and ordinary users should take greater care not to promote false narratives or use Beijing’s propaganda to score domestic political points. As one China watcher suggested, reports of China’s official data could be accompanied by an asterisk addressing the concerns over their accuracy and potential manipulation, which cannot be written off as a matter of inadequate testing capacity or overwhelmed health systems. At the very least, foreign news outlets should consider discontinuing paid supplements and other content-sharing agreements with Chinese state media, as Britain’s Telegraph has apparently done.

Beijing will likely characterize such precautions as examples of “anti-China” hostility, ingratitude, or geopolitical gamesmanship. But in light of its experiences with the coronavirus to date, people in China and worldwide have good reason to maintain a clear-eyed view of the Chinese Communist Party-led regime and the information it provides. The international community must cooperate with Chinese health officials and medical professionals as humanity’s fight against COVID-19 continues. That does not mean we should forget what we know about the country’s political leadership.

Sarah Cook is a senior research analyst for China, Hong Kong, and Taiwan at Freedom House and director of its China Media Bulletin. This article was also published by The Diplomat on April 13, 2020.