Like its totalitarian antecedents, the Chinese regime is willing to break entire cultures in pursuit of artificial conformity. 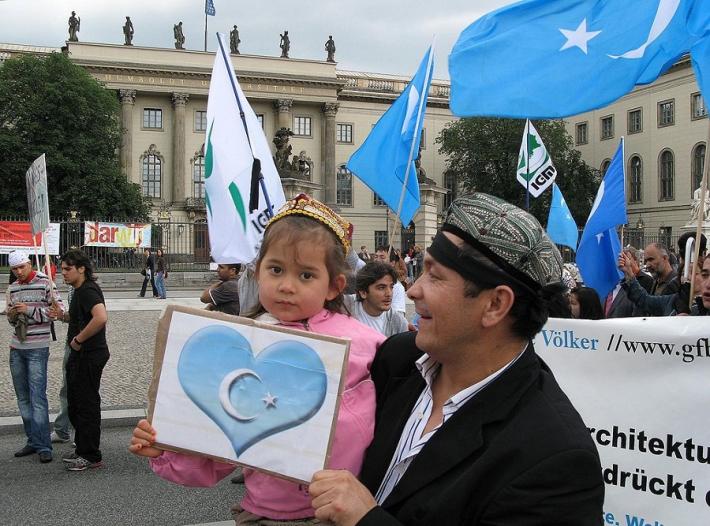 Like its totalitarian antecedents, the Chinese regime is willing to break entire cultures in pursuit of artificial conformity.

Last year, a series of shocking reports appeared in the New York Times and other outlets, revealing a network of concentration camps that the Chinese government had established in the western region of Xinjiang to punish and “reeducate” Uighurs and other Muslim minorities. According to these accounts, over 1 million Muslims had been dispatched to the camps under the regime’s Strike Hard campaign, a project aimed at promoting “stability” in the region. Among the victims were children of the camp inmates, many of whom were packed off to orphanages, boarding schools, or foster care while their parents served out their indefinite detentions.

Initially, the Communist Party leadership responded to the reports with flat denials that the camps existed. Faced with satellite images and a number of detailed personal testimonies from former inmates, however, the regime quickly did a 180-degree pirouette. Not only did government officials acknowledge that the camps existed, they presented them as a combination job-training and deradicalization project meant to fight extremism and promote interethnic harmony. This is the message the party now puts forward at international forums when the persecution of Uighurs comes up, and it is also conveyed to foreign journalists during guided tours of the camps.

In its public relations effort to redefine the mass detentions as an exercise in civic engagement, the regime is following a pattern that is well established in the playbooks of history’s most malign dictatorships. After first denouncing reports of forced labor camps as slander, the Stalin-era Kremlin explained that the camp system served to transform people with deviant political views into ideologically committed Soviet citizens. The Nazis presented their concentration camps as akin to reformatories for juvenile offenders, and even produced a notorious propaganda film about the Theresienstadt camp that showed contented inmates playing soccer, learning carpentry, and tending to gardens. Likewise in China, television propaganda shows Uighur “cadets” undertaking “vocational training” and learning Mandarin. According to the official narrative, the camps are not prisons but rather centers for career growth and education where Uighurs are transformed into productive Chinese citizens.

Another parallel between China under Xi Jinping and the Soviet Union under Joseph Stalin is the campaign to neutralize the Uighur intellectual class. “Breaker of Nations” was historian Robert Conquest’s appellation for the Soviet dictator, who made a priority of liquidating the intellectual and political leadership of the Baltic peoples, the Crimean Tatars, and other inconvenient Soviet minorities. Many of these elites were killed; others were sent to the Siberian gulag, from which few returned. Some entire groups were uprooted from their ancestral homes and moved to alien territory. Others were subjected to a concentrated policy of Russification to suppress their language and culture.

The Uighurs today are enduring a campaign that is similar in scope, if not always in brutality, aimed at prominent cultural and scholarly figures. Among the most devastating blows was the 2014 arrest of Ilham Tohti, a distinguished Uighur economist and advocate of interethnic understanding. After a two-day trial, Tohti was convicted of “separatism” and sentenced to life imprisonment, an unusually harsh term for a prisoner of conscience.

The drive to silence Uighur intellectuals and artists was intensified with the launch of the reeducation camps. According to a report released by the Uyghur Human Rights Project, at least 386 Uighur intellectual and cultural figures have been interned, imprisoned, or disappeared. The list includes professors and university lecturers, journalists, poets, film and stage artists, and doctors and medical researchers. Among those interned are 21 scholars from Xinjiang University.

Predictably, these policies created a backlash. There were outbreaks of violence between Uighurs and Han Chinese, and several instances of terrorism, albeit on a scale well below the kind of bloodshed and mayhem seen in the Middle East or even some European countries.

Xi Jinping has overseen a toughening of existing policies, emphasizing a heavy security presence, pervasive electronic and physical surveillance, and what might be called predictive punishment. One senior official spoke of the need to achieve “complete grassroots coverage” and to “thoroughly enter and garrison [Xinjiang society] in order that no blank spaces are left behind.” Indoctrination strategy also shifted from an effort to win over Uighurs through one-on-one sessions to a wholesale approach dubbed “concentrated transformation”—in other words, the reeducation camps.

From the start, Chinese policymakers have openly treated Uighur religious and cultural beliefs as reflections of superstition, ignorance, and backwardness. Regional officials often equate adherence to Muslim traditions with extremism, a threat that they describe using medical metaphors like “malignant tumor” or “communicable plague.” The comparison of religious conviction to illness is extended to the proposed cure. A serious disease requires hospitalization. And since the seriousness of the illness is unpredictable, the length of the hospital stay—or detention—is indeterminate. Again, the 20th-century totalitarian legacy, including psychiatric detention for Soviet dissidents, looms large in the background.

For this mammoth undertaking, the entire apparatus of the Chinese Communist Party has been brought to bear. Local officials are rewarded or sanctioned on the basis of fulfilling camp inmate quotas. The criteria have little to do with actual religious extremism. Candidates for reeducation are chosen on the basis of behaviors that in most societies would be regarded as normal for an observant Muslim: attending mosque services, abstaining from alcohol, fasting during Ramadan, growing a beard. People whose appearance and actions differ from those of the ethnic majority, and betray distinct private beliefs, must be made to conform at any cost.

The march of progress?

Communist Party leaders have described the Uighur transformation project as “assertive nation-building and ethnic reengineering.” A more direct description would be cultural annihilation. Some Uighurs say the current campaign of persecution is worse than the 1966–76 Cultural Revolution because of the role of modern mass surveillance in controlling individual movement, behavior, and conversations. Even during Mao’s hideous social experiment, a small measure of private space made possible the survival of the unique features of Uighur society. But advanced technology is now enabling today’s leadership to construct an ethnic enclave of regimentation and fear beyond the Great Helmsman’s wildest dreams.

This article was first published in the Diplomat on May 8, 2019.