Across West Africa, several countries’ democratic reputations are under threat. 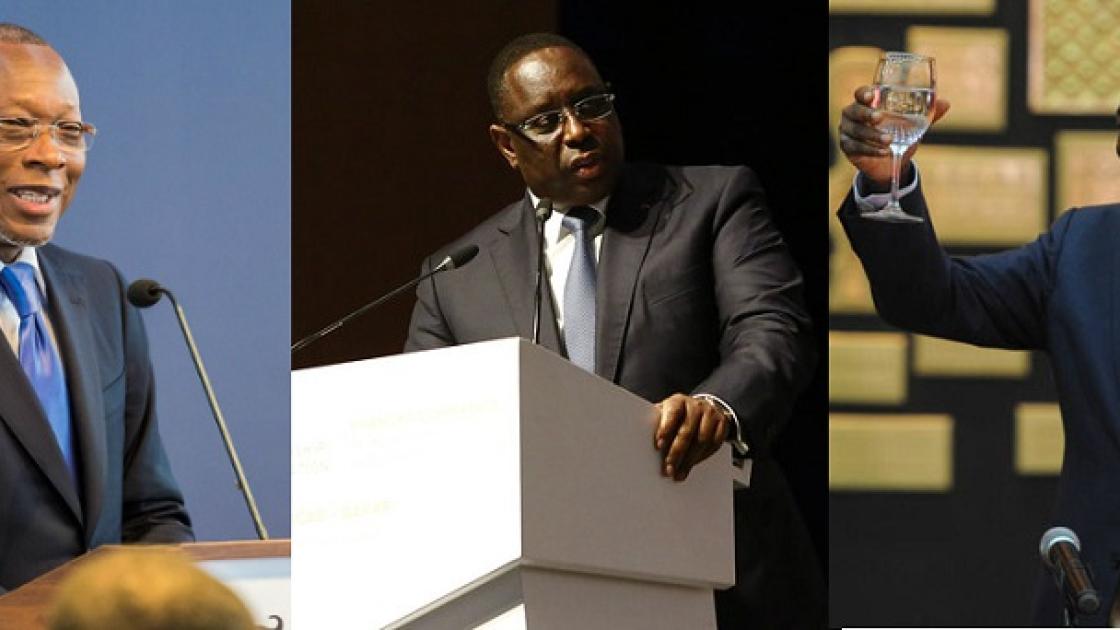 The presidents of Benin, Senegal and Guinea are all tightening their grip on power in questionable ways. Credit: Presidence Benin/GPE-Heather Shuker/DoC.

Across West Africa, several countries’ democratic reputations are under threat.

Last week, Benin was propelled into the international spotlight as security forces fired on demonstrators protesting against the country’s deeply flawed legislative elections. Observers expressed their concern at the worrying scenes from the small West African country often commended for its democratic transitions and stability. But Benin is just the latest country in the region to experience political troubles.

West Africa has typically been seen as one of the most free and stable parts of the continent. Nigeria is Africa’s most populous democracy, while Ghana, Senegal, and Benin have been fairly reliable electoral democracies for years. Moreover, elections in 2017 ushered in a new president in the Gambia, ending decades of repression. And in 2018, Liberia experienced its first peaceful transfer of power from one elected leader to another since 1944.

However, recent events in Benin and elsewhere, such as Senegal and Guinea, raise the question of whether the tide is turning in West Africa.

Benin’s fall from grace seems sudden. In the last 10 days, the country held elections in which no opposition candidates were allowed to compete, a boycott yielded record low voter turnout, the government shut down the internet and blocked social media, and security forces violently confronted protesters.

Before these events, Benin was generally considered one of the most steady democracies in Africa. It received a score of 79 out of 100 in the 2019 Freedom in the World report, placing it firmly in the “Free” category and among the highest-scoring countries on the continent. Since transitioning to democracy in 1991, it has undergone multiple free and fair elections and peaceful transfers of power.

However, in truth, the warning signs have been apparent since 2018. At the start of that year, President Patrice Talon appointed his personal lawyer as the head of the Constitutional Court. The rule of law was further undermined when the government moved to investigate and prosecute political opponents, limiting their ability to organize for elections.

Then, in September, updates to the electoral code effectively barred opposition parties from competing in the 28 April 2019 vote: The fee for presidential candidates increased by 1,500 percent from $27,000 to $445,000, and the fees for parliamentary candidates rose to similarly absurd levels. Given this context, both the eruption of protests and the government’s undemocratic response appear far less surprising.

Senegal’s reputation for democratic stability has also come under threat in the last year. This was particularly the case as the country prepared for its February 2019 presidential election, which incumbent Macky Sall ultimately won in the first round. Some of the changes in Senegal mirrored those in Benin, such as the opening of criminal proceedings against opposition politicians and the implementation of increasingly onerous registration requirements for election candidates. And, as with Benin, Senegal’s Freedom in the World score also declined in the year leading up to the election.

In 2018, the Senegalese government implemented a sponsorship law that placed new signature-gathering requirements on would-be candidates. In a more heavy-handed move, Khalifa Sall, the most competitive opposition presidential hopeful, was barred from running due to a corruption prosecution. This wasn’t the first legal proceeding against him, and an Economic Community of West African States (ECOWAS) tribunal ruled that various aspects of his treatment by the justice system constituted arbitrary detention and due process violations.

Beyond targeting the opposition, the Senegalese government limited political expression by the public. The authorities banned protests at sensitive moments, including around the adoption of the restrictive electoral reforms. Security forces used tear gas and excessive force against protesters on multiple occasions.

In case President Sall’s budding antidemocratic tendencies were not clear enough already, the National Assembly, where his party holds a majority, voted to scrap the post of prime minister this weekend. This constitutional change was one of Sall’s first initiatives in his new term and leaves the president as the sole executive power in government.

In neighboring Guinea, the fast-approaching 2020 presidential election is also causing concern. President Alpha Condé is considering a bid for a third term in office, which would require a referendum to remove the constitution’s existing two-term limit. There are serious doubts as to whether such a vote would be a true reflection of the people’s will or simply a rubber stamp for Condé’s power grab. Such concerns have a historical basis: Guinea returned to civilian rule less than a decade ago and has a history of flawed and sometimes violent elections.

Guinea is hardly the first African country to grapple with a president who seeks to overstay his welcome. However, West Africa has so far been a leader in establishing and adhering to term limits. There are just two countries in the region that lack such limits. One is the Gambia, where new president Adama Barrow has said he supports including a two-term cap in the new constitution. The other is Togo, where the same family has ruled since 1967 and resisted any term limits despite periodic bouts of civil unrest over the matter.

Recent developments suggest that it might be the Gambia that ends up falling out of step with its neighbors, however, as other West African leaders consider turning their backs on term limits. In addition to Guinea, for example, President Alassane Ouattara of Côte d’Ivoire has not yet ruled out running for a third term, citing an interpretation of the constitution that many see as a distortion of the document’s intent.

Has the tide turned?

Whether it involves sidelining the opposition—as in Benin or Senegal—or disregarding the norm of term limits—as in Guinea and possibly Côte d’Ivoire—a pattern of diminishing respect for democratic principles is emerging in West Africa. ECOWAS, typically a strong voice in support of democracy, has been relatively quiet of late.

The current negative trend isn’t irreversible, but if it continues, the region’s reputation for stable democracy could be at risk. Countries currently making progress, like the Gambia, might falter, and those plagued by insecurity, such as Burkina Faso and Nigeria, would face little peer pressure if they turned to more authoritarian tactics in their own efforts to regain control.

This article was first published by African Arguments on May 8, 2019.