Ten years after the assassination of Anna Politkovskaya provoked outrage around the world, the Kremlin is quietly smothering media freedom under a heap of repressive legislation. 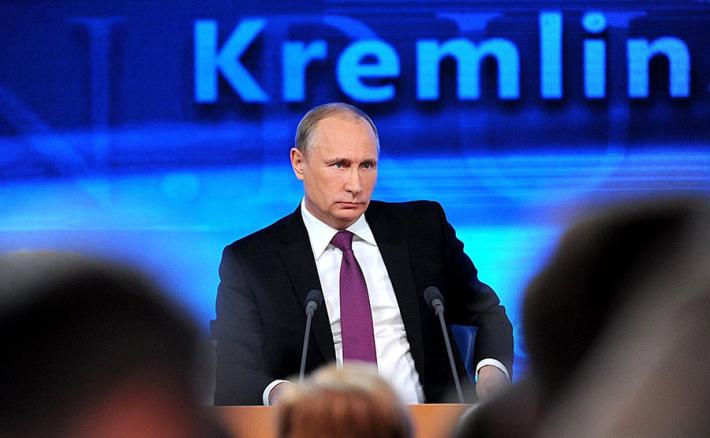 Ten years after the assassination of Anna Politkovskaya provoked outrage around the world, the Kremlin is quietly smothering media freedom under a heap of repressive legislation.

Only three days after Anna Politkovskaya was murdered in her apartment building in Moscow, President Vladimir Putin commented during a press conference in Germany that her murder “deals a far greater blow to the authorities in Russia, and in Chechnya, to which she devoted much of her recent professional work, than did any of her publications.”

With these words, Putin tried to belittle the work of one of Russia’s most influential investigative journalists, anticipating at the same time the consequences that her martyrdom would have for his government. It was the international pressure and continued attention to the case—raised regularly with Russian officials by their counterparts from democratic countries—that compelled Russian authorities to pursue an investigation. The effort eventually produced a trial and a guilty verdict against five men, six years after the murder, although the mastermind remains unidentified and at large.

The international outcry that followed Politkovskaya’s assassination 10 years ago today triggered robust criticism of Putin’s regime and brought much-needed attention to conditions for journalists in Russia. However, the government’s steady campaign to neutralize independent media through restrictive legislation, administrative fines, tax inspections, and editorial interference has failed to generate a similar response.

Strangled by the law

Over the past decade, vaguely worded legislative initiatives—ostensibly designed to target extremism, public disorder, offensive content, or defamation—have been aggressively used to intimidate journalists and encourage self-censorship, with the ultimate goal of silencing independent media in Russia.

In 2007, the State Duma passed an amendment to antiterrorist legislation that introduced liability for “public justification of terrorism,” effectively banning media organizations from disseminating alternatives to official information about terrorist attacks and thereby shielding the government from criticism for its handling of terrorist violence or the rights of victims.

In 2012, following a series of massive protests linked to flawed parliamentary and presidential elections, the authorities used trumped-up criminal charges and regulatory violations to intimidate or dismantle independent media outlets that had provided particularly critical reports on electoral fraud. A law passed that July reintroduced defamation as a criminal offense, with large administrative fines for media outlets. The same year, an amendment to the Law on the Protection of Children introduced a mechanism to shut down websites without a court order if the content has been previously prohibited.

The Kremlin also used legislation and indirect pressure to engineer ownership changes and editorial shifts at private outlets. After a series of such changes at Gazeta.ru, for example, most of the editors and staff who had covered the 2011 and 2012 elections had been fired or resigned by September 2013. In 2014, the television channel Dozhd was suddenly removed from the main cable providers and threatened by a new law banning advertising on subscription television. That same year, Lenta.ru editor in chief Galina Timchenko was fired for allegedly publishing “extremist” material.

A 2014 law that restricted foreign ownership of media companies led to the sale of Forbes Russia and Vedomosti to Russian buyers in 2015. Also that year, much of the staff of Russian Media Group and RIA Novosti resigned when they were reabsorbed into two newly created state media holdings. In early 2016, RBK lost three top editors as a result of pressure from the Kremlin over their editorial policy. Most recently, in June, Putin signed the so-called “Yarovaya law,” whose broad and vague definitions of terrorism and extremism target critics of the government, including in the media and civil society.

Out of the spotlight

By employing legislative and economic mechanisms to legitimize its repression, the Kremlin has been able to effectively stifle independent Russian media in the plain sight of the international community.

The European Union and the United States need to acknowledge the seriousness of the threat and press the Russian government to abide by its international commitments on freedom of expression. The international response should be consistent, vehement, and uncompromising. After all, what the Kremlin is doing may prove every bit as lethal to independent reporting in Russia as the assassin’s bullet was to Anna Politkovskaya.