A Bright Side to South Africa’s Xenophobic Violence

Last month’s attacks in South Africa have forced the government to address the problem of xenophobia and led to rare regional pressure on a domestic human rights issue. 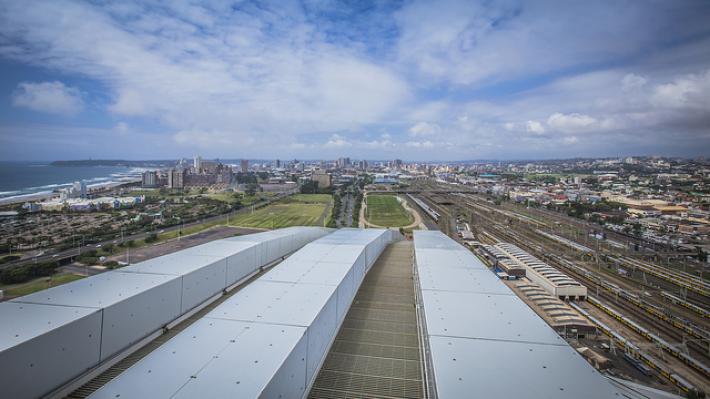 Every cloud has a silver lining. Last month’s attacks on foreigners living in poorer areas of Durban, after xenophobic remarks by the Zulu king, were no different.

The violence displaced thousands of people, and local governments and civil society organizations are still trying to provide humanitarian support to those living in protected but dismal circumstances.

However, for the first time in many years, the government of South Africa was forced to acknowledge what civil society has long pointed out: There is widespread xenophobia among South Africans, and in poor communities, marginalized people act on these prejudices by victimizing black foreigners. They are often aided by police neglect or active connivance.

Now there is an official response, including a public education campaign running on state broadcasters, visits to displaced-person camps by political leaders, consultations with migrant associations by the president, citizen-initiated public displays of support for foreigners, and improvements in immigration services by the relevant government departments. An independent analysis of the country’s immigration policy and whether it will remain liberal and democratic in orientation is of course required.

There is a second silver lining that may have a greater impact on international relations than these domestic moves toward better behavior. The very prompt criticism of South Africa by other African countries and their leaders seems to indicate that the mood on the continent is changing more quickly than expected. Hard words were spoken in a number of capitals, and the South African foreign minister had to address a gathering of diplomats in Pretoria on short notice and in very apologetic terms. This briefing did not halt the regional criticism, however, nor did it stop protests against South African business interests and diplomatic missions.

When the Nigerian ambassador returned to Abuja to report on the xenophobia, it was perceived as a major diplomatic slight, and South Africa’s Department of International Relations and Cooperation (DIRCO) responded bitterly and sarcastically. The escalating spat had to be resolved with a telephone call between South African president Jacob Zuma and outgoing Nigerian president Goodluck Jonathan.

President Zuma aired his own feelings about the international pressure in a Freedom Day speech. Reportedly departing from the official text, he said, “As much as we can have a problem alleged to be xenophobic, our brother countries contributed to this. Why are the citizens not in their countries?”

Such robust, public, international exchanges on domestic policy and state behavior are not common in Africa. Despite the opportunities created by the Constitutive Act of the African Union; the still-operational African Peer Review Mechanism; and the ratification of the African Charter on Democracy, Elections, and Governance (ACDEG), national sovereignty has generally trumped formal commitments to human rights protection and promotion. While Africa has developed a system for attempting to reverse coups, restore electoral democracies, and resolve armed conflicts, national leaders’ willingness to publicly criticize bad governance and human rights abuses within fellow African countries has been lacking, to the great frustration of African civil society.

Perhaps the xenophobic attacks in South Africa, which have exposed the country’s own inadequacies and finally precipitated a government response, have also set a precedent for much more honest and vigorous engagement on human rights across the entire region.