A president who tried to limit himself to one term, but whose economic reforms have proven unpopular 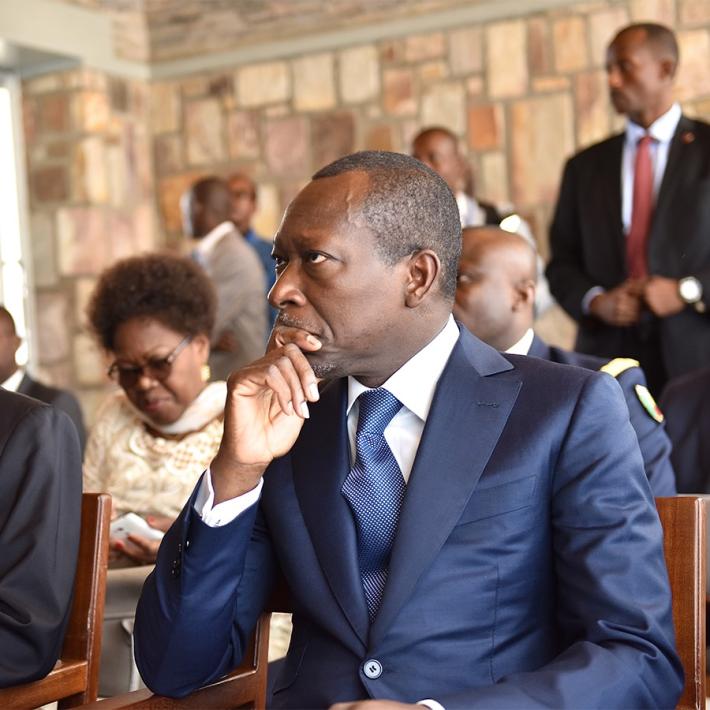 A president who tried to limit himself to one term, but whose economic reforms have proven unpopular

On April 4, Benin’s parliament rejected a proposed constitutional amendment that would have limited the presidency to one six-year term, down from the current maximum of two five-year terms. The measure was unusual enough given the current trend, in Africa and around the world, of attempts to remove term limits. But what made Benin’s proposal even rarer was that it came from the incumbent president himself, Patrice Talon.

Talon, a businessman known as the “King of Cotton” for his prominence in Benin’s cotton industry, won election last year after running an independent campaign focused on fighting corruption and implementing constitutional reform. He often promoted the one-term idea on the campaign trail, arguing that two terms led to complacency in the presidency.

By contrast, former president Mathieu Kérékou, the predecessor of the president Talon replaced, was suspected of trying—without success—to bribe members of parliament to allow him to run for a third term in 2006.

Nevertheless, members of the opposition were skeptical of Talon’s proposal, worrying that a president who was not eligible for reelection would no longer be accountable to the people. “The logic of a single mandate is that the president is answerable to no one,” said opposition lawmaker Hugues Agonkan. A former justice minister accused the president of attempting to change the constitution only to “satisfy your ego, to prove you’ve succeeded here where other regimes have failed.” A majority of the parliament supported the amendment, but it failed to meet the three-quarters threshold for passage.

The defeat of this measure speaks to the strength of Benin’s system of checks and balances. In many African countries, the president can legislate and reform the constitution virtually at will, due to either a weak legal framework or a politically obedient legislature. In such settings, a vocal minority is powerless to stand in the way of the president’s agenda.

Benin is one of few countries in sub-Saharan Africa that Freedom House ranks as Free in its annual Freedom of the World report. Beninese people are proud of their democratic institutions and aware of the rarity of this kind of system on the African continent. While authoritarian leaders have often argued that they alone can provide the stability needed for development, and that development must come before democracy, Benin offers proof that democracy, free and fair elections, and strong checks and balances can endure even in areas of extreme poverty. This small country has had competitive elections and peaceful transfers of power since the end of its Marxist regime in 1989, and there are relatively few restrictions on the news media or internet access.

Nigeria, Benin’s giant neighbor to the east, had its first peaceful transfer of power in 2015. To the west, Togo is home to the longest-running family dictatorship on the African continent: The Gnassingbe family has been in power since 1967. Farther to the west in The Gambia, it took the threat of military force by regional powers for Yahya Jammeh to accept the results of the 2016 election and step down after more than 22 years in power. He is accused of extensive human rights violations, including extrajudicial killings, harassment of the media, and suppression of the opposition.

Since becoming president roughly one year ago, Talon has been working on both fighting corruption and formalizing the economy to accelerate development.

Benin has enjoyed a high growth rate, estimated at 4.6 percent in 2016. However, this is down from the preceding years due to decreased agricultural production and a slowing of trade with Nigeria linked to that country’s economic slump and stronger measures against smuggling along its border.

“Formalizing” the economy has meant forcibly removing vendors from public spaces and knocking down buildings that are technically on public property. In addition to smuggling goods to Nigeria, many Beninese make a living by selling goods in unauthorized public spaces. The new measures have increased suspicion of the government and contributed to skepticism about its initiatives, including the constitutional reform. Gilles Yabi, founder and president of the West Africa think tank WATHI, explained that the amendment failed because “a lot of people began to question the real motivations of the president.”

In the short term, formalization efforts will remain unappealing to much of the population. Paying rent for a shop and paying taxes on sales and income are currently beyond the means of the average Beninese trader. If Talon’s economic agenda is going to succeed, he must find ways to restore public confidence in the government’s overall program. He’ll also need to create an attractive environment for corporate investment, improve the infrastructure of revenue collection, and enhance accounting and budget information systems. Nor has enough been done to build adequate infrastructure for a strong, independent judiciary.

All of these priorities would be served by a greater emphasis on tackling corruption in public institutions.

Benin illustrates the fact that competitive elections and a healthy party system are necessary but not sufficient to achieve the full promise of democracy.

Despite the strength of basic political rights in Benin, the country remains one of the poorest in the world. It is 167th in the world in the United Nations’ human development index. It receives the same rank on gender equality. Life expectancy is only 60 years. Corruption in the government, courts, and police force makes it difficult to report and address human rights violations. Gender-based violence is prevalent, and support for the victims is lacking. Human trafficking to Nigeria is common, especially for children whose parents cannot afford to take care of them, a particular risk for Beninese girls.

While Benin’s democratic achievements to date are something to be praised, the government must take more comprehensive action against corruption and human rights abuses in order to win back public support and lay the foundations for economic modernization and long-term prosperity. This in turn will help ensure that Benin remains a positive example of democratic stability for the region and the world.