The Bureaucratic Assault on a Liberal Russian University

One of the country’s most respected graduate centers faces closure due to an investigation whose motivations remain murky. 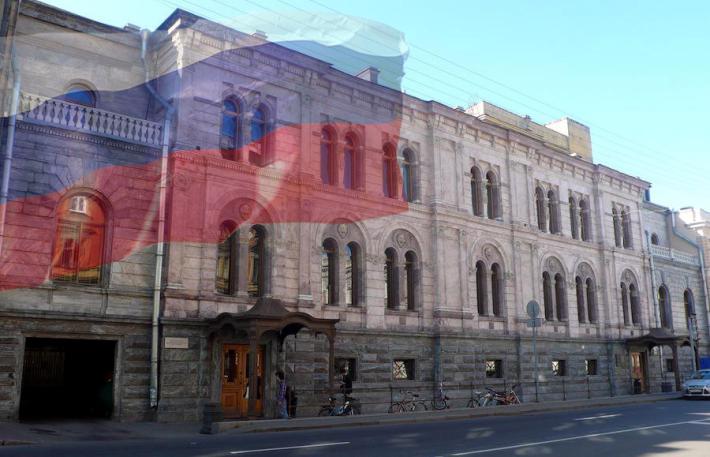 One of the country’s most respected graduate centers faces closure due to an investigation whose motivations remain murky.

Universities across Russia will begin their spring semester this February, but one remains unable to resume its classes. The European University at St. Petersburg (EUSP), a private, Western-leaning graduate school, has lost its license, its rector, and its campus due to an ongoing bureaucratic spat with the Russian state.

While President Vladimir Putin has approved three letters of support for the university, the EUSP has not been allowed to reopen its degree program or accept new students, and existing students—both Russian and international—have been stranded in the middle of their coursework. The case is indicative not only of the closing space for Russian institutions to operate independently of the state, but also of changes to Putin’s traditional “vertical” command structure.

For the past two years, the university, which was established in 1994 during a period of relative openness in post-Soviet Russia, has been under investigation by the Russian education watchdog Rosobrnadzor for a litany of alleged infractions regarding its building, facilities, and instruction. Though the true impetus behind the scrutiny is unclear, the fact that many of Rosobrnadzor’s claims are abstruse and unrelated to one another suggests that it is politically driven.

Various reports from authorities cite violations such as the lack of a gym, the absence of notices discouraging alcohol consumption, inadequate access for students with disabilities, building code issues, and fire safety concerns, amounting to a hydra-like bureaucratic assault on the university. Some accusations were clearly false, such as those claiming a lack of emergency medical services and unrecorded acceptance of scholarships in foreign cash.

The school’s attempts to comply with regulations have been met with further demands. “They simply invent a new violation each time we ‘correct’ the previous one and reapply for a new license,” said Dr. Gevorg Avetikyan, an associate director at the EUSP, in an interview. “No matter what you do and how you try to improve (in their understanding of the standards), they will find a new reason why EUSP is not good enough to have a teaching license.”

Given the public support of Putin as well as Aleksey Kudrin, who served as his finance minister for over a decade, it is strange that the EUSP remains unable to regain its academic license. The president’s inability or unwillingness to rein in the investigation may be a reflection of his back-seat approach to certain domestic disputes and feuds between his subordinates. The Russian political system is still highly centralized, but as Putin approaches what will likely be his fourth term, his command structure has decayed, and some elites below him have acquired more discretion.

Indeed, some believe local leaders are ultimately to blame for the university’s problems: The school was initially forced to relocate from its premises in a former czarist palace, no doubt a coveted piece of real estate. But in mid-January, the university was urged to change location yet again to an industrial zone far from its current and more accessible location in the city center, casting doubt on the theory that the former property was the only underlying issue.

It seems reasonable to conclude that the EUSP’s internationalist leanings and wide recognition made it a target. “The biggest trouble of the EUSP is the very role of the European university in a country which tends to be anti-European,” said Dr. Vladimir Gel’man, an EUSP professor of political science. For Gel’man, the Russian state’s priorities for higher education—“centralized overregulation, ideological control, and isolationism”—are incompatible with the integrationist agenda at the heart of the EUSP’s mission.

Political hostility toward the university’s internationalism was clear enough in 2016, when Vitaliy Milonov, the same St. Petersburg lawmaker who drafted an early version of Russia’s infamous ban on “gay propaganda,” filed an official complaint that apparently touched off the investigation. Milonov, who called the school’s gender studies program “disgusting” as well as “fake studies” that “may well be illegal,” claims to have initiated the attack after receiving complaints from students about coursework that explored LGBT issues.

In addition to pressure related to its campus and curriculum, the EUSP has been tripped up in recent years by reforms meant to increase the government’s oversight of higher education. In 2012, the state launched an initiative aimed at improving the international rankings of Russian academia, which have been impaired by a brain drain to Western universities as well as cases of bribery and diploma-buying. Yet despite status improvements, many changes have been met with resistance, as universities faced a surge in paperwork and some were forced to shut down or merge with other institutions.

Though not necessarily political, the increase in paperwork has stymied development in higher education, and requiring more and more documentation can be an informal way for governments to hamper an organization’s activity without an official ban. “There is an obsession to control everything,” explains Avetikyan. Academia tries to satisfy “the growing power of the bureaucratic monster,” he says, but “the burden of various regulatory measures is unbearable.”

An increase in state monitoring has affected a plethora of institutions that traditionally operated with a degree of independence from the government. In 2015, a shake-up of the Russian Academy of Sciences, the country’s premier research institution, put it under direct government supervision. The academy’s former president denounced the move as “encroaching on the [body’s] autonomy.” And like many nongovernmental organizations, the Levada Center, a seminal independent polling group, was labeled a “foreign agent” in 2016; as a result, it has just announced that it will publish no data ahead of the March presidential election. The stigmatizing designation has also been a concern for the EUSP, which would be “immediately” labeled as a foreign agent if it “accepts any money transfer from outside of Russia,” says Dr. Maria Trofimova, the EUSP’s dean of international programs.

As the government intensifies its surveillance of independent institutions, the EUSP’s international reputation as a respected liberal university has made it an obvious target, and the bureaucracy’s consistent refusal to restore its academic license points to a grim future for academic research in Russia.

Nevertheless, the university’s students are not ready to give up. In response to the investigation, many have taken to the streets to protest. In an interview, a former student said she was not afraid to join a demonstration, despite arrests during other assemblies last year: “We had the feeling that we already had lost everything, and the only thing left is to go down fighting.”

EUSP leaders and faculty also seem determined to stand their ground. “There is no sense of ‘bargaining,’” says Avetikyan. “It looks more like a duel in which, I hope, we will win.”

Rebeka Foley was a graduate student pursuing a master’s degree in Russian and Eurasian studies at the European University at St. Petersburg from 2015 to 2016. She finished her work and left Russia a month before the inspections began.