Can the ANC Reverse Political Decline?

There remains little time for parties like the ANC to preserve their social justice legacies from continued abuse from top party leadership. 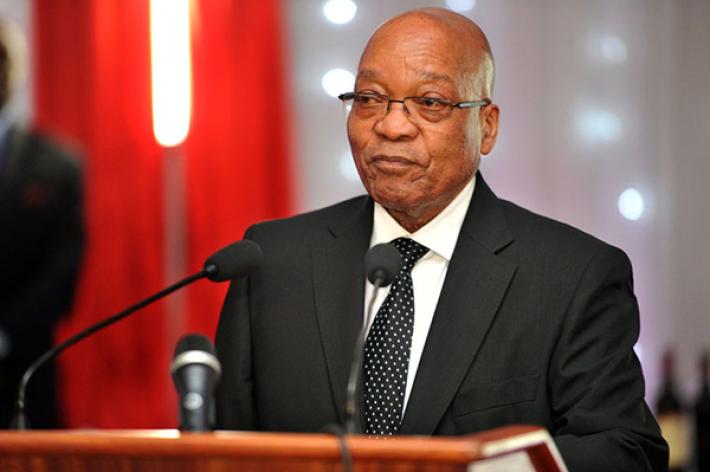 There remains little time for parties like the ANC to preserve their social justice legacies from continued abuse from top party leadership.

November 2, 2016 was an important day for South African politics. It was the day when President Jacob Zuma dropped his legal challenge to prevent the release of a report identifying him at the center of a massive, ‘state capture’ corruption scandal. The withdrawal of the interdict signals a long overdue recognition by the African National Congress (ANC) leadership that the fortunes of their party rise, and fall, on the seemingly endless, headline-grabbing gaffes and scandals centered on their own president.

The ANC suffered its worst electoral defeat since majority rule during the country’s August 3 municipal elections, when it lost control of 13 city governments. These losses included three of the country’s largest metropolitan areas, namely Johannesburg (the country’s main economic hub), Nelson Mandela Bay (Port Elizabeth), and Tshwane (Pretoria – South Africa’s capital city). Although the ANC still received a collective majority of votes across all municipalities, support for the party in national and municipal elections has declined since 2004 by 14 percent. This was a phenomenon foreshadowed in Freedom House’s 2013 Twenty Years of South African Democracy study authored by Professor Susan Booysen from the Johannesburg-based University of the Witwatersrand.

The study, conducted through 27 focus group discussions across the country and including citizens of all ages, found that “There is deep nostalgia for the days of ‘Mandela democracy.’” It also found that “Corruption and greed are seen to have infected the post-Mandela era and particularly the current government.” According to the report, these sentiments have led to “strong discontent-within-loyalty to the ANC” yet have not translated into “far-reaching support for (or switches to) opposition parties.” This is borne out in a review of historical national elections results.  In examining these, it appears loss in support for the ANC does not necessarily lead to an equivalent level of rise in support for the next three largest political parties.

The narrative has changed when the results from this year’s municipal elections are taken into account. The ANC lost nearly eight percent of its support in 2016 as compared to 2011. This is compared to the three next strongest opposition parties gaining more than nine percent in their collective support over the same period. Many understand this shift to have occurred because of several scandals swirling around President Zuma prior to the time of this year’s municipal elections. These include those around unnecessary upgrades to his Nkandla private residence using state resources, and him allowing a powerful family with deep business interests in government contracts to influence the hiring and firing of government ministers.

The widespread “wait-and-see” approach as observed among ANC supporters in the 2013 study no longer applies. Supporters are apparently unwilling to further put up with a party that seems to not act in the interests of its constituents, but rather for its well-connected leadership. This shift is more pronounced among urban voters who have become less reliant on the state, and as such the ANC, for their economic well-being as compared to their rural counterparts. These same dynamics also tell a cautionary tale for other long-time dominant parties in the region.

The ANC has failed to proactively manage perceptions of itself, especially with a clear electoral liability such as President Zuma. Some dissenting voices have emerged, as seen with the party’s chief parliamentary whip and a party-affiliated labor union, but their calls for change have been met by silence and avoidance among those in the ANC’s top decision-making body. ANC Secretary-General Gwede Mantashe shifted blame to black South Africans themselves for not understanding the importance of voting in the municipal elections, while the party’s spokesperson responded to the state capture report through a generalized statement without directly addressing the allegations against the president.

Many well-qualified and committed public servants serve within the ANC and similar liberation parties-turned-governments. This is, however, no longer enough if they wish to remain electorally competitive and to continue to receive their mandates from the majority.

In particular for South Africa, an ANC that receives less than a majority of support in the 2019 elections could potentially result in an unstable coalition government comprising ideologically disparate opposition parties. Recent evidence of this instability manifests itself in the new municipal governments led by the corporate-friendly Democratic Alliance (DA) with support of the socialist-oriented Economic Freedom Fighters (EFF). A national government in which these two leading opposition parties would hold the balance of power could portend further instability and an unpredictable future for South Africans.

There remains little time for liberation parties like the ANC to preserve their social justice legacies from continued abuse at the top of their leadership for personal gain. The ANC will likely spend 2017 in a conflict over its social justice origins and how and whether to return to them. The outcome of this conflict in its policy and elective conferences will determine its 2019 electoral success. As one participant from the 2013 study noted, “There are so many power struggles in the higher ranks of the ANC. The bag of potatoes needs to be shaken so that the rotten ones can fall out and the others survive.” 2017 and the years to follow will determine how successfully the ANC can cultivate its good leadership to remain competitive in the 2019 national elections.