The country was not always an implacable foe of human rights on the international stage. 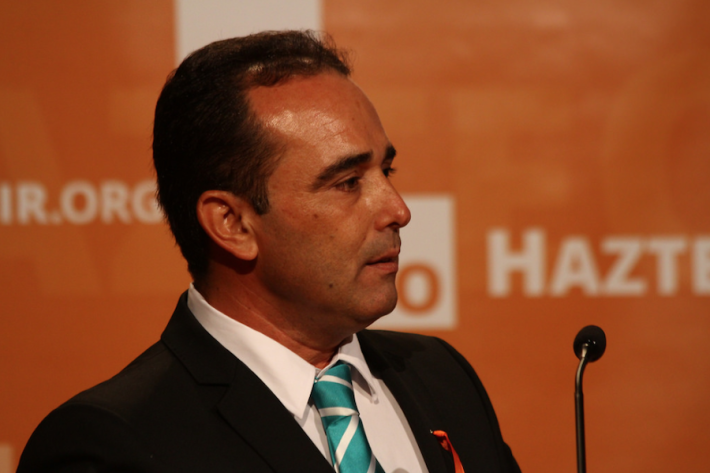 The country was not always an implacable foe of human rights on the international stage.

Over the past 15 years, I witnessed how Cuban diplomats undermined international human rights standards, first at the United Nations Human Rights Commission and later at the UN Human Rights Council.

Artists are now being arrested in Cuba for protesting Decree 349, a law that would eliminate the few artistic freedoms remaining there.

International Human Rights Day in Cuba will be a day that the Cuban secret police harass, detain, and assault human rights defenders attempting to exercise their rights.

It was not always this way.

Cuba’s last democratic president, Carlos Prío Socarrás, was elected in free and fair elections and assumed office on October 10, 1948. President Prío respected human rights, and this was reflected by the actions taken by his diplomats at the founding of the UN.

Cuba, Panama, and Chile were the first three countries to submit full drafts of human rights charters to the commission. Latin American delegations, especially Mexico, Cuba, and Chile, inserted language about the right to justice into the Universal Declaration of Human Rights, in what would become Article 8.

Cuban delegate Guy Pérez-Cisneros addressed the UN General Assembly on December 10, 1948, proposing to vote for the Universal Declaration of Human Rights. The Cuban ambassador celebrated that it condemned racism and sexism, and also addressed the importance of the rule of law:

“My delegation had the honor of inspiring the final text, which finds it essential that the rights of man be protected by the rule of law, so that man will not be compelled to exercise the extreme recourse of rebellion against tyranny and oppression.”

This democratic Cuba was overthrown on March 10, 1952, by Fulgencio Batista, and hopes of a democratic restoration were frustrated by the Castro brothers in 1959.

Guy Pérez-Cisneros died of a stroke in 1953.

Ernesto Dihigo, like Pérez-Cisneros, left the diplomatic corps following the 1952 coup, but returned as Cuba’s ambassador to the United States in January of 1959, retiring in 1960. He left Cuba in 1989 and died in Miami in 1991.

Democrats should share this history with Cubans on the island to demonstrate that civil and political rights are an intrinsic part of a shared Cuban heritage that in 1948 made world history and that the regime in the island today would like to erase.

This article was originally published by the Miami Herald on December 8.