As India marks 70 years of independence, its democratic institutions are suffering from weaknesses that the government has done little to address. 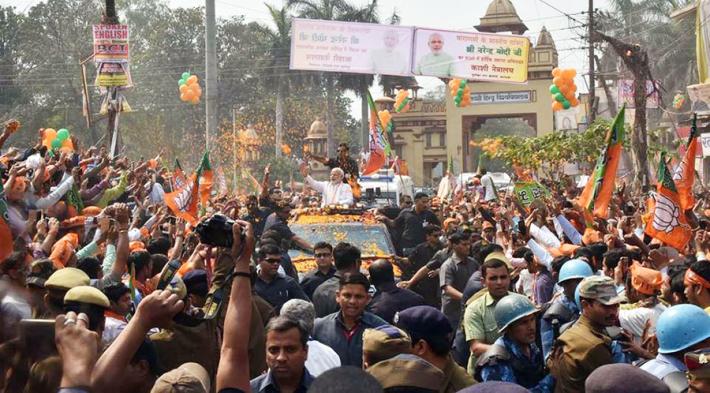 by Rukmani Bhatia, Research Coordinator, Freedom in the World & Freedom of the Press

As India marks 70 years of independence, its democratic institutions are suffering from weaknesses that the government has done little to address.

India has been designated as Free by Freedom in the World for almost 20 consecutive years, placing it among other high-ranking countries that generally uphold political rights and civil liberties.

The world’s largest democracy has long held regular elections on a massive scale, and undergone peaceful transfers of power from one government to the next. The electoral process is not without its flaws, with reports of corruption, vote buying, and harassment indicating that there is still ample room for improvement. But elections have generally remained peaceful and competitive in recent years, allowing for the rise and fall of multiple parties and coalitions at the state and national levels.

Indeed, the 2014 victory of current prime minister Narendra Modi and his right-leaning, Hindu nationalist Bharatiya Janata party (BJP) may have dealt a fatal blow to the center-left Indian National Congress party’s traditional dominance of national politics. Congress had governed for most of the period since independence, with only brief interruptions before the 1990s, though it had increasingly relied on a coalition of smaller parties to maintain a majority.

Under Modi, the government has taken significant steps to address the rampant culture of corruption in India, with Modi himself noting that “corruption and black money have destroyed the Indian democracy, eating into it like a termite.” On November 8, 2016, his administration implemented a demonetization policy that eliminated all 500- and 1,000-rupee notes in circulation. The goal of this drastic measure was to remove hoards of untaxed, unmonitored “black money” from the system. It was praised in some quarters, though it resulted in a cash shortage, with long lines at banks as people sought to exchange or withdraw money.

While Modi has made some progress on corruption and other reforms designed to strengthen the economy, such as the Goods and Services Tax launched in 2017, his government has so far neglected or exacerbated a range of other challenges to India’s democracy:

India today remains the world’s largest democracy, but it is clearly facing serious threats. While anticorruption measures and economic reforms may be necessary, they are insufficient to ensure that all Indians continue to enjoy the benefits of a free and democratic society.