Gender-based threats and abuse online have forced some women journalists to reduce their social media presence or even quit the profession. 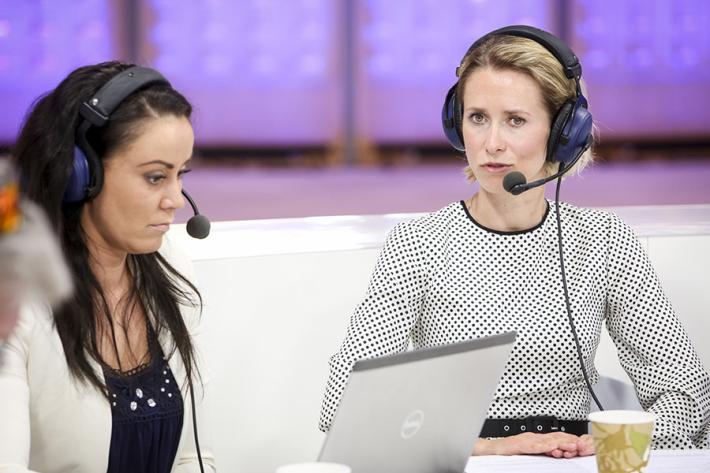 Gender-based threats and abuse online have forced some women journalists to reduce their social media presence or even quit the profession.

“I’ve lost count of the number of times I’ve been called a whore on Twitter just because I won’t reconcile my opinion to somebody else’s.”
—Barkha Dutt, Indian reporter and commentator

“I’ve turned off notifications on my Twitter … so if people are sending me nasty stuff I just don’t see it.… They know how to exploit your networks and target your family.”
—Amanda Hess, New York Times David Carr Fellow

“This morning I woke up to a rape and death threat directed at my five-year-old daughter. That this is part of my work life is unacceptable.”
—Jessica Valenti, feminist author and columnist

“One tweet simply read, ‘women that talk too much need to get raped.’”
—Caroline Criado-Perez, feminist activist and journalist

Trolling has become a common feature of engagement in the online world, where anonymity and physical and emotional distance allow people to harass, abuse, and threaten others with a strong sense of impunity. According to a 2014 Pew Research Center report, 40 percent of internet users have experienced some form of online harassment. Studies have found that men are more often the target of troll attacks, with one exception: the field of journalism.

Female journalists receive more online abuse and trolling attacks than their male counterparts. The attacks are focused not on the content or information reported, but on the journalists themselves. They frequently include sexual harassment and threats of violence, or in the case of Sri Lankan journalist Sonali Samarasinghe, attacks on the target’s biological womanhood, with a troll stating that she “had no uterus.”

More acute trolling assaults can involve threats against the victim’s family members as well as “doxing”—the release of personal information like a home address, which can put the journalist’s physical safety at risk. Bethany Mandel, a conservative reporter who received a slew of antisemitic messages while covering the 2016 U.S. presidential election, noted that after being doxed, she bought a gun. She said, “I thought that I would feel better if I had a gun—and I did.”

There are few effective remedies for these types of attacks. Individual accounts can be reported and hopefully deemed inappropriate and shut down by the hosting company, but the underlying environment that allows trolling to occur remains a severe problem.

In some cases, the online attacks are encouraged or initiated by political leaders who seek to discredit or silence critical journalists. In Turkey, President Recep Tayyip Erdoğan has repeatedly used hostile rhetoric against the press, denouncing opposition journalist Amberin Zaman as a “shameless militant disguised under the name of a journalist.” His comments were taken up by trolls who continued the harassment of Zaman online. Similarly, U.S. reporter Megyn Kelly saw spikes in troll attacks after she was insulted on Twitter by then presidential candidate Donald Trump.

The psychological toll of this vitriol is often unbearable, leading some journalists to remove themselves from the online world, limiting their ability to function in their profession. More broadly, trolling attacks and the lack of effective protection mechanisms have a chilling effect on female journalists.

There are some new initiatives to support women journalists and provide legal recourse for specific aggravated threats online.

The European Centre for Press and Media Freedom created the Women’s Reporting Point, an encrypted messaging system that allows female journalists to report gender-based online attacks. Trained female staff can engage with journalists in a confidential manner to provide them with support and potential legal options.

In Pakistan, the Digital Rights Foundation established a Cyber Harassment Helpline in 2016 to document cases of online abuse. The helpline, the first service of its kind in the country, also provides legal advice, digital security support, and psychological counseling. In its first four months of operation, it received over 500 complaints, roughly two-thirds of which were submitted by women.

Awareness of the trolling problem has increased, and efforts to support affected journalists are under way. Yet within the media industry, it appears that trolling and the gender-specific nature of the abuse aimed at female journalists are now perceived as part of the job. There doesn’t seem to be a strategy to prevent the harassment, or to change the online operating environment for journalists. As a result, some have felt compelled to censor themselves or abandon their work. The journalistic profession, and news consumers in general, will suffer from this loss.