For Clues on a Post-Karimov Uzbekistan, Look to the Cotton Harvest

Longtime Uzbek president Islam Karimov is dead, but the autocratic regime he built lives on. The country’s vital cotton industry illustrates how the system operates, and why it is unlikely to change. 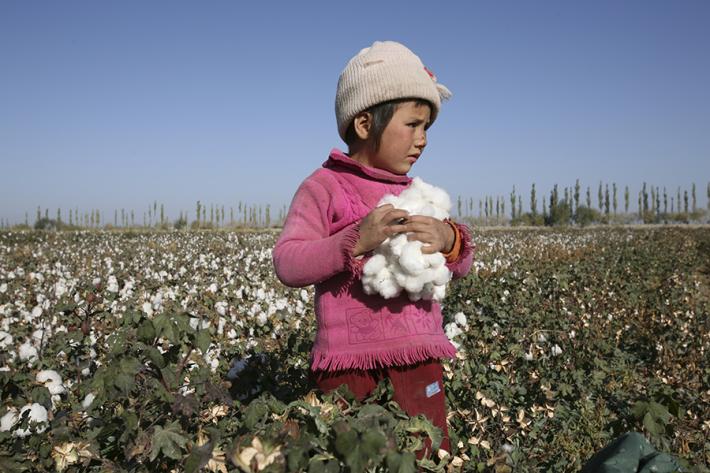 Longtime Uzbek president Islam Karimov is dead, but the autocratic regime he built lives on. The country’s vital cotton industry illustrates how the system operates, and why it is unlikely to change.

President Islam Karimov, whose death was announced on September 2, ruled Uzbekistan for 27 years. He took office before the fall of the Soviet Union and preserved many aspects of the Soviet system, violently suppressing all dissent and renewing his mandate through egregiously rigged elections.

Karimov may be best known for atrocities like the 2005 Andijon massacre and reports that his enemies have been boiled alive. But it is Uzbekistan’s cotton industry that provides the best insight into his regime as a whole, as both rely on a combination of brutal state control and extensive corruption, and both benefit a ruling elite that has little incentive to launch reforms in the wake of Karimov’s death.

Uzbekistan was once the main cotton supplier to the Soviet Union, and the modern industry remains in state hands. In an echo of Soviet-era collective farming, every year the government mobilizes students and public employees to work in the fields and fulfill cotton quotas. From April to August, citizens must weed the land; in September and October, they harvest the cotton. The government claims that the work is voluntary, but refusal to participate can result in expulsion from school, dismissal from public-sector jobs, or physical violence.

Until 2012, the state relied in large part on child labor to bring in the harvest. That year, pressure from international human rights organizations led to an increase in recruiting of adults instead. The consequent absence of teachers, doctors, and nurses from their workplaces has weakened educational institutions and health facilities across the country. In order to preserve this arrangement, the government often targets people in poor, rural areas and avoids more affluent groups, especially employees at institutions in the capital, Tashkent.

Despite international criticism, the country remains one of the last bastions of state-controlled slavery in the world.

Corruption in a command economy

Corruption is a core component of the cotton sector’s Soviet legacy. Widespread fraud in the industry gave the republic a reputation for graft long before the fall of the Soviet Union. A scandal in the 1980s exposed numerous reports of illegal gains and bribery by Soviet officials, including Uzbek Communist Party leader Sharaf Rashidov, who killed himself before facing trial.

Today, cotton brings in some $1 billion annually and accounts for about 25 percent of Uzbekistan’s gross domestic product. But state control and rampant corruption prevents this wealth from filtering down to cotton workers. Instead, graft has fortified a neo-patrimonial political system that supports the incumbent leadership. Such opacity in business has earned Uzbekistan a ranking of 153 out of 168 countries in Transparency International’s Corruption Perceptions Index.

As a lawyer from an initiative against slavery in Uzbekistan explained to Radio Free Europe/Radio Liberty in June, “The entire cotton sector is structured as a corrupt mechanism, the way that the prices are set, the way that the money disappears into a mysterious fund that’s off the budget.”

After independence, Karimov rejected large-scale privatization and kept most assets, including in the cotton industry, in state hands. Today, the government continues to restrict private ownership and foreign direct investment, ensuring that cotton revenue flows into the pockets of the country’s most powerful people.

An Open Society Foundations report in May found that a “vertical monopoly of state-controlled cotton suppliers and processors” allows political elites to directly reap the benefits of production, a system reinforced by patron-client networks.

Given this system’s vital role in propping up the regime, it is no accident that Karimov’s expected successor, Prime Minister Shavkat Mirziyoyev, is also a leading figure in the cotton industry. Having overseen the agricultural sector for over a decade, he has personally supervised the mobilization of citizens into forced labor.

In 2000, while serving as a regional governor, Mirziyoyev reportedly beat a math teacher whose students he accused of picking cotton too slowly. Last year, he ordered the confiscation of cars, cattle, and other assets from farmers who had outstanding debt, despite the fact that their situation stemmed from government mandates to sell at below-market prices. “Go to the homes of farmers in debt who can’t repay their credit,” he allegedly told local officials. “Take their cars, livestock, and if there are none, take the slate from their roofs!”

Fear of the prime minister’s wrath led local officials in the Fergana region to order workers to glue cotton balls back on plants ahead of his visit to the area; they hoped it would make the fields appear more attractive and bountiful. Ultimately, the Potemkin Village project was in vain, as Mirziyoyev never showed.

Uzbekistan’s cotton harvest is more than modern-day slave labor. It is the engine of an authoritarian political and economic apparatus that forces ordinary citizens to support the country’s entrenched elite. If the next president hails from the same powerful group, it seems unlikely that he will initiate any democratic transformation.