“A Constant State of Fear”: An Afghan Human Rights Defender Describes Her Life Under Taliban Rule

Nearly a year after the US military’s withdrawal, women have been forced out of the public sphere and isolated from networks of support. 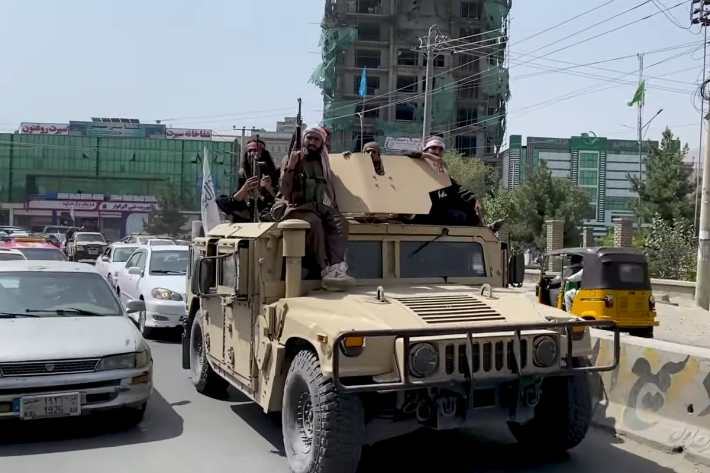 In the interview below, Freedom House spoke with an Afghan human rights defender to get a sense of life under the de facto Taliban regime, specifically for Afghan women.

Due to the sensitive nature of the interviewee’s work, Freedom House has agreed to respect her anonymity and not specify her location.

Freedom House: Thank you for agreeing to this interview. Can you tell us a little about yourself?

Woman Human Rights Defender: I am a woman in her mid-30s from western Afghanistan. I attended college and studied political science and law. I started my professional career by attending meetings of several women’s rights groups. Subsequently, I joined a women’s legal and social support program that is supported by a provincial government as a prosecutor and advocate for women’s rights in this province.

FH: Do you remember the last time the Taliban were in charge? What do you recall from that time?

WHRD: I was five years old, and I went shopping with my mother and my cousin who was the same age. The Taliban stopped us and started beating me and my cousin, as we were not wearing any hijabs (head coverings). I was so petrified that I had nightmares for weeks, and my parents decided that no female family members should go shopping anymore to prevent this from happening again. I stopped playing outside with my friends, did not go to school, and spent all my time at home, helping my mother with household chores. The Taliban also detained my father, accusing him of being in photographs with former government officials. On the way to the police station, one of the Taliban commanders pushed my father out of the car and broke his spine. He has suffered from this injury ever since. He was released after it was verified that he was not a former government official. We left for Iran because the Taliban’s actions were unpredictable, and my parents were worried that my two young brothers could be the next targets of Taliban repression. After the fall of the Taliban in 2001, my father decided to return to Afghanistan, and I was very upset because I thought that the frightening events of my childhood would be repeated.

FH: Were you surprised that the Taliban came back into power in 2021?

WHRD: I was in a state of shock for two months. The night the Taliban captured [my town], we left for Kabul, as my in-laws and I were all considered direct targets. I was a government employee working for the legal protection of women at risk of domestic violence, and my husband and brother-in-law had worked for international organizations. Once we arrived in Kabul, our old neighbors called and mentioned that the Taliban had broken into our home and were looking for me. We all stayed in Kabul for two months until the situation was partially under control and the Taliban announced that they would not persecute any former government employees. It was hard to trust them, but we had no way to live in Kabul or to leave the country—we saw no reliable pathways out of Afghanistan—so we returned home.

I was also very disappointed about how my office dealt with former colleagues. We received no communication from our senior leadership and had to rely on the mercy of the Taliban for survival.

FH: Tell us about your earlier work helping Afghan women.

WHRD: I represented and supported more than 1,000 women who were victims of violence. Some of the accused were influential people, such as warlords, drug dealers, and criminals, who did not believe in women’s rights, equality, and dignity. Most of them treated women as their commodities, had no respect for them, and, if given the chance, would have beaten them to death.

At one point, I helped women who had left their homes and were living in shelters to get basic needs and protection and to feel safe. I also organized training programs and discussion meetings to help government officials learn how to handle cases of violence against women. For example, in monthly meetings with officials from various departments, we discussed the challenges of managing safe houses to protect women and girls.

Working on women’s rights in a traditional society with a huge population of conservative people was a constant challenge.

FH: How has the Taliban’s return affected your work and home life?

WHRD: The return of the Taliban has completely turned my life upside down. I lost my career, about which I was so passionate; it gave great meaning to my life. Now I do not feel that I am productive enough to help women who seek legal protection. I lost all my affiliations to the joint advocacy platforms, associations with like-minded organizations, and my part in the campaign for reinstating women’s human rights in Afghanistan.

I feel that day by day my identity has changed from an active agent of change to a passive and submissive person, with my energy focused on how to survive under this dark, illegitimate government.

It is heartbreaking to see people running my country and my state who have a strict ideology that defies basic human rights values and freedom. It is hard to watch the gains of the last 20 years vanish in the blink of an eye. Women are suddenly not active in the public sphere; government offices are filled with people who see the role of women as limited to the domestic sphere. Their behavior toward women is very derogatory, as they consider women only a source of pleasure and childbearing. They continue to sideline and silence women using a strict and non-Islamic interpretation of Islam. Their behavior as a governing body is unbearable and does not meet any international standards.

I’ve lost my personal life, and my financial independence has been taken away. I lost the community of my colleagues, friends, and mentors from whom I was learning a lot. I also lost my hope for my country. I feel it is not safe for me and other women, especially for my new baby girl.

I am also in a constant state of fear, as the Taliban’s behavior is again unpredictable. They have persecuted some of my colleagues, and I fear that if they are recognized by the international community, they will further pursue the people committed to democracy and human rights. As a women’s rights activist I could be one of their targets too. I am also scared because I was involved in the protection of women who faced domestic violence, and considering the current state of lawlessness, I could be an easy target for men who were prosecuted as I was working on the cases of their wives or family members.

FH: What message do you have for people in the United States?

FH: What message do you want to share with Freedom House and our supporters?

WHRD: Freedom House should remind the world that the Afghan people must not be forgotten. Afghans are true allies in the fight against terrorism, and most Afghans truly believe and have high aspirations to live in a country where human rights and freedom for all are respected. These are the values for which both Afghans and their international partners have sacrificed for the last 20 years. Freedom House should also work with the women of Afghanistan to ensure that our silenced voices are again heard and that we come back into positions of power.

Freedom House is part of the Afghanistan Human Rights Coordination Mechanism (AHRCM), a group it cofounded with the Afghan Civil Society Forum (ACSF), the Safety and Risk Mitigation Organization (SRMO), MADRE, and the International Federation for Human Rights (FIDH). The Women’s International League for Peace and Freedom’s Afghanistan Chapter (WILPF-Afghanistan) serves in an advisory role. With initial financial support from the Open Society Foundations, the mechanism seeks to share information with Afghan human rights defenders that will help ensure their safety; assess the needs of human rights defenders in Afghanistan and the region, coordinate responses to shared problems, and wherever possible, match activists in need with potential sources of support; and bring together Afghan and international voices to advocate for full respect for the human rights of all in Afghanistan. For more information on the AHRCM, click here.