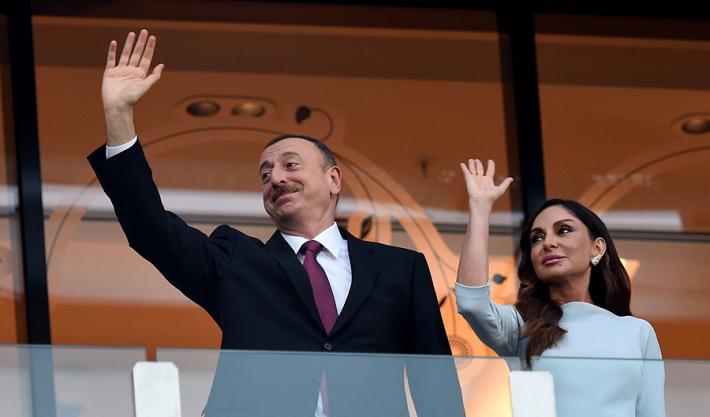 An EU-backed energy project that foresees the construction of a pipeline from Azerbaijan to Europe via Turkey is likely to shower Baku’s repressive leadership with new income.

The recent coup attempt in Turkey has raised concerns that political instability in the increasingly authoritarian country could jeopardize strategic energy projects including the Southern Gas Corridor, a European Union (EU) plan to import natural gas from the Caspian Sea region. However, repressive conditions in Azerbaijan are also cause for alarm. Given that past growth in Azerbaijan’s energy sector has fueled government corruption and related crackdowns on civil liberties, a boost in revenue and international status from the new pipeline route could worsen the country’s already tarnished human rights record—and thereby imperil its long-term reliability as a supplier.

A history of energy and diplomacy

Azerbaijan has long been a focal point of U.S. and European diplomacy. Its oil wealth, relatively secular society, and cordiality toward the West make it an important partner in a region dominated by adversaries like Russia and Iran. Baku’s cooperation with U.S. and NATO forces in Afghanistan after 2001 demonstrated its value in the security sphere as well, leading Western officials to exalt Azerbaijan’s geostrategic importance.

Over the past decade, expansion of Azerbaijan’s oil and gas sector seemed to offer hope that the country would continue to fend off post-Soviet economic and political turmoil. Landmark enterprises such as the 2006 Baku-Tbilisi-Ceyhan (BTC) oil pipeline and the South Caucasus Pipeline (SCP) for natural gas boosted GDP growth into double digits and allowed for the financing of some social projects.

After a series of politicized disruptions to the flow of gas from Russia to Europe via Ukraine, mistrust of Russia’s reliability as an exporter led the EU to draft a new energy strategy in 2014, prioritizing Azerbaijan as an alternative supplier. The European Commission laid out plans for a new pipeline network, the Southern Gas Corridor (SCG), to deliver gas from Azerbaijan’s Caspian reserves to Europe via Georgia and Turkey.

This pipeline will link European markets, namely the Balkans and Italy, to Caspian natural gas without involving Russia for the first time in history, pumping supplies to Turkey by 2018 and to Europe the following year.

Unfortunately, the flowering of positive relations and energy ties between Azerbaijan and the West has paralleled the consolidation of President Ilham Aliyev’s authoritarian regime, which devotes much of the country’s vast energy wealth to propping up a corrupt elite. An EU report from September 2015 asserted the country had “suffered the greatest decline in democratic governance in all of Eurasia over the past ten years.”

The United States and Europe have encouraged Baku to combat corruption, lauding the government’s pledges of transparency with respect to its sovereign wealth fund (SOFAZ) and welcoming its membership in the Extractive Industries Transparency Initiative (EITI) as a legitimate effort to prevent graft.

Yet many argue that Azerbaijan has fallen victim to the “resource curse”—the theory that energy-rich countries are more prone to slower democratic development. Indeed, the president’s direct control of SOFAZ and the opacity of SOCAR, the state energy company, have impeded business oversight while reinforcing patrimonialism and patronage networks.

In practice, rampant corruption has overwhelmed any positive effects from initiatives like the EITI, though Aliyev’s extensive international lobbying machine has been able to maintain the country’s positive image among many Western elites through the use of so-called caviar diplomacy.

Even as it nurtures an opaque business environment and starves the non-oil sector of growth and healthy investment, Azerbaijan’s energy wealth has enabled the corrupt leadership to entrench itself in power by tightening control over the media and other institutions.

Civil society groups have tracked the country’s authoritarian drift for many years, pointing to evidence of election rigging, arbitrary detentions, and violence against the opposition. But prominent investigative journalist Khadija Ismayilova recently argued that matters grew steadily worse because the Azerbaijani government did not “encounter much criticism from democratic countries.” For example, President George W. Bush spoke of Azerbaijan as “a modern Muslim country that is able to provide for its citizens, that understands that democracy is the wave of the future.” In 2010, Hillary Clinton highlighted restrictions on civil society, but insisted, “We believe that there has been a tremendous amount of progress in Azerbaijan.”

Repression has escalated sharply over the past three years. Among a series of other such incidents, authorities raided the offices of Radio Free Europe/Radio Liberty in 2014, leading to the closure of its Baku bureau the next year. In 2015, rights activists were sentenced to prison on spurious charges, and police dispersed a peaceful protest with tear gas and beat demonstrators with batons. At present, high-profile opposition members Ilqar Mammadov, Fuad Qahramanli, Faraj Karimov, and a plethora of others remain behind bars.

This crackdown roughly coincided with a plunge in global oil prices that exposed uncertainty about the regime’s economic and political stability. In a bid to further fortify his position, Aliyev recently proposed constitutional amendments that would, among other changes, increase presidential terms to seven years, weaken the parliament and property rights, create vice presidential posts with legal immunity, and reduce civil servants’ liability for rights violations. A referendum on the amendments is expected later in 2016.

Though both EU and U.S. officials are eager to activate the SCG as an energy route that bypasses Russia, a spike in Azerbaijan’s export revenue and its heightened regional clout as a natural gas provider (and a possible transit state for Central Asian gas) may simply reinforce the country’s backslide into authoritarianism. This casts serious doubt on the long-term geopolitical value of the project.

Nevertheless, rather than pressing harder for transparency, democratic reforms, and respect for human rights in Azerbaijan, Western governments seem locked into their pattern of overlooking abuses and forging ahead with the relationship. In March of this year, U.S. secretary of state John Kerry remarked, “Azerbaijan is located in a complex region right now and I think President Aliyev has been very studious and thoughtful about how to respond to some of those needs, particularly with his leadership on the Southern Gas Corridor.”

This unfaltering view of Azerbaijan as a strategic partner has allowed the country’s political and economic problems to grow worse, and in the absence of serious pressure to reform, a massive new project like the Southern Gas Corridor will only accelerate the deterioration.