Crowdfunding Is Not a Panacea for Persecuted Organizations

Emergency crowdfunding campaigns in Russia and Belarus have rescued some civic groups faced with crippling fines, but regular and sustained donations remain rare. 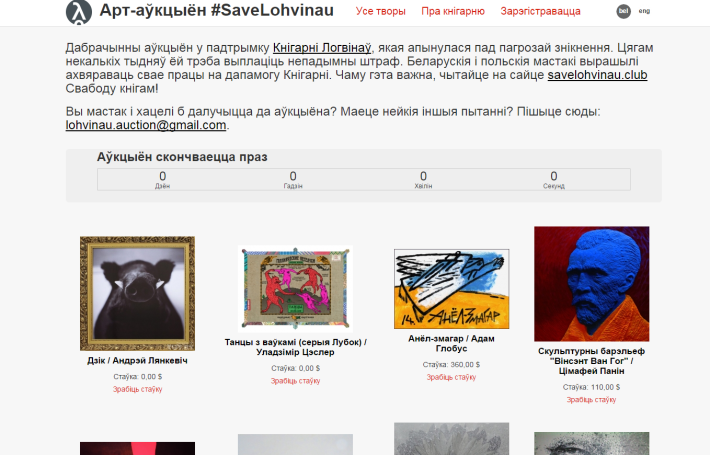 When the independent Belarusian publishing house Lohvinau was fined 951 million rubles (about $65,000) in January for producing and selling books without a license, few expected that the small company would survive such a massive financial blow. In a country where freelance journalism is punishable by law and the number of independent media outlets can be counted on one hand, the fate of this crucial organization seemed to have been decided.

So after the publisher raised the full amount of the fine through individual contributions in only two months, there was quite a bit of excitement and cautious hope that, perhaps, crowdfunding was finally gaining ground in Belarus as an effective way to support independent organizations and initiatives. Something similar happened recently in neighboring Russia, where thousands of dollars were raised in a matter of weeks to help the civic group Women of the Don and the Regional Press Institute pay hefty fines for not voluntarily registering with the government as “foreign agents”—a label applied to nongovernmental organizations (NGOs) that have received foreign grants and conducted any public activities that may be construed as “political.” While these cases are not exactly the same, they have something important in common.

Belarus and Russia are both countries where the national governments have for years been trying to suppress independent civic activity as a perceived threat to their autocratic regimes. They each have a number of restrictive laws that stifle freedom of association. In Belarus, a person can receive up to two years in prison for “acting on behalf of an unregistered organization.” In Russia, a crude and deliberate campaign is under way to discredit independent nonprofit organizations by portraying them as acting in the interests of foreign governments and businesses. Both countries have implemented convoluted and onerous regulations on foreign funding for NGOs.

Relying on domestic public support would seem like a natural way out of these constraints. In healthy democracies, civil society organizations perform a very important function by protecting and advancing the rights and interests of citizens, or providing services that governments and markets fail to deliver. Participation in and support for civic initiatives is desirable and respectable, and the level of public support for NGOs serves as a solid indicator of civic self-awareness and readiness to uphold other democratic values. By contrast, Belarus and Russia emerged from 80 years of a Soviet planned economy and “mandatory volunteering” with virtually no concept of informed individual philanthropy, and any charitable giving outside an occasional handout remains rare. Only 14.8 percent of Belarusians and 17 percent of Russians consider donating money to an NGO a worthy civic activity.

On closer inspection it becomes clear that the most notable recent cases of successful crowdfunding in these two countries came in response to urgent appeals, which often resulted from egregious government penalties imposed on civil society groups for their work upholding fundamental freedoms. The natural emotional response elicited by these appeals was based on a sense of fairness, and not a thought-out commitment to a particular cause.

In the case of Lohvinau, which was arbitrarily stripped of its publishing license in 2013 and made six attempts to obtain a new one in 2014, the fine was a final insult, moving hundreds of people from over 30 countries to send in their donations. For Women of the Don and the Regional Press Institute in Novocherkassk and St. Petersburg, it was mostly the organizations’ direct beneficiaries and friends who helped them survive. In other recent examples, such as the fundraising drive by the independent television channel Dozhd TV, viewers and journalists responded to an urgent appeal after the outspoken Russian media outlet was banned from cable networks under government pressure in 2014. None of these organizations had consistently solicited charitable contributions in the past as part of a sustained fundraising strategy.

Individual fundraising has always been the domain of social-service organizations, as opposed to civic or media activists. Indeed, in both Belarus and Russia, ordinary citizens will more readily support otherwise unaffordable treatments for sick children, or donate to hospices, orphanages, and programs for senior citizens. But the draw is almost always a personal story, a diagnosis, an appeal that tugs at heart strings and compels one to help.

Even years before the infamous 2012 “foreign agent” law was enacted in Russia, the social-service NGOs that also advocated for policy change affecting their beneficiaries would insist that they were “nonpolitical.” The fear of losing public support was a powerful deterrent to admitting that they were in fact working to defend citizens’ rights and freedoms in the face of debilitating government inefficiencies, discriminatory policies, and selective application of laws. So it was simply unimaginable that civic organizations, movements, and activists—which were overtly promoting human rights and fundamental freedoms as prerequisites for a democratic transformation of the country—could raise private contributions to support their work. The successes of Aleksey Navalny’s privately funded Anti-Corruption Fund, or the crowdfunding of the “Putin. Corruption” report, prepared by the opposition People’s Freedom Party, are notable exceptions that prove the rule.

It is not that advocacy organizations and civic initiatives are not prepared to embrace individual fundraising; the recent examples, on the contrary, show that they are capable of making compelling public appeals. The successes of these crowdfunding campaigns, however small or rare, offer a sliver of hope that civic capital has not been exhausted even in the most challenging environments. But how many more “foreign agents” and independent printing houses can be bailed out before citizens become desensitized? At best, attempts to raise financial support for civic initiatives through crowdfunding will only yield results if they are tied to an urgent crisis or outrageous injustice, when seeking help from fellow citizens is an option of last resort—unless and until individual philanthropy becomes a norm for the majority of citizens.