Rights violations or political repression in the name of fighting terrorism could fuel further instability and reverse recent democratic gains in the region. 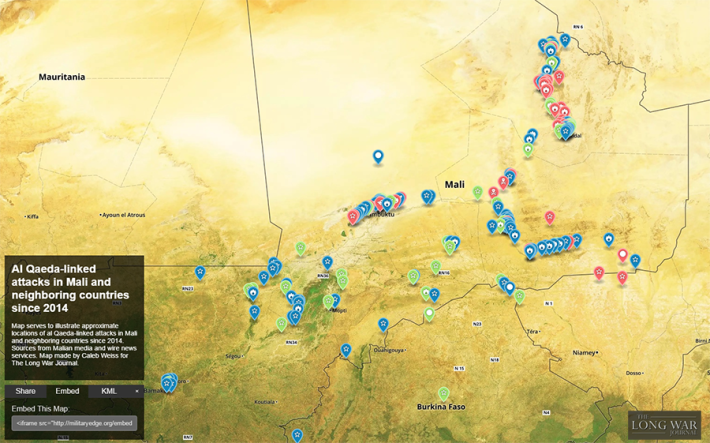 Rights violations or political repression in the name of fighting terrorism could fuel further instability and reverse recent democratic gains in the region.

On March 13, 2016, terrorists loyal to the regional jihadist group Al-Qaeda in the Islamic Maghreb (AQIM) attacked the coastal town of Grand Bassam, Côte d’Ivoire, just 25 miles from Abidjan, the country’s commercial capital and largest city. Unfortunately, these types of attacks against “Western” targets have been on the rise across the region. Since November, two other terrorist assaults in the capitals of Mali and Burkina Faso have left at least 20 and 30 people dead, respectively.

As jihadist groups in the region change tactics, governments will understandably adjust their antiterrorism efforts. But as we have seen in Ethiopia and Kenya, when governments ramp up security, they also frequently clamp down on freedoms of movement, expression, and assembly, or use terrorism as a pretext to suppress political opposition. In West Africa, this could cause backsliding on democracy and derail ongoing processes of recovery from recent political crises. While it is crucial for governments to protect their citizens from terrorist attacks, it is also essential for human rights to be respected and upheld.

In each of the three countries attacked by AQIM thus far, transitional justice mechanisms have been in the process of restoring democratic governance and reconciling victims after prolonged periods of violence and abuse.

Without a doubt, Mali, Burkina Faso, and Côte d’Ivoire have all turned the page on devastating periods in their histories and are on the right track in terms of restoring democratic governance and improving the state of human rights. But if this is to continue, they will need to respond to the latest terrorist threat in a way that pays equal attention to strengthening democratic institutions, the rule of law, and accountable governance. While deficits on such issues are problems in their own right, they also create fertile ground for the extremist narratives of jihadists.

It is therefore worrying that some West African authorities are already using tactics that could threaten hard-earned stability in the region.

In traditionally stable and democratic Sénégal, hundreds of suspected terrorists were hastily rounded up after the attack in Burkina Faso, and security forces began a wave of vehicle searches and raids, which many have deemed excessive. Similar steps have been taken in Niger—a country with a shaky democratic record that faces separate terrorist threats from the west and the south. In the last year, the government of Niger has repeatedly restricted citizens’ ability to peacefully protest and arrested people en masse, using the terrorism crisis as a justification. President Mahamadou Issoufou was quoted as saying, “When there is a conflict between security and liberty, we opt for security.”

In addition to derailing existing transitional justice processes, abuses by security forces can cause citizens to lose faith in government and even help to push people toward radical groups. We have seen this in Nigeria, where security forces under former president Goodluck Jonathan were accused of killing hundreds of alleged terrorists in detention and have yet to be held accountable. It is also a potential problem in countries with tense political environments, such as Niger, which recently held national elections, and Senegal, which has just held a major referendum on reducing presidential terms from seven years to five. In periods of electoral contestation, it is especially easy for the public to interpret limitations on movement, protest, and expression as an abuse of power designed to stifle the opposition or advance a political agenda.

Individual governments should practice restraint when conducting antiterrorism activities by not infringing on fundamental human rights. Regional bodies should also play a stronger role in encouraging governments to respect such rights. For example, the G5 Sahel, created mainly for greater cooperation and efficiency among militaries in the region, should be employed to convey the importance of respect for human rights and incorporate this message into military training programs.

Over the last two decades, the West African region as a whole has made gradual gains in political rights and civil liberties, according to Freedom House’s annual Freedom in the World report. It is the responsibility of all stakeholders—including governments, regional bodies, militaries, and civil society organizations—to ensure that newly adopted antiterrorism efforts do not erode these achievements.