Is Dangerous Propaganda Lurking in Your Emojis?

Some Russian officials are incensed that Apple’s iPhone includes images of happy same-sex couples among its hundreds of beloved pictograms. 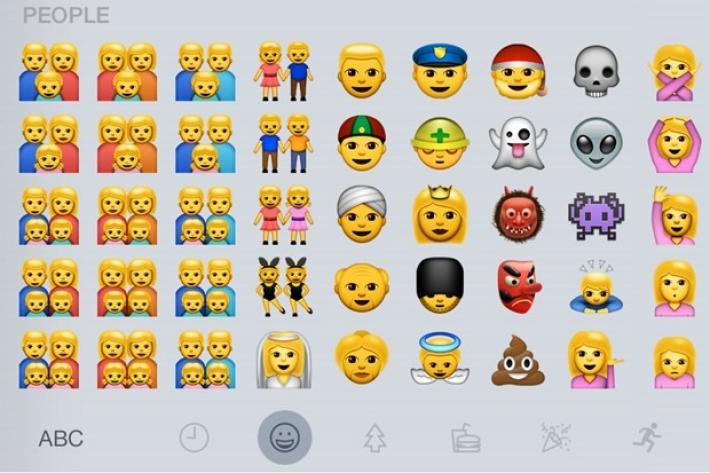 Some Russian officials are incensed that Apple’s iPhone includes images of happy same-sex couples among its hundreds of beloved pictograms. 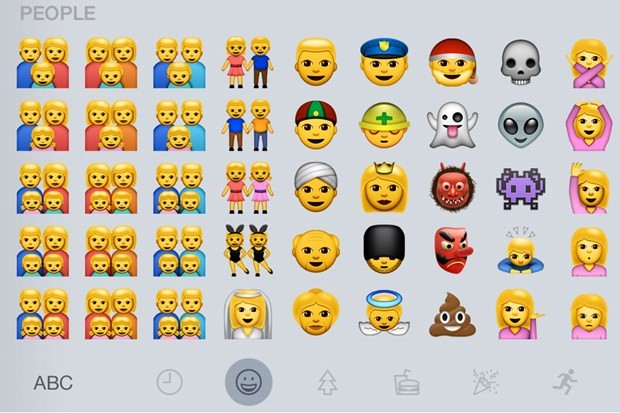 Russian authorities have been looking for so-called homosexual propaganda everywhere since the 2013 passage of a law banning the “propaganda of nontraditional sexual relations” among minors. The beauty—or rather deviousness—of the law is in its vague definitions, which allow it to be applied to anyone or anything that relates in any way to homosexuality.

As a result, homophobic and transphobic hysteria has broken out in Russia. Public events about LGBTI issues have been banned by the authorities, an LGBTI youth support group on Facebook was prohibited, and even the colorful flag of one Russian region was audited for possible violation of the law. Now Russian legislators are proposing fines and up to 15 days in prison simply for coming out the closet in public.

Where else can this alleged menace be found? Apparently in your iPhone’s emojis.

Earlier this year, Apple unveiled a host of new emojis with the release of its iOS 8.3 operating system for iPhones. Among the emojis of police officers, ghosts, and happy people are depictions of smiling men holding hands, women holding hands, and families with same-sex parents in what the media described as Apple’s gayest software yet.

Russia’s Ministry of Internal Affairs branch in the Kirov region suspects that these emojis, by affirming that LGBTI people are regular people too, present a threat to Russian society and violate the ban on propaganda of nontraditional sexual relations. The police in Kirov are awaiting an official analysis from the Sikorsky Interregional Bureau for Court Expertise on whether the emojis actually break the law. If a court determines that they do, Apple could be fined up to 1 million rubles ($16,000) or kicked out of Russia.

One of Russia’s most prominent homophobes and transphobes, St. Petersburg city councilor Vitaliy Milonov, says Apple should operate in Russia as it does in China:

“If iOS wants to stay in Russia, Apple should release a Russia patch, just like for China, that brings the system into compliance with Russian law. In China they developed their software in compliance with the appropriate legal prohibitions of the country. Otherwise, they should mark iOS 8.3 as ‘18+’ and market it only in special stores along with the whips and mouth gags.”

While these accusations are hard to take seriously, the all-out assault on LGBTI people and anything having to do with “nontraditional sexual relations” is not. Russia’s LGBTI population is targeted with violence, denied health care and housing, and vilified in the media.

Here’s a recommendation for Apple: Stand strong in support of the rights and equality of Russia’s LGBTI people by not bowing to Russian officials’ outrageous demands. Let Russia’s biggest iPhone fan answer for it.