The Decline of Independent Journalism in China 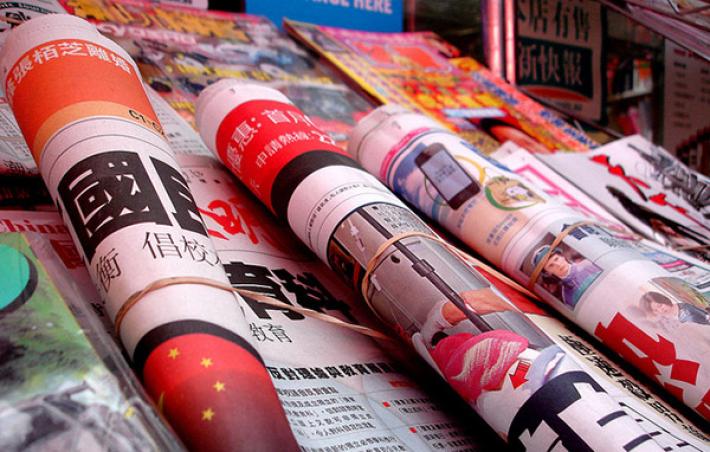 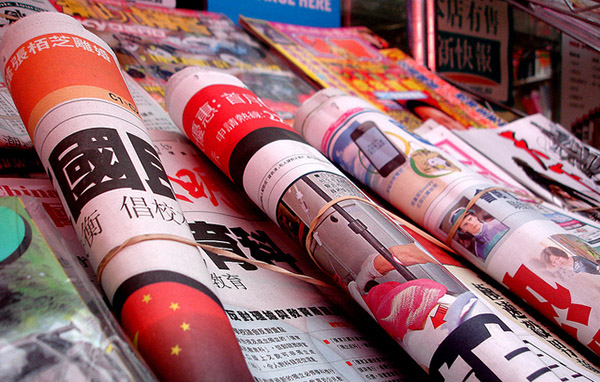 This piece was originally published in The Diplomat.

The year 2015 may have marked the end of an era in Chinese journalism. Until recently, liberal, commercial print media engaged in aggressive and influential reporting that also formed part of a successful business model. The decline of this sector is due to a combination of tighter government controls, targeted prosecutions, and the kinds of financial pressures facing print media worldwide.

Although investigative journalists and commercial media have faced periodic reprisals for over a decade, and more pressure than usual since 2012, events in 2015 were decisive in reducing the space and influence these media outlets had tried to carve out for themselves in a politically restrictive and highly competitive market.

The Guangdong-based Southern Media Group has been hit especially hard. Last January, former Southern Weekly journalist Fang Kecheng lamented the failure of 2013 protests by reporters and others who sought to combat censorship at the paper, one of the country’s most influential liberal news outlets and a pioneer of serious investigative journalism in China. Fang said censorship demands had mounted since the protests, and an exodus of experienced journalists to various internet start-ups ensued.

In April, authorities revoked the publishing permit for Money Week and shut down the website of the 21st Century Business Herald. Staffers from the two Southern Media Group outlets had been detained in 2014 under allegations of extortion. In August, Guangdong authorities published a report listing various new requirements that had been imposed on the company, including an increase in the percentage of CCP members among its employees. In September, three of the group’s papers ran glowing coverage of a military parade held in Beijing, one of the CCP’s largest propaganda events of the year.

The final blow of 2015 came on Christmas Eve, when Shen Hao, the former chairman of the company’s 21st Century Media unit and a former Southern Weekly editor whose idealism and professionalism inspired a generation of journalism students, was sentenced to four years in prison on extortion charges that many colleagues believe to be fabricated. Amid the Southern Media Group’s political tribulations and falling readership, what was once among the most successful commercial media companies in China has reportedly been forced to accept millions of dollars in government subsidies. “The case of the 21st Century group showed that journalism has been annihilated in China,” Cheng Yizhong, a prominent journalist who has served time in prison for his reporting, told the Washington Post. “The ruling party has won the war it started in 2003, completely.”

Similar pressures have appeared at other commercial media outlets over the last two years, causing many to break up investigative reporting teams and even close down altogether. In a watershed moment in 2015, Wang Xiaolu, a reporter from Caijing, one of the country’s most respected financial magazines, was arrested and paraded on state television in August for an article that reported on the stock market around the time of one of the summer’s precipitous sell-offs. Wang’s case was widely seen as an attempt to scapegoat and intimidate financial reporters as the government attempted to prop up the market.

Adding to the shifting direction of news coverage in China, a number of new, state-subsidized digital media outlets are gaining readers and increasing the dominance of official narratives. The most prominent is thePaper, a web-based publication entirely funded by the government under the Shanghai United Media Group. As Tabitha Speelman outlined in a recent article, the Paper is China’s first digital news organization to create a mobile application featuring its own content, which consists of an incongruous combination of social exposés that occasionally get censored, propaganda-like pieces, and arts and culture news. With this recipe, the Paper“has distinguished itself by successfully integrating into the media diet of many young Chinese, most of whom would normally not follow or share state media’s often stodgy coverage.” Its success has reportedly prompted satisfied reactions from the State Internet Information Office and copycat online platforms in at least six other provinces or municipalities.

Taken together, these developments paint a disheartening picture for China watchers who saw publications like those at the Southern Media Group as proof that quality journalism could survive — and even thrive — in one of the world’s most restrictive political environments.

A few journalistic stalwarts, like Hu Shuli’s Caixin, carry on. But with the regime’s thumb on the scale, the model of journalism that produced hard-hitting, popular investigative reporting on topics like official corruption and tainted vaccines is increasingly losing out to a format whose most prominent feature is sunny headlines about government work and the daily activities of Xi Jinping.