The maps and graphs below illustrate three major patterns that will affect the continent’s future path. 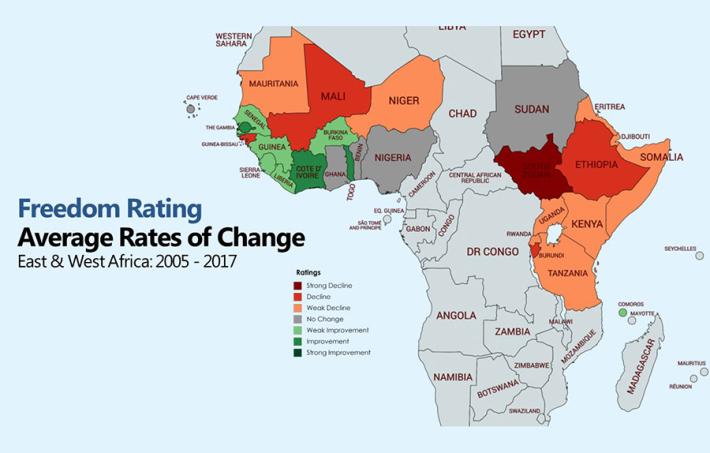 The maps and graphs below illustrate three major patterns that will affect the continent’s future path.

The 2018 Freedom in the World report documented the 12th year of an alarming global decline in democratic governance, but the story in sub-Saharan Africa is more complicated. Sorting through the report data (which are all publicly available here), we identified three key trends that have broad implications for the continent’s democratic trajectory, depicted in the five graphics below.

Trend No. 1: Regions are diverging

The relative democratic parity in sub-Saharan Africa at the beginning of the 1990s—at the tail end of the so-called “third wave” of global democratization—has given way over the past two decades to a distinct regional divergence: Southern and West Africa have significantly improved their democratic governance, but Central and East Africa have suffered major setbacks. 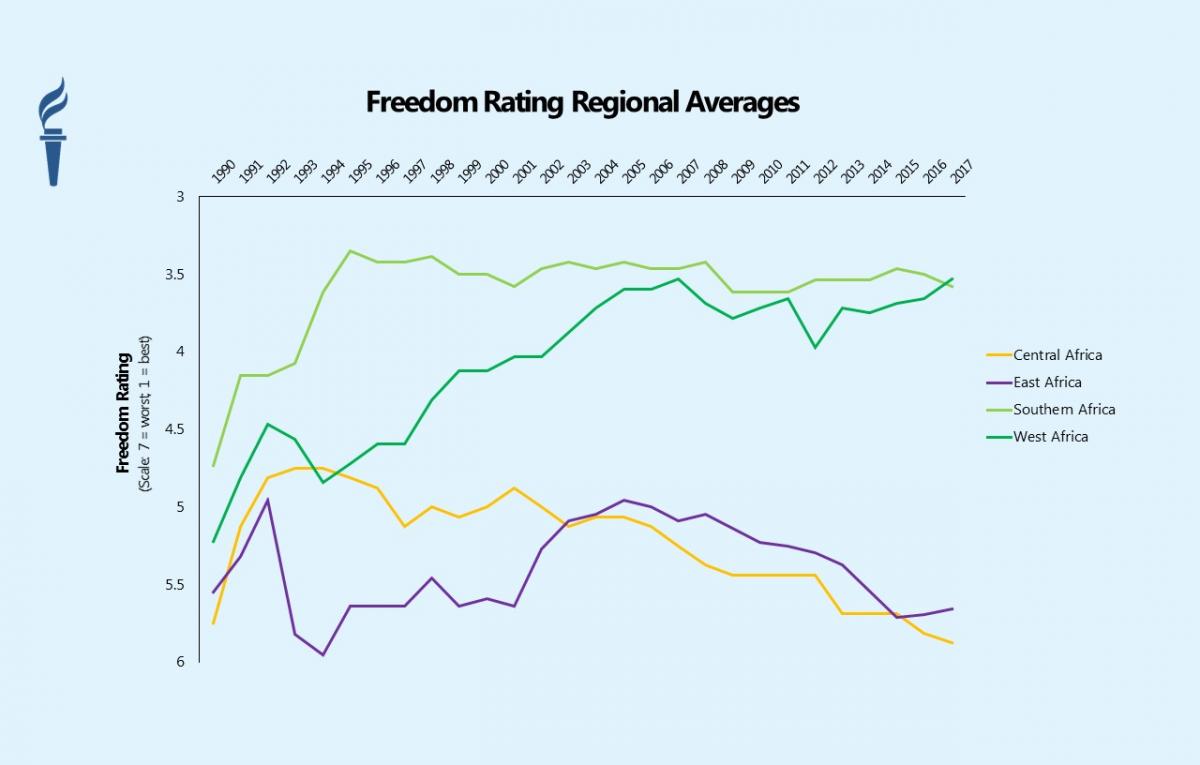 The growing gap between East and West Africa is particularly striking. This map shows the average rate of change for Freedom in the World ratings in East and West African countries, with democratic governance stagnating or declining in every country in East Africa over the last 12 years, while much of coastal West Africa improved (though some Sahel countries declined.) 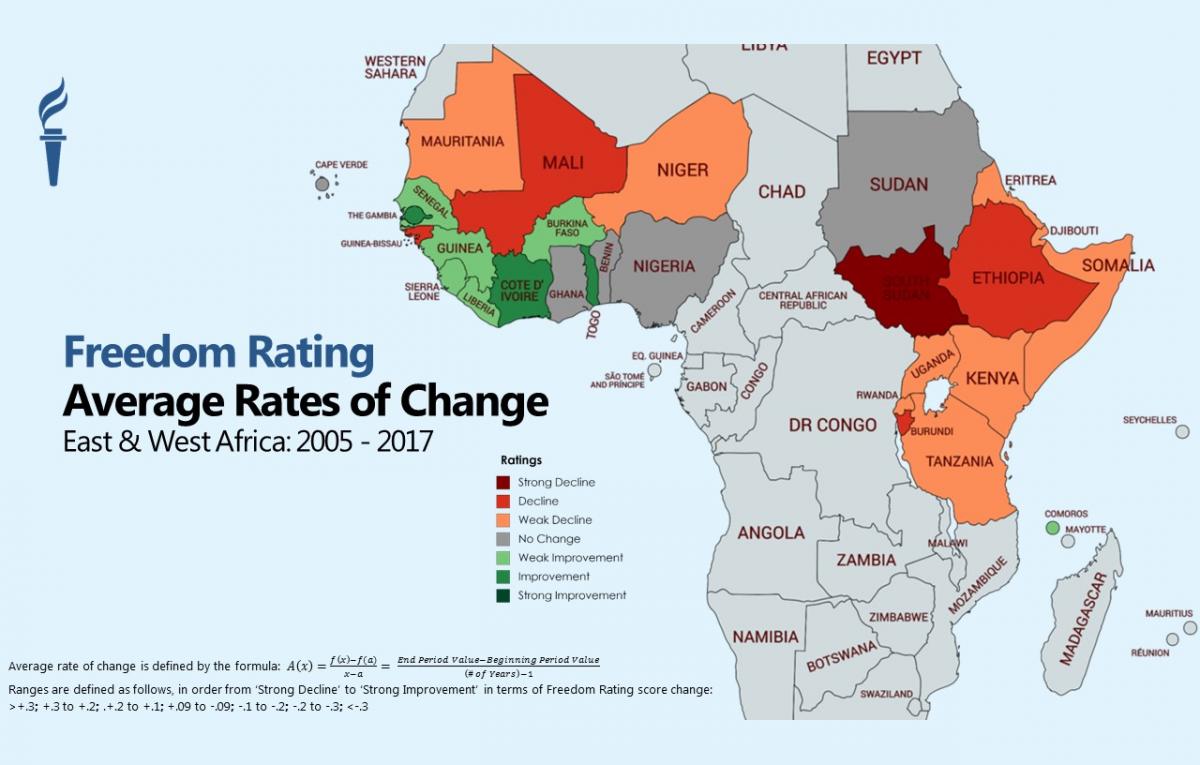 Trend No. 2: Countries with fast-growing populations tend to be more autocratic 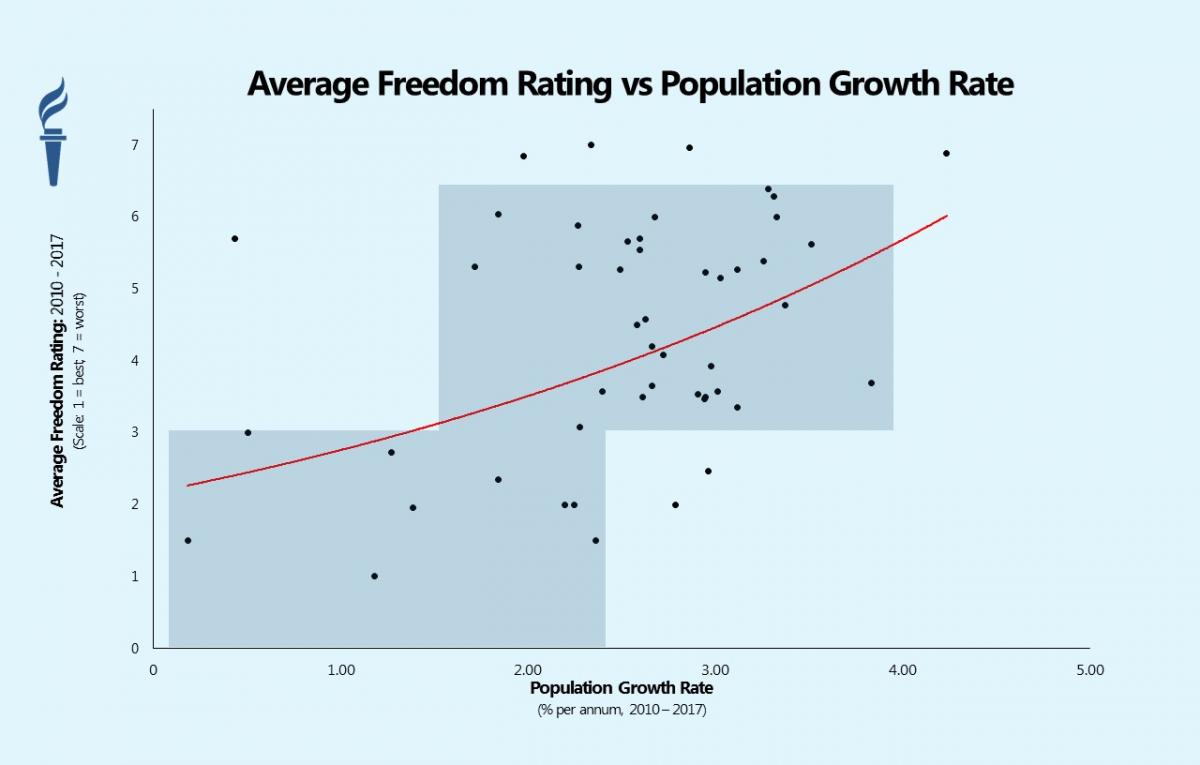 Depicting the correlation in another way, the map below shows the eight countries with the fastest-growing populations in sub-Saharan Africa, together with their average Freedom in the World ratings over the last seven years. All are classified by Freedom House as Not Free except for Niger and Uganda, though they too are struggling to maintain democratic standards and are rated as only Partly Free. Just 11 percent of Africans live in countries rated as Free, a figure that could decline further if these fast-growing countries do not improve their performance. 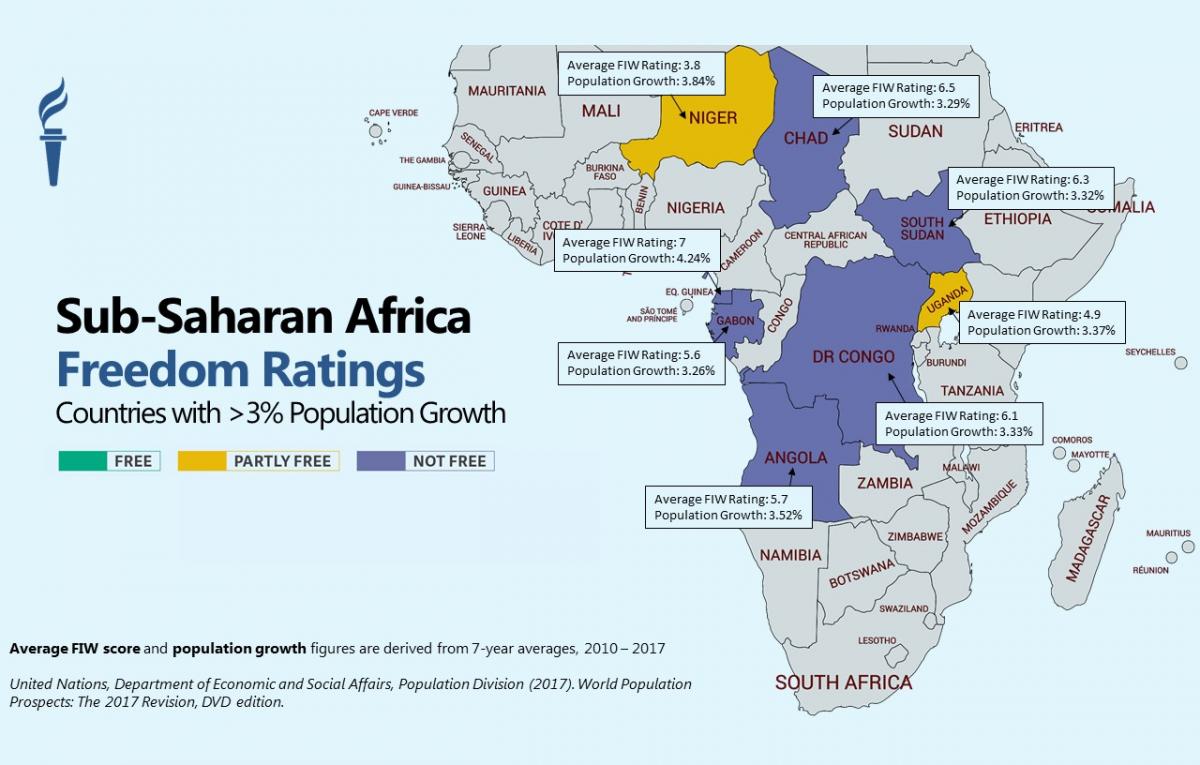 Trend No. 3: Countries that have weakened presidential term limits are growing more authoritarian

Efforts by heads of state to hold on to power by changing or ignoring term and age limits are eroding democratic norms more broadly. Since 2015, leaders in five countries in Central and East Africa have pushed through constitutional changes to term and age limits, or otherwise evaded such barriers, to perpetuate their rule. In each of these countries, Freedom in the World ratings have declined over the last seven years—with an especially strong decline in Burundi—in part because of the term-related changes themselves, but also due to the accompanying breakdown of other democratic standards. Efforts by civil society and the public to combat these power grabs have been met with intimidation, political violence, torture, and arrests. This casts serious doubt on any arguments by leaders that they are only seeking to remain in office to ensure stability and democratic progress.\ 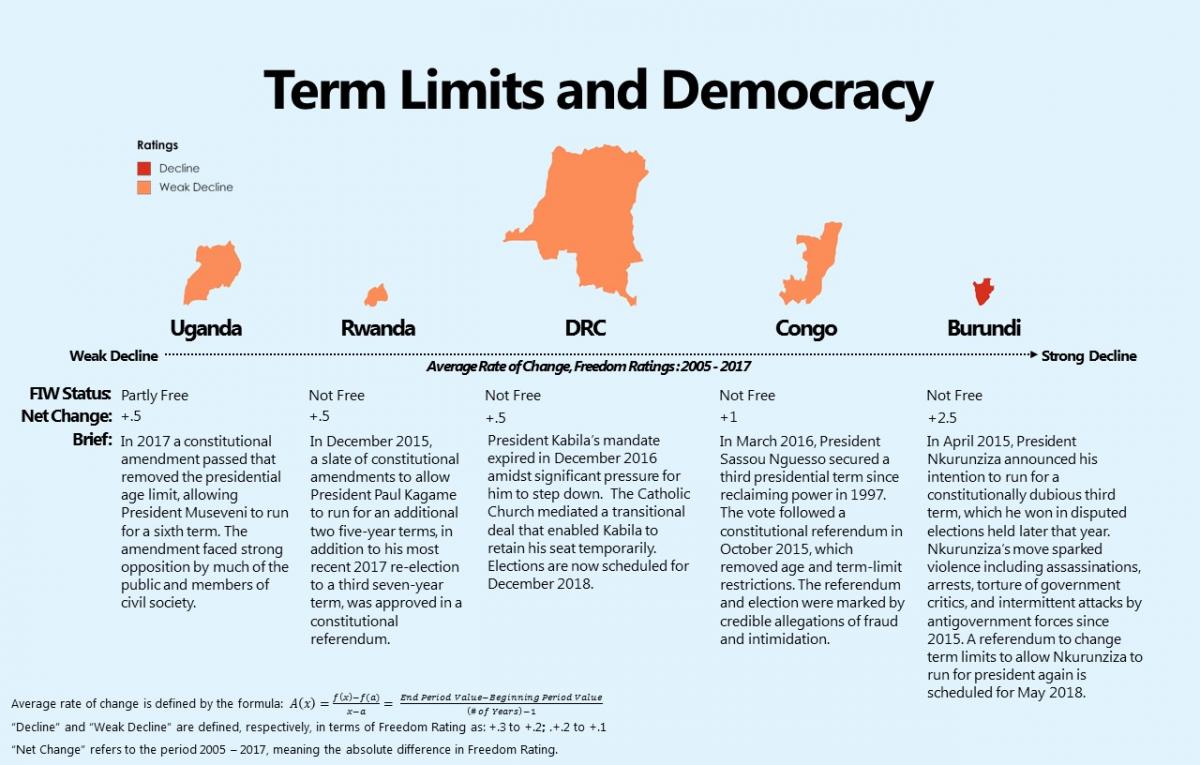