Illiberal forces on both sides of the Atlantic are exploiting the democratic process to undermine civil liberties. 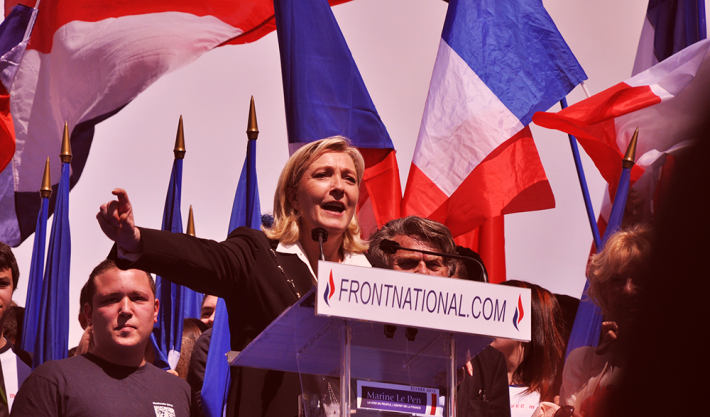 Illiberal forces on both sides of the Atlantic are exploiting the democratic process to undermine civil liberties, tearing at the fabric of their countries in the name of restoring national strength.

Almost 10 years ago, Foreign Affairs published an article exploring the paradox of rising democracy and declining freedom. Its author, Fareed Zakaria, referenced differences between countries’ political rights and civil liberties scores in Freedom House’s Freedom in the World report to point out a new class of “illiberal democracies,” in which the human rights of individuals and minority groups were not protected by elected governments.

Zakaria highlighted new or aspiring democracies in Africa, Central Asia, and the Balkans in particular, where political forces had brought ethnic differences to the fore, often with violent consequences. Some may explain this ethnocentrism as one of the growing pains of democratization—a difficult and unfortunate hurdle for states emerging from decades of war or dictatorship, as in Iraq and Afghanistan.

But now, alarmingly, illiberalism and ethnic nationalism are putting a serious strain on consolidated democracies in Western Europe and, increasingly, the United States.

Taking back the nation, no matter the cost

Illiberal parties have been a part of global politics for some time now, but never in recent history have they enjoyed such broad support in European democracies.

In Austria, the far-right Freedom Party’s candidate, with his penchant for Nazi imagery, lost the second round of the presidential election last month by just 0.6 percent. With slogans like “France for the French,” Marine Le Pen of the far-right National Front is widely expected to make it to the second round of her country’s 2017 presidential election. Hungarian prime minister Viktor Orbán has openly declared that he seeks “to construct a new state built on illiberal and national foundations,” while his counterparts in Poland, elected late last year, have already begun to follow his lead.

Amid mounting inequality, stagnant economic growth, and historic levels of immigration, it is not hard to see why many European voters are turning to parties outside the establishment for a new approach. For decades now, they have witnessed mainstream politicians defend and benefit from the status quo while failing to address its accumulating weaknesses. When crises emerge, as with Greece’s debt and the flow of refugees from the unresolved conflict in Syria, European leaders have reacted slowly and ineffectively, first insisting on solutions that were doomed from the start and only belatedly attempting to change course.

In response to these failures, populist politicians vow to “take back” their countries from foreigners, feckless liberals, and supranational bureaucrats, restoring the nation’s historical sovereignty. However, the actual solutions offered by nationalist parties have little practical value, and could indeed be quite destructive. The ill-considered nature of such programs was on full display in the campaign to withdraw Britain from the European Union. The economic arguments for leaving the EU have been debunked by a majority of economists, and even the sovereignty argument is questionable, given that a post-Brexit Britain—to gain access to the European market as an outsider—would have to abide by rules it has no hand in shaping. Lacking a more convincing rationale, the campaign regularly dipped into a strong undercurrent of nativism and xenophobia.

Moreover, far from defending the traditional values of democracies—freedom of speech, the rule of law, checks on government power—illiberal leaders tend to destroy them once in office, as in Hungary and Poland, arguing that things like independent courts and critical media are obstacles to national rejuvenation. Over time, such rulers have proven that their promises of law and order are a screen for the accumulation of illicit wealth and arbitrary power. And once entrenched, illiberal elected leaders like Turkish president Recep Tayyip Erdoǧan have developed a singular focus on clinging to that wealth and power, even if it means dragging the entire country into conflict, isolation, and poverty.

A more European America, in the worst possible sense

While the leader of Austria’s Freedom Party recently declared, “We don’t want Europe to be a carbon copy of the United States,” America’s right-wing populists seem intent on importing Europe’s illiberal, ethnic nationalism. Tough-talking U.S. demagogues stoke the fear that liberalism has gone too far, and that restoring national strength requires extraordinary measures, such as walling off immigrants, banning religious groups, curtailing free speech, or upending the global order.

Liberalism strives to provide a set of common, impartially applied rules for the functioning of a complex society, but illiberal politicians and their supporters in the United States show respect for the country’s democratic tradition only when it benefits themselves. They propagate slander and conspiracy theories about U.S. institutions and officials, invoking freedom of speech, but attack media outlets for any critical coverage. They decry the allegedly undemocratic nature of intraparty politics, but then insist on stifling principled dissent by party members.

Nowhere is this hypocrisy more apparent than in the current discriminatory rhetoric about Muslims and Latino immigrants. Islamophobia is not a defense of American values; it is an attack on the founding American principle of religious freedom. Discrimination against Latinos undermines the civic virtues—adopted by immigrants of all backgrounds—that have traditionally defined American identity. As Republican senator Lindsey Graham stated early in the presidential campaign, “America is an idea, not owned by a particular religion, race, or anything else. Out of many comes one.” In short, there is no patriotism behind the bravado of illiberal nationalists, only selfishness and bigotry.

Illiberalism in an interconnected world

On both sides of the Atlantic, opportunistic demagogues fail to appreciate the possible consequences of their inflammatory rhetoric and reckless policies. Following the worst examples around the world, they are exploiting the democratic process, seeking political gain by sowing ethnic and religious hatred and undermining civil liberties. This will not save our countries, it will seriously damage them. To stay strong, the United States and its European allies must stay true to their democratic principles.