As economic growth declines and repression worsens, the regime is struggling to maintain its illusion of success and prosperity. 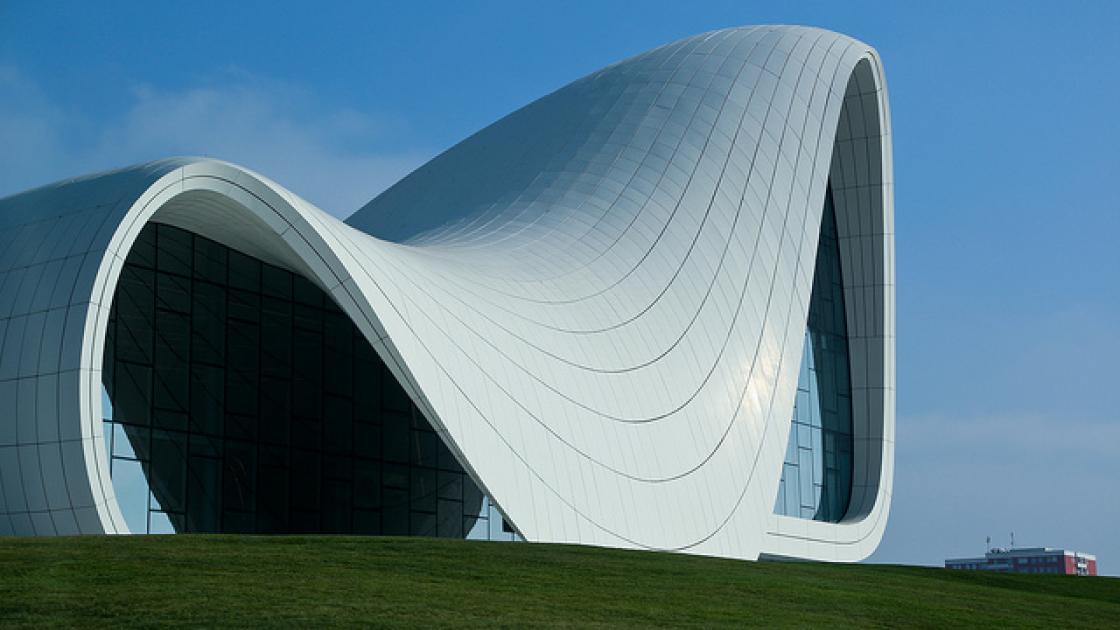 As Azerbaijan’s government prepares to host the first European Games in Baku starting June 12, it is hoping once again to paper over its paranoid authoritarian rule with a lavish display of wealth and international prestige. But with declining economic growth, this task is becoming increasingly difficult. 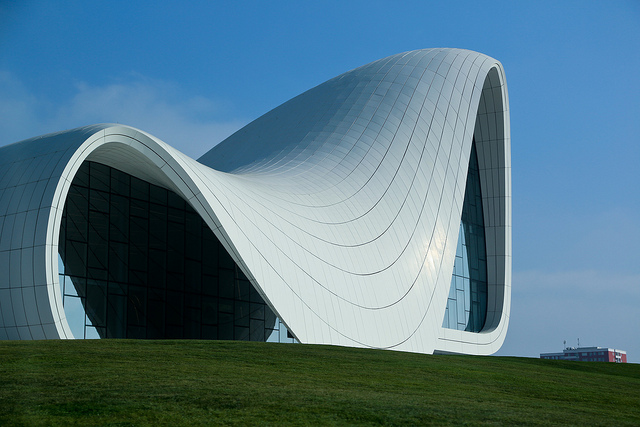 The vanishing myth of perpetual wealth

The European Games, like the 2012 Eurovision Song Contest and the luxurious Khazar Islands and White City construction projects, are part of Azerbaijani president Ilham Aliyev’s state myth of perpetual wealth.

When he took over the presidency through rigged elections in 2003—after the death of his father, Heydar Aliyev, who had ruled the country since 1993 and dominated it for much of the Soviet era—there was discontent among the population about such an undemocratic step. Yet for a time, high oil prices brought sufficient revenues to maintain public support. Aliyev promoted the country’s image as a gleaming Middle Eastern state with a largely secular, Western-oriented culture, and channeled oil money to key sectors of society. Grand projects like the European Games, which cost $1.5 billion according to the government and more than $8 billion according to independent sources, help to bolster that image.

But when he signed up for the games, Aliyev didn’t anticipate the recent drop in oil prices. Between June and December 2014, crude oil fell from $110 to $50 per barrel. OPEC decided last week not to cut oil production, and there is no reason to believe that prices will rise significantly anytime soon.

While the president predicted in December 2014 that falling oil prices would not affect Azerbaijan’s economy, the country’s Central Bank devalued the local currency by 33.5 percent on February 21. In March Azerbaijani officials announced that they had to revise the 2015 state budget, and many construction projects were stalled.

By April, the Central Bank was reporting losses of over $4 billion in its foreign exchange reserves. The bank excluded the possibility of a second devaluation, but it admitted that it had been spending $1 billion a month since December to keep the currency stable, as local demand for U.S. dollars keeps rising.

Despite these pressures, Azerbaijan cannot back out of the European Games, and they are unlikely to bring in much revenue. While 600,000 tickets have been issued at a maximum price of $190, the government must bear the costs of construction as well as travel and accommodations for all 50 athlete delegations.

To cover its expenses, the government is looking beyond the energy industry for new sources of revenue. Aliyev named 2015 the Year of Agriculture, and promised state support for this sector. In reality, according to BakuNews.az, officials are demanding bribes from farmers and seizing their lands. Meanwhile, Radio Free Europe/Radio Liberty’s Azerbaijani service and Azxeber have reported that the government asked state employees to “donate” part of their salaries for the European Games. Private-sector employees were asked to donate as well, according to Liderxeber. When a number of businessmen refused to make such contributions, they were immediately detained for alleged corruption and other charges.

The European Games also come in the midst of the worst crackdown on civil society in independent Azerbaijan’s history. Over the course of a few months, authorities have detained, tortured, threatened, and sentenced an unprecedented number of journalists and bloggers, human rights lawyers, and other activists. Strict new laws on nonprofits and grants registration have been introduced, and the crackdown is accompanied by anti-American and anti-Western rhetoric.

The crackdown didn’t emerge overnight; repressive measures against civil society have mounted steadily over the past 20 years. But, given events in the Middle East and North Africa and the Euromaidan  movement in Ukraine in 2013–14, the Azerbaijani government has felt increasingly insecure. While the world’s attention was focused on Russia’s occupation of Crimea and the conflict in the Donbas, Azerbaijani authorities carried out a full-scale offensive against their domestic critics, according to the Turan News Agency.

Prominent activists were thrown behind bars, including lawyer Intigam Aliyev; journalists Khadija Ismayilova, Rauf Mirgadirov and Seymur Hazi; human rights defenders Rasul Jafarov, Anar Mammadli, and Leyla Yunus; and high-profile opposition figures such as Tofig Yagublu. Following this unprecedented wave of persecution, some human rights activists left the country, while others chose to lay low or even cooperate with the government to ensure their safety. Left without its leaders, the remainder of Azerbaijani civil society feels lost and at risk.

At the same time, Azerbaijan has begun to see new signs of dissent against the state. In addition to discontented business owners and farmers, a senior Azerbaijani diplomat, Arif Mammadov, recently criticized the government on his Facebook page. He and anyone who dared to “like” the post were quickly attacked by progovernment media; later there were reports that a number of Azerbaijani diplomats had been fired.

All of this will fade into the background for the next two weeks as Azerbaijan hosts the European Games. But once the festivities end and international attention recedes, Azerbaijan will still be stuck with its problems.

The International Monetary Fund is predicting that Azerbaijan’s gross domestic product will grow by only 1.8 percent in 2015, down from 2.8 percent in 2014, and inflation is expected to reach 8.5 percent. Local analysts warn that the country will have to devalue its currency again shortly after the games. With public discontent increasing over the financial crisis, the government is likely to carry out another round of crackdowns.

Azerbaijan’s civil society has nowhere to turn except to the international community. The world’s democracies will have to decide whether to ignore the Azerbaijani crisis and simply continue to hope against all evidence that things will get better, or to get serious about a regime that is becoming both more oppressive and more unstable.