Hungary’s Viktor Orbán is not alone in his belief that democracy promotion is a cause of, rather than a solution to, the problem of unchecked migration. 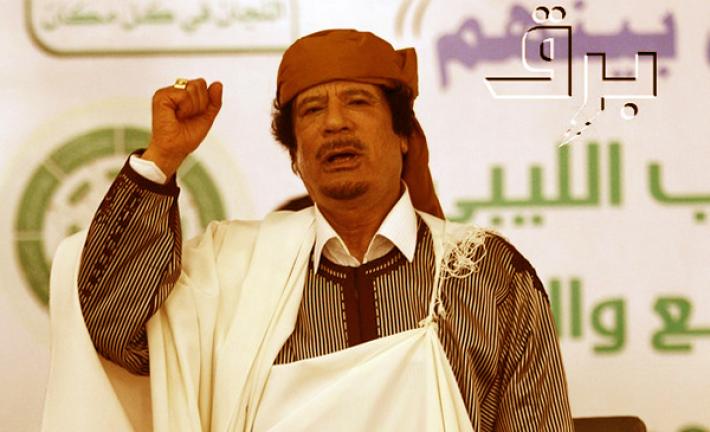 Hungary’s Viktor Orbán is not alone in his belief that democracy promotion is a cause of, rather than a solution to, the problem of unchecked migration.

In a speech last month, Hungarian prime minister Viktor Orbán wholeheartedly endorsed the idea that “the policy of exporting democracy must be abandoned.” He argued that Europe’s ongoing migration crisis was a direct consequence of its decision to “crush” the Qaddhafi regime in Libya.

“That regime may not have been democratic,” Orbán said, “but it was highly stable in terms of border controls. This was done without ensuring that there would be a new government which could provide stability. We have done the same thing in Syria and in Iraq.”

To drive his point home, he warned of a projected population boom in Africa:

And he was clear about his ideas for resisting this pressure. “Believe me,” he said, “you cannot protect the borders—and thus ourselves—with flowers and cuddly toys.”

In Orbán’s view, it seems, Europe must be protected not only with strong borders of its own, but with a defense in depth that includes a ring of stable, ostensibly friendly dictators who are willing to do what it takes to hold back a rising demographic tide.

The myth of tyrannical stability

The Hungarian leader is partly correct in criticizing the United States and its European allies for their errors in Libya, Syria, and Iraq.

They did fail to ensure the stability of the new government in Libya. Their half-hearted involvement in Syria has done little to end that conflict or even ease the suffering of civilians. And their 2003 invasion of Iraq was a hideous mistake—democracies should simply never start wars.

But it does not follow that these dictators were, in any meaningful way, a source of stability. Saddam Hussein waged an exceptionally bloody, fruitless war against Iran in the 1980s. In the 90s he invaded Kuwait and attempted to slaughter Iraq’s Kurds, necessitating international responses. And just as importantly, he built a regime based on arbitrary power, terror and persecution, and Sunni minority dominance, planting the seeds of long-term unrest no matter what finally ended his rule.

Indeed, in both Libya and Syria, similar levels of tyrannical governance eventually led to popular revolts and a breakdown of state authority. Only then did democratic powers attempt to support people seeking freedom from brutal autocrats.

Even in Egypt, where the United States and its democratic allies intervened with nothing but words and continued to provide military and other aid, and where a younger, more vigorous strongman ultimately replaced his octogenarian predecessor, the state is nevertheless racked by a growing insurgency, economic disarray, and unmistakable signs of desperation and incompetence.

Orbán says Libya, Syria, and Iraq should serve as “a major lesson” with respect to Turkey, where the “highest priority” should be stability. But if dictatorship brings stability, then Turkey should be growing more stable as its president grows more authoritarian. Instead, this previously prosperous and in some ways exemplary nation has lurched from repression, to civil conflict, to a coup attempt, and now to a deeply unsettling political purge. At no point has Europe or the United States done anything to interfere, aside from offering weak admonishments to uphold human rights.

The root causes of migration

Migrants flee their home countries for some combination of three reasons: war, oppression, and poverty.

Orbán would like to ignore these causes and simply resist the effects, by any means necessary. But support for democracy is an essential component of any attempt to get at the root of each problem.

With respect to the first, it is a bedrock assumption in international affairs that democracies never make war on one another. Robust democracies are also highly unlikely to descend into civil war, and have proven fairly successful at ending old insurgencies that began or flourished during periods of authoritarian rule. To prevent war and internal conflicts that generate refugees, the world should persistently encourage democratic reform.

Oppression is a major driver of migration, even in “stable” dictatorships that face no war or foreign meddling. Eritrea and The Gambia, for example, account for a highly disproportionate share of the migrants reaching European shores. Both are tiny countries with cruelly oppressive regimes. Democratic change in each would remove at least one important motivation to flee.

Poverty is a factor common to nearly all countries that produce migrants, and it may also be the most difficult problem to address. Democracy alone is not sufficient, as demonstrated by the West African democracies that continue to lose citizens on the trek north. But it is necessary. Trade and aid are ineffective at reducing poverty and maintaining stability so long as officials are unaccountable for corruption, development projects displace residents forcibly or without fair compensation, and businesses and individuals have no recourse to independent courts.

A national border is the last, most feeble line of defense for a country seeking to control irregular migration, and Orbán is right in asserting that neighboring states and regions have a role to play.

But he is sadly mistaken if he thinks that a cordon of tyrannical regimes around Europe will bring stability or security. Even if they remained intact over time, such dictatorships would be able to blackmail European democracies, turning from guardians to jailers. And both they and Europe would come to be loathed by the world.

If the Hungarian prime minister needs any further evidence that his vision is wrong, he need only look to the history of his own country. In Hungary, dictatorship crushed a popular uprising. It used soldiers and fences to hold back migrants seeking freedom and opportunity in the West. But eventually it collapsed. It was replaced by democracy. And with foreign help, Hungary became free and more prosperous. As a result, the country now faces the problem of keeping refugees out rather than keeping them in. (Though it has been rather successful at making them feel unwelcome.)

Viktor Orbán began his political career as an opponent of dictatorship in Hungary. Rather than hoping for the stability of oppressive regimes elsewhere, he should be working to extend the benefits of democracy to the wider world, so that those who need them so desperately can find them—as he did—at home.