Does Democracy’s Toehold in Myanmar Outweigh the Lives of the Rohingya?

Putting pressure on Aung San Suu Kyi could endanger her bargain with the military, but a system that allows ethnic cleansing may not be worth saving. 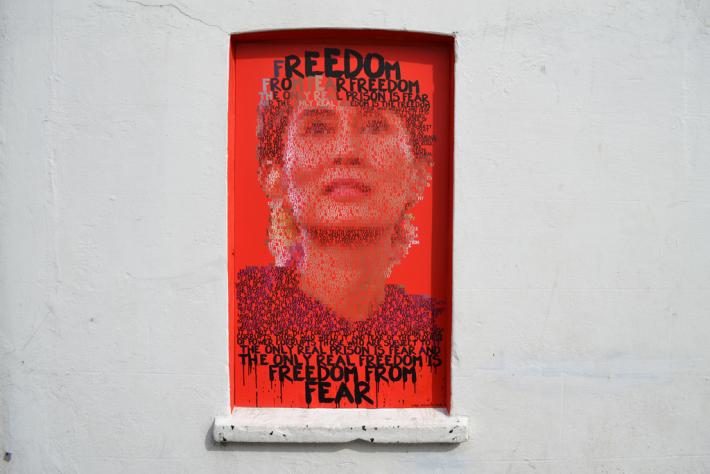 Putting pressure on Aung San Suu Kyi could endanger her bargain with the military, but a system that allows ethnic cleansing may not be worth saving.

In the far western corner of Myanmar, a ferocious attempt to purge a Muslim community from a predominantly Buddhist region is under way. Rakhine State is the setting for what the UN high commissioner for human rights has declared “a textbook example of ethnic cleansing.” In less than two months, more than half a million Rohingya have fled to neighboring Bangladesh to escape the destruction of entire settlements, systematic rape, and the mass slaughter of men, women, and children. This horrendous violence is perpetrated by the military, with assistance from elements of the local Rakhine Buddhist population.

While the recent refugee numbers are staggering, persecution of the Rohingya is not a new phenomenon. The community has endured numerous attacks over the years, and they have followed a disturbing pattern: thousands flee to Bangladesh; democracies, international organizations, and globally respected leaders express outrage; and the government in Myanmar — including Aung San Suu Kyi, its civilian leader — remains silent, denies the facts, or defends the actions of the attackers. Ultimately, almost nothing is done to address the violence. Verbal condemnations are not coupled with sanctions or reductions in foreign assistance to Myanmar.

Aung San Suu Kyi’s stance exposes fundamental flaws in Myanmar’s semi-democratic political system. The former dissident and democracy advocate is now an elected leader in an undoubtedly precarious position. Her party won a landslide election victory in 2015, and she subsequently became the de facto head of government. But her authority does not extend to the military, which wrote the current constitution before allowing a transition to nominal civilian rule and retains exclusive power over security and other matters.

She is tasked with fulfilling the lofty goal of stabilizing a nation that is racked by multiple, decades-old ethnic conflicts, over which she has little control. She has prioritized the peace process and convened talks with different ethnic groups, discussing political solutions to their grievances and working toward the creation of a federal state structure. But she does not have much to show for her efforts. The peace process remains stalled, and insurgencies continue to rage along the country’s periphery.

The one ethnic group that has been glaringly absent from Aung San Suu Kyi’s reconciliation campaign is the Rohingya. She has routinely failed to speak out against their persecution, and this failure — more than anything else — has driven a wedge between her image as an international icon of democracy and human rights and the reality of her political calculations.

She certainly earned her iconic status, having spent more than a decade under house arrest as part of an unrelenting but peaceful quest to free Myanmar from the military juntas that had ruled it for decades. She has been feted by democratic leaders and received numerous awards, including the 1991 Nobel Peace Prize, a Congressional Gold Medal in 2008, and Freedom House’s 2011 Freedom Award.

However, Aung San Suu Kyi herself has insisted that she is a politician, not an icon. Denouncing the entrenched Islamophobia and ethnic bias that fuels the mistreatment and abuse of the Rohingya could cost her crucial popular support in Myanmar. Challenging the military could be political suicide for different reasons, as her position still effectively depends on the generals’ consent.

She recently announced a civilian-led plan to channel international aid to Rakhine State and assist with resettlement, though this effectively asks the world to help repair the destruction caused by Myanmar’s own military, which shows no signs of reversing its policies or allowing any returns. Aung San Suu Kyi herself has yet to identify the military as the main perpetrator or acknowledge the citizenship rights of the Rohingya. While she is clearly cognizant of international criticism, she appears to have decided that Myanmar’s democratic development and her own leadership prospects are better served by siding with the military and perceived public sentiment than by risking all to protect the lives of a disenfranchised minority.

Clinging to Past Gains

Democratic governments seem to have arrived at a similar impasse. They are too invested in Aung San Suu Kyi and the country’s progress to date to press her much harder, fearing a backlash against both themselves and their values. The erosion of democracy across Southeast Asia, coupled with China’s growing dominance in the region, has made democratic leaders all the more reluctant to sacrifice the limited opening in Myanmar. The importance of an incumbent who is inclined to uphold democratic principles — even if only when it is politically expedient — is presumed to outweigh the damage done by the persecution of the Rohingya.

At present, then, there is no practical reason for Aung San Suu Kyi to act in the face of gross human rights violations. She has been shamed in editorial pages. Strongly worded statements expressing horror and disdain for the violence have been issued by governments, international bodies, and thought leaders. Stories from traumatized survivors, coupled with heart-wrenching images from refugee camps in Bangladesh, will continue to fill the media, at least until a new crisis erupts elsewhere. But the domestic political system in which Aung San Suu Kyi  operates will not punish her for her stance, and the democratic world will still perceive her as the only thing preventing Myanmar’s fragile reforms from evaporating.

What Aung San Suu Kyi and the international community must recognize is that if ethnic cleansing is the price of the current hybrid political system in Myanmar, then that system has failed and is not worth protecting. If the country ever achieves true democracy, it will be in spite of this ugly period of history, not because of it.

This article originally appeared in The Diplomat on October 17, 2017.