A thin-skinned Ecuadorian government continues its campaign against a veteran political cartoonist. 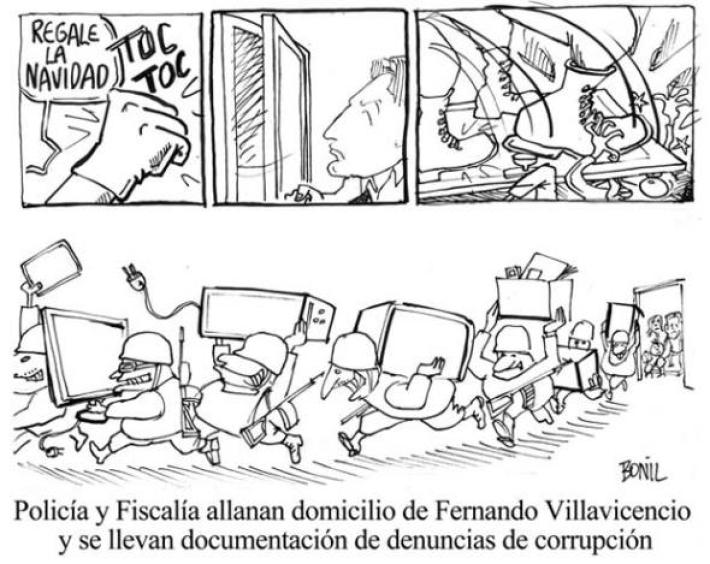 Xavier Bonilla, better known by his pen name “Bonil,” has published political cartoons for El Universo and other Ecuadorian newspapers and magazines for more than 20 years. In the last two years he has come under attack from the authorities for his satirical depictions of President Rafael Correa and other government leaders. The persecution of Bonil demonstrates the extreme and at times absurd lengths to which the Ecuadorian government will go to silence its perceived critics and restrict independent media.

Bonil first drew the ire of President Correa in December 2013, when he published a cartoon that satirized an illegal police raid on the home of journalist Fernando Villavicencio. In a public address, Correa called Bonil an “ink assassin,” accused him of lying about the incident, and called on the Superintendency of Information and Communication, a regulatory body created under the 2013 Communications Law, to investigate the case. The superintendency, also known as Supercom, ultimately fined El Universo for publishing the cartoon, and gave Bonil 72 hours to “correct” the drawing’s inaccuracies. He did so, though with more satire.

On Monday this week, Bonil was again called before the media regulator, in this instance on charges of “socioeconomic discrimination” for a cartoon published in August 2014. He and his paper had long since apologized to the legislator it portrayed.

While the verdict is pending, the recent hearing sends a clear message that the government plans to continue its persecution and intimidation of Bonil. For his part, the cartoonist has given no indication that he intends to alter his work to accommodate an increasingly thin-skinned president. 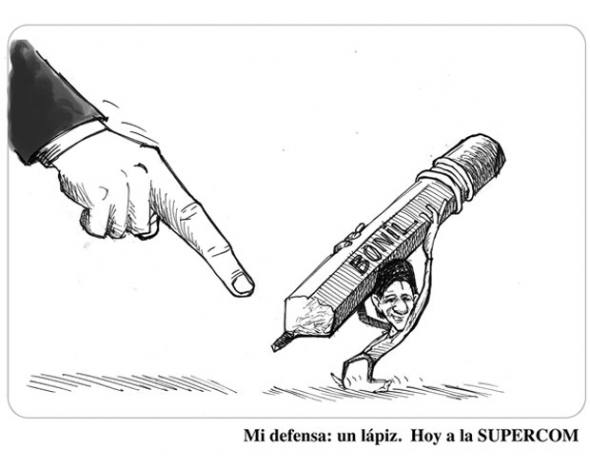 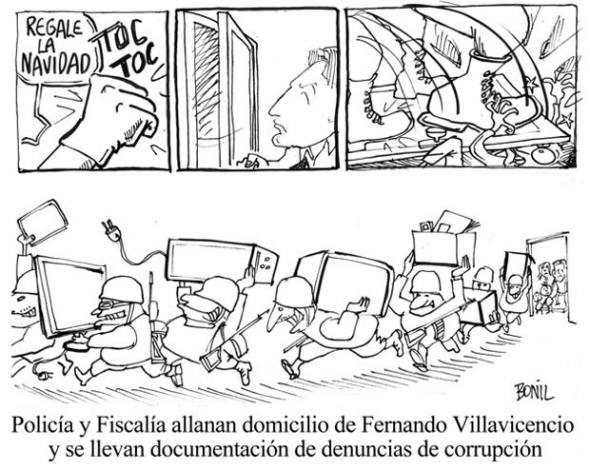