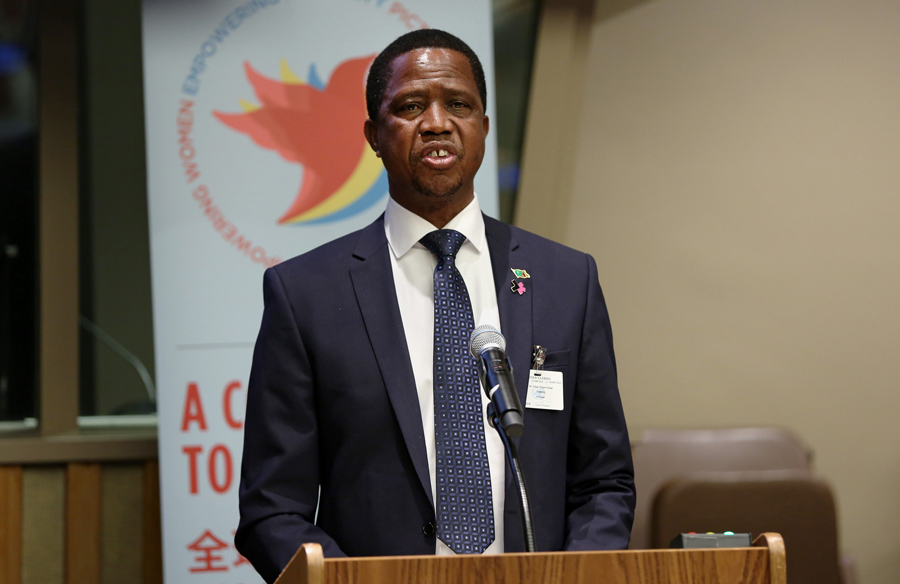 While many observers are focused on South Africa’s fast-approaching local elections next Wednesday, citizens of Zambia will also be voting soon—in local, parliamentary, and presidential elections, as well as a constitutional referendum, on August 11. Zambian activists and international analysts alike have been shocked by the partisan strife, government repression, and police violence that have accompanied the campaign, particularly given the country’s record of peaceful governance and orderly political transitions amid an otherwise volatile region.

No one predicted the level of bloodshed experienced in several areas of the country, in response to which the Zambian government recently suspended campaign activities in Lusaka and Namwala for a period of 10 days. Though the suspension has now been lifted, Zambians remain apprehensive of further violence.

Not only have supporters of rival parties been fighting one another, but youth have been carrying out “demonstrations,” expressing their frustration and intimidating local communities, while party leaders turn a blind eye. Foreigners, normally much safer in Zambia than in neighboring countries, have also been subjected to threats and attacks, particularly in areas of dense population and economic distress.

Making matters worse, the Zambian Revenue Authority closed the independent newspaper The Post last month for failure to pay taxes, and editors who refused to cooperate with the closure were subsequently arrested. The timing of the shutdown was highly suspect, coming immediately ahead of the elections, though in some ways it was the culmination of a series of actions that have eroded freedom of expression and press freedom in Zambia. In March, Radio Mano was forced to suspend operations following direct threats by supporters of the ruling Patriotic Front (PF) party. Earlier, Post journalist Peter Sukwa was beaten by PF supporters, apparently in response to his investigative reporting on the party’s alleged registration of foreign voters. Freedom House downgraded Zambia to a status of Not Free in its 2014 Freedom of the Press report.

The authorities’ decision to have Zambia’s ballots printed by a company in Dubai has raised additional suspicions of planned election fraud, as have a number of vote-rigging tactics outlined in what is allegedly a leaked PF strategy document.

Adding to this political disarray is the upcoming referendum, which aims to accomplish two seemingly contradictory goals: strengthening the Bill of Rights, and opening up the Bill of Rights to amendment—and thus possible dilution—by the parliament. In order to vote in the referendum, citizens are required to present only a national ID, but to vote for electoral candidates at any level, they must also present a voter card, compounding voter confusion.

The race itself is very tight, with voter opinion influenced by multiple factors, including a failing economy, the effects of drought, a national energy crisis, election reforms, and unexpected and increasing government repression. Runoff elections are likely between the PF and the main opposition parties, the United Party for National Development (UPND) and the Movement for Multi-Party Democracy (MMD).

International actors should join with the Zambian Electoral Commission in denouncing violence by all parties and calling for calm. Zambians need to know that they are not alone in monitoring conditions before, during, and after their elections.