Elections in Togo: What Happens When the World Isn’t Watching

Aided by weak regional oversight, the president may be getting away with a power grab. 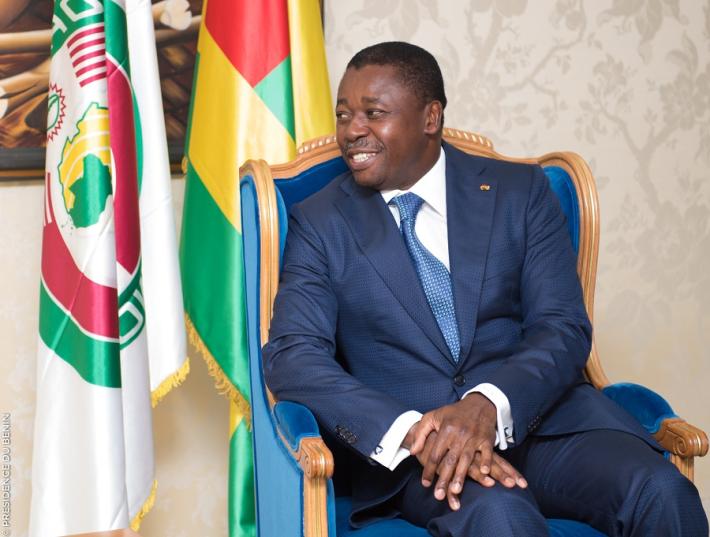 Togolese president Faure Gnassingbé (Flickr/Presidency of the Republic of Benin)

Aided by weak regional oversight, the president may be getting away with a power grab.

With much of Africa and the international community focused intently on the late December elections in the Democratic Republic of Congo and upcoming elections in Nigeria next month, many observers may not be aware that on December 20, parliamentary elections were held in Togo, one of the smallest countries in West Africa.

The voting came on the heels of nearly a year and a half of protests, boycotts, and strikes against President Faure Gnassingbé—the leader of Africa’s oldest family dictatorship—and his ruling party. In early 2018, after months of demonstrations that crippled Togo’s economy and regularly shut down commerce in major cities, the government agreed to enter into negotiations with the opposition and protest leaders, brokered by the Economic Community of West African States (ECOWAS).

The organization recommended that the government conduct an open and fair revision of the voters’ register, institute a two-round voting system, establish a two-term limit for the presidency, and review the appointment process and composition of the Constitutional Court and Electoral Commission to make both bodies more independent and transparent.

The government ultimately did none of these things, with the exception of offering opposition groups four of the 13 seats on the Electoral Commission, which they rejected. The elections went forward with no reforms to voter registration, district boundaries, the voting process, or term limits. Opposition parties boycotted, resulting in an overwhelming majority for the ruling party, which can now amend the constitution with the support of government-aligned minor parties and independents.

The government unconstitutionally banned protests before, during, and after the elections and banned an opposition press conference in the wake of the balloting. In the run-up to the vote, security forces arbitrarily harassed, intimidated, and arrested opposition leaders as well as private citizens who were suspected of supporting the opposition. Even some of those who handed out water to protesters were arrested. Many detainees were tortured in custody. During their beatings, opposition members were allegedly forced to neigh like a horse, the symbol of the opposition. Some were sent to trial, in a number of cases without access to a lawyer. A handful have been in prison for over a year, since the beginning of the protests. The total number of political prisoners in Togo remains unknown.

The only international election observers were sent by the African Union and ECOWAS, and they found that the elections had been conducted properly and were “free and transparent.” They failed to comment on official results that were by most accounts not credible. For example, provisional results showed a 92 percent turnout in an opposition stronghold despite the boycott by opposition parties. Activists have reported that some 80 percent of the population stayed home, while photographic evidence showed empty polling stations and some Catholic Church officials—who had advocated for a delay in the elections—refusing to accept ballot boxes inside their churches and instead placing them outside on the curb.

Civic activists and the political opposition are extremely concerned about the ruling party’s plans to revise the constitution. It is hard to predict how bold the government will be in introducing changes, but it could move to codify its recent assaults on freedom of the press, freedom of association, freedom of expression, and the right to a fair trial.

Such antidemocratic revisions might be leavened with a two-term limit for the presidency, which activists and the opposition would interpret as a superficial attempt to appease ECOWAS and local stakeholders. Gnassingbé is the only remaining head of state in the West Africa who did not support term limits across the region in 2015, which would have been a huge win for democracy and human rights if adopted. His domestic opponents have little doubt that he would drop any new limits as soon as they impeded his hold on power.

ECOWAS made a mistake by not taking a more active role in resolving the political crisis in Togo. It had a chance to build an entirely democratic regional community that continuously reinforces its norms and values. Instead it abdicated its responsibility and allowed the government to continue its abuses with impunity. Other leaders with authoritarian tendencies have likely taken note. In Guinea, Alpha Condé, a close friend of Gnassingbé’s, has long been rumored to have ambitions to remain beyond his final term in office. Recent statements from Russia’s ambassador to Guinea indicate that he may indeed be on this path. If there are no consequences for Gnassingbé’s actions, more countries may turn away from the democratic norms ECOWAS claims to support.

The role of the international community

Democratic donor countries should increase funding to international election-monitoring missions and ensure that small states are not neglected in this regard. International NGOs can strengthen their partnerships with local, reputable civil society organizations to help them provide an accurate picture of the voting process and conditions around elections. The international media should also pay more attention to places that they often overlook. It is difficult to build a coalition of global support for democracy in countries like Togo when they receive little to no international media coverage.

But it is even more essential to pressure regional bodies such as ECOWAS and the AU to stand up for democracy and human rights. Ultimately, these organizations of African peers can have a greater impact on the ground than international NGOs or distant governments in Europe and North America. In The Gambia, another small member state with a troubled history, ECOWAS proved that it can play a decisive role when it forced longtime dictator Yahya Jammeh to step down after losing his 2016 reelection bid.

It is the responsibility of those who believe in democracy to remain vigilant and defend its norms in all countries, large and small. If leaders in places like Togo are allowed to flout the rules, they will soon loose force elsewhere, leaving Africa and the world a more lawless and dangerous place.