Elie Wiesel and Our Duty to Humanity

The Nobel laureate, who passed away on July 2, sought to instill a universal human obligation to fight oppression and persecution, no matter where it occurs. 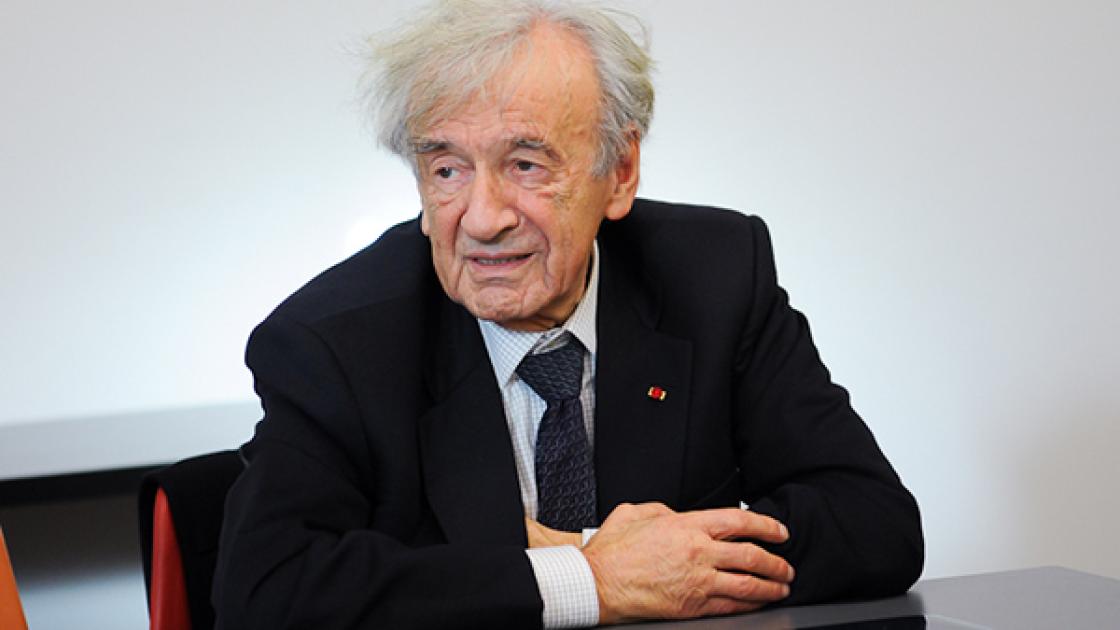 The Nobel laureate, who passed away on July 2, sought to instill a universal human obligation to fight oppression and persecution, no matter where it occurs.

Elie Wiesel, having experienced one of the darkest periods in human history, dedicated his life to ensuring that the horror imposed upon Jews under the Nazi regime was never forgotten, and championed the cause of human dignity writ large. From his post as a professor at Boston University to his appointment as chairman of President Jimmy Carter’s Commission on the Holocaust (which established the U.S. Holocaust Memorial Museum in Washington, DC), Wiesel changed the way we perceive history, challenged us, and charted the course for a moral commitment to the well-being of others. The following quotes illustrate his vision.

“Neutrality helps the oppressor, never the victim. Silence encourages the tormentor, never the tormented. Sometimes we must interfere. When human lives are endangered, when human dignity is in jeopardy, national borders and sensitivities become irrelevant. Wherever men or women are persecuted because of their race, religion, or political views, that place must—at that moment—become the center of the universe.”

Silence is acceptance; we have heard it before. But Wiesel is saying much more about the underpinnings of global governance than meets the eye. Since 1648, the Treaty of Westphalia has defined international relations in terms of states’ rights to national sovereignty and territorial integrity. Wiesel contends that these concepts are worthless when human lives are at risk, a truly bold statement. It is a call for human rights concerns to be an international priority that trumps any individual government’s right to manage its own domestic affairs.

It is troubling that the United States and other democratic countries are increasingly inclined to shirk their responsibilities abroad and look inward, given Wiesel’s insistence that the sites of persecution should “become the center of the universe.” Democracies, especially those with political and economic leverage, have a moral obligation to defend human rights and hold other governments to account for abuses, whether through multilateral institutions or in their own bilateral relations.

“There may be times when we are powerless to prevent injustice, but there must never be a time when we fail to protest.”

Since the end of World War II, the Universal Declaration of Human Rights, the International Covenant on Civil and Political Rights, and the International Covenant on Economic, Social, and Cultural Rights have provided the world with the necessary language to identify and condemn rights abuses. Wiesel emphasized the importance of language and word choice in numerous speeches and interviews throughout his life, saying he had initially remained silent about his Holocaust experience for 10 years because he lacked the necessary vocabulary to describe what he endured.

Thanks to the postwar development of international law and the emergence of numerous nongovernmental human rights organizations, our ability to protest—whether in the confines of formal legal institutions or in the court of public opinion—has increased over the past several decades. The advent of and improved access to the internet and other modern communication technologies have only augmented this ability. More than ever, citizens and public officials around the world have a duty to use the tools at their disposal to actively denounce injustice.

“No human race is superior; no religious faith is inferior. All collective judgments are wrong. Only racists make them.”

Ongoing and often deadly problems with racial bias in law enforcement, combined with recent calls by U.S. politicians to bar entry to all Muslims and impose special surveillance on all Muslim communities, serve as a stark reminder that Wiesel’s message has still not reached many Americans to this day. Other established democracies are also suffering from outbreaks of collective judgment. Anti-immigrant sentiments helped to drive Britain’s decision to leave the European Union, and right-wing forces elsewhere in Europe have sought to label immigrants and refugees as financial burdens or security threats.

Democratic societies should set an example for the world by welcoming refugees from Syria and other war zones with open arms, not hateful rhetoric. Just as importantly, they should cast aside neutrality and silence, and do what is necessary to check oppression abroad. Wiesel was an educator, and the best way we can honor him is to show that we have learned from his work.