A refugee influx, economic concerns, and disaffection with established parties created an opening for xenophobic nationalists. 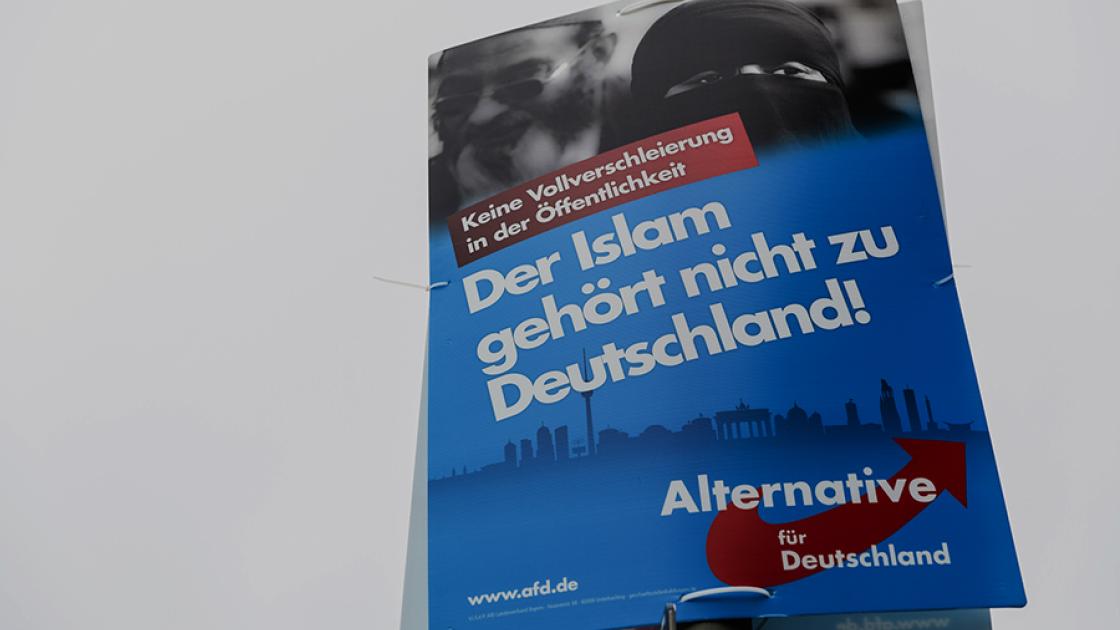 A refugee influx, economic concerns, and disaffection with established parties created an opening for xenophobic nationalists.

For the first time since 1945, a far-right party has entered the German parliament. The Alternative for Germany (AfD) party easily passed the 5 percent vote threshold in last month’s federal elections, becoming the third-largest party in the Bundestag with 94 seats and 13 percent of the overall vote. If the center-left Social Democratic Party (SPD) hadn’t chosen to go into opposition after receiving its worst election results of the postwar era, AfD would be Germany’s main national opposition party.

When AfD first entered the political scene in 2013 with a platform centered on criticism of the euro currency, it was unthinkable that a far-right party could succeed in a country so scarred by its fascist history. However, the influx of nearly a million refugees between 2014 and 2016 gave the party a new thematic focus and a significant increase in support.

AfD has not only attacked Chancellor Angela Merkel for her refugee policies, but also drawn on racist, Islamophobic sentiments that have become common among far-right groups in Europe and the United States. Its recent campaign slogans included “Burkas? We prefer bikinis” and “New Germans? We’ll make them ourselves.” On election day in September, AfD’s website listed 7 reasons to vote for the party. The first four involved immigration, asylum seekers, and fighting Islam. Some 82 percent of the party’s supporters stated in a 2016 survey that immigration was a major issue, and 17 percent of the general electorate said AfD was the party best equipped to deal with immigration.

Although polling numbers established early on that AfD would enter the Bundestag, it was a shock that the party was able to gain as many seats as it did. According to a July 2017 report published by the Bertelsmann Foundation, most Germans reject anti-establishment, populist opinions like those that propelled Donald Trump to power in the United States. The foundation concluded that only 30 percent of Germans held populist views. However, the report found that AfD’s specific calls to “deport large numbers of refugees” gained far more traction. Support for the party dipped in February 2017 after the selection of Martin Schulz to lead the Social Democrats temporarily generated excitement among voters, and as leadership struggles within AfD and extreme comments regarding the Holocaust by some of its politicians hurt its image. But AfD’s approval ratings rebounded prior to the elections.

While the refugee issue was undoubtedly a powerful catalyst, there were other factors behind AfD’s rise to become a leading party in the Bundestag.

Support from the east

According to exit polls, AfD performed especially well in the former East Germany. The party received at least 20 percent of the vote in the eastern states of Thuringia, Saxony, Brandenburg, and Saxony-Anhalt, compared with about 10 percent in the former West Germany.

The appeal of an anti-immigration party in the former East Germany has been attributed in part to the region’s history of Soviet occupation, which largely isolated it from newcomers, whereas West Germany opened its doors to foreign workers (Gastarbeiter) during its postwar economic boom. As a result, the population in the east is more homogeneous, with migrants accounting for only 4 to 9 percent.

Moreover, workers in the former East Germany still earn less on average than their counterparts in the west, and the region’s relative lack of economic development fuels fear that new immigrants and asylum seekers will compete with longtime residents for jobs.

Another factor behind AfD’s success is a broader public dissatisfaction with mainstream political parties—a phenomenon that has been observed across the democratic world. AfD’s website includes personal statements in which supporters describe their shift to the party. One reads, “26 years SPD, now AfD: The SPD no longer represents the ‘little people.’” A woman in a dirndl, a traditional southern German dress, states “Partyless, now AFD: I’m with them because I don’t want to be degraded.”

Interviews with AfD supporters demonstrate the frustration that many Germans feel regarding the performance of the established parties. In addition to immigration, their grievances include low pensions, unemployment, and increasing levels of crime in areas like the Ruhr Valley in North Rhine–Westphalia, which is normally an SPD stronghold. Mistrust in both the SPD and Merkel’s Christian Democratic Union (CDU) led voters to turn to smaller parties, benefiting not just AfD but also the Greens and the Free Democrats.

The fleeting surge of support for the SPD earlier in 2017 hinged on Martin Schulz’s image as a political outsider who cared about strengthening access to education and providing better assistance to the poor. However, his focus on “social justice” quickly lost momentum. Because the SPD had been part of a coalition government with the CDU, it was seen as part of a flawed establishment. Schulz lacked a clear vision for change and failed to create an agenda that sufficiently challenged the status quo. As a result, traditional SPD supporters flocked to AfD.

In the wake of the elections, Merkel will continue as Germany’s chancellor, and the SPD will block AfD from becoming the primary opposition group. However, there is a long road ahead. With the SPD in opposition, Merkel’s CDU must form a coalition with the Greens and Free Democrats. Many observers believe this will not be an easy process, as the two smaller parties differ sharply on issues including energy policy, taxes, and the EU. Merkel has nevertheless reached out to both groups, and a “Jamaica Coalition” is slowly coming together.

Furthermore, the political class must contend with the presence of AfD in the Bundestag. Its 94 seats will give it a great deal of time on the parliamentary soapbox, and the party is already utilizing its new role by threatening an investigation of the legality of Merkel’s refugee policy. The decline of the CDU and SPD will force both to rethink their programs and restore public trust, especially on immigration and refugees, but also with regard to economic equality and opportunity.

AfD’s electoral gains have major implications for German society as well. They will compel citizens to examine whether the country has really rid itself of its troubling history, and whether its commitment to democratic values—long taken for granted—is in need of renewal. Those on both the right and the left must unify against AfD’s dangerously xenophobic and nationalist views, or risk undermining the democratic consensus that has brought decades of peace and prosperity to Germany and Europe as a whole.

Ali Cain is a former research intern for Freedom House.