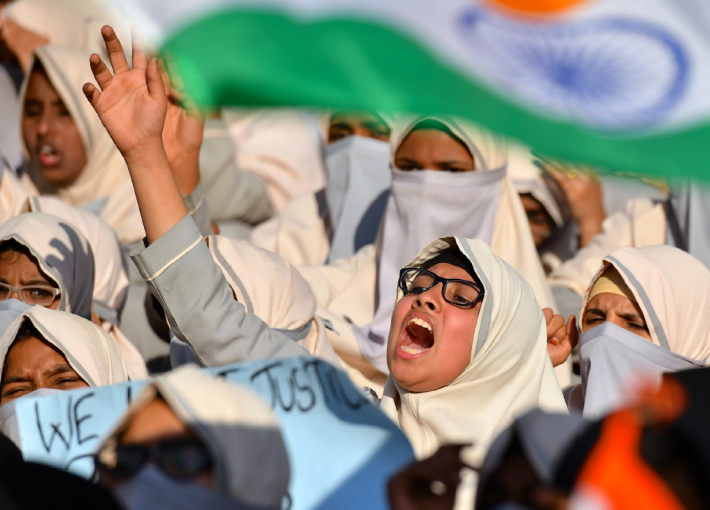 To stay in power, authoritarian leaders around the world rely on their ability to steal huge sums of money from the public, and get away with it scot-free. Their methods are evolving and sophisticated, increasingly involving schemes that reach across international borders. The damage is stark: government corruption and its fallout pose a grave and growing threat to democratic values, individual livelihoods, and human rights across the globe.

Against this backdrop, the 20th International Anti-Corruption Conference (IACC) recently took place in Washington, DC. It brought together thousands of practitioners, policymakers, government officials, civil society organizations, and business representatives to exchange ideas, evidence, and strategies for combatting global corruption. By working strategically to assess the damage it inflicts upon global democracy, these actors and stakeholders are leading the fight against corruption in its multi-dimensional and exceedingly corrosive form.

The link between corruption and human rights, and beyond

The link between corruption and human rights violations is widely recognized. Crimes like money laundering, bribery, and fraud, steal opportunities and hope from hard-working people and have a detrimental effect on communities. Corruption on a grand scale—when governments use it as policy tool—threatens democratic aspirations and practices. As Samantha Power highlighted in her opening statesmen at the IACC, “corruption is no longer just about individual autocrats pilfering their nation’s wealth to live large—it is about their building out an entire system of governance.” And those who dare to challenge powerful, corrupt systems do so at great personal risk.

Research from Transparency International and Freedom House shows that in countries where perception of public corruption is high, political rights and civil liberties are low. The 16 consecutive years of decline in global freedom tracked by Freedom House is in great part explained by the steady decline tracked by Transparency International, which has found that 86 percent of countries have made little or no progress over the past decade in the fight against corruption.

Countering global authoritarianism and its reach

While corruption as a global phenomenon pollutes every corner of the world,  there is hope to be found in democratic tools that enable governments and citizens to prevent and reduce corruption risks, as well as hold perpetrators accountable. In a functional democracy, citizens may turn to independent institutions like the courts, press, and civil society groups to see corruption allegations surfaced, investigated, and, if proven, punished; there are also ways to provide restitution for harm done.

In contrast, the organizing principle for authoritarians is corruption: the use of public power to benefit their own narrow and personalized interests. To maintain control, they must capture anticorruption systems and other independent institutions and processes that could serve as a check, in order to remain above the law.

Authoritarians not only use sham elections to legitimize their unchecked rule, once in power they seek to close off all other avenues through which they could face a public challenge. The result is an attack on basic rights: free expression and a free press; freedom of association; religious freedom, and internet freedom among them. As rights erode, a vicious and escalating spiral is set into motion: vestiges of democracy decline and authoritarianism takes root, in turn enabling even higher levels of corruption.

Corruption is becoming more threatening in scope and scale, specifically in its transnational dimension. Authoritarian governments in Russia, Iran, and China have harnessed election interference tactics to exacerbate polarization and create conflict narratives in democracies. Shady offshore tax havens and an opaque global financial system enable the free flow of dirty money and corrupt influence across borders. Authoritarian regimes buy and sell powerful surveillance and other tools that allow them to monitor their citizens to an unprecedented extent, and spread disinformation. There is also growing evidence that authoritarian regimes around the globe learn from each other’s attempts to suppress democratic activism.

A key takeaway from the IACC, for me, was that the world’s authoritarian leaders and their enablers are continuously developing and adapting their methods of corruption. Thus, we need to keep working to understanding corruption drivers, and coalesce around national and transnational efforts to be a step ahead.

Countering authoritarians and their continually changing strategies requires a systemic effort led by a coalition of champions, including local and national partners, the private sector, international organizations, donors, and democracy defenders. The IACC produced a declaration reaffirming commitment among attendees—some 3,000 individuals from 126 countries—to work collectively in response to the growing threats corruption poses.

The cost of letting authoritarians live in impunity is too high: the fight against corruption must be central to human rights and democratic advocacy.