Freedom House sat down with Burundian activist Bob Rugurika to talk about human rights, freedom of expression in the region, and the aftermath of his release from prison in 2015. 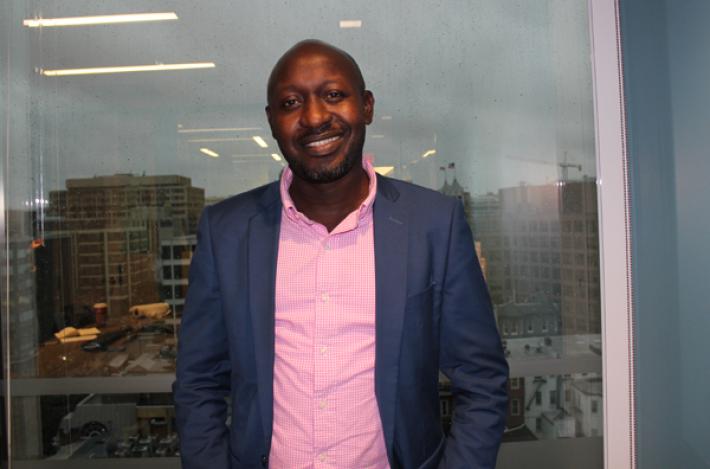 Freedom House sat down with activist Bob Rugurika to talk about human rights, freedom of expression in Burundi in the aftermath of his release from prison in 2015. 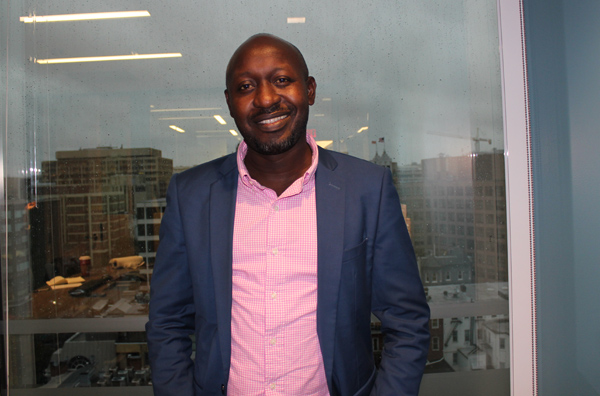 Freedom House: How did you become involved in fighting against human rights violations?

My name is Bob Rugurika. I am a Burundian journalist. I am a human rights activist. I am also the director of Radio Publique Africaine (RPA), a private and independent radio station in Burundi. RPA is the most popular radio station in Burundi and is known for its journalism and in depth investigations. The heart of our existence and experience has been our investigative work, related to crimes, financial scandals, human rights violations, and above all, the involvement of government agents in these issues.

Rugurika: My involvement and passion in the fight for human rights began during childhood. It was inherited and is something to which has stirred passion since my childhood, I have hated injustices and the pain inflicted on humans. For this reason, I am fighting for justice, for the truth, and for human rights throughout the world.

Freedom House: What is the human rights situation in Burundi and how is it affecting citizens?

Rugurika: The human rights situation in Burundi has been deteriorating for the last ten years. Before then, there was a crisis as a result of rebels attacking the country. But since 2005, we have had a transition that unfortunately has been controlled by authorities which had no notion or respect for human rights. For this reason, those authorities plunged Burundi into a human rights crisis, driving the country towards a state of insecurity and political instability which we are seeing today after ten years of human rights abuses.

Freedom House: How does this affect freedom of the press and of expression?

Freedom House: Tell us about your story and what you have been doing since your release from prison in January?

Rugurika: Well, as I said, RPA is a very popular radio station in Burundi engaged in human rights protection and promotion. The radio, due to its investigations, has revealed crimes where the government has been involved. The government of Burundi has typically persecuted human rights defenders because they want to suppress information that shed a negative light on the government. I conduct investigations into scandals, specifically financial scandals, where government bodies are involved as well as looking into human rights violations. The most recent was an investigation into the murder of three Italian nuns who were killed by police and national security agents. I felt obligated to reveal the truth, and as a result I was arrested, sent to prison, and they even tried to kill me, but they did not succeed. The remarkable work of journalists has immense impact on human rights in Burundi, and this is why the government persecutes us.

Freedom House: How did you feel when you were released and there were thousands of people on the street? Do you think there was a change in the mindset of people?

Rigurika: Yes, the day I was released after spending 30 days in prison, one whole month of illegal detention, it was indeed a happy day for me. When I saw thousands and thousands of people on the streets on the day of my release, I felt proud. I was proud that my work was appreciated by so many Burundians. I also felt encouraged that they supported me after 30 days of suffering. I must say that I was very happy, but I must also say that it was a gesture of support and solidarity towards the Burundian media which did an amazing job as well. It was also a powerful message to the government to show them that the population is tired of injustices and human rights violations, especially ones which implicate the government.

I must also say that my release scared the government, which suddenly realized the credibility and notoriety that journalists maintain in Burundi. The government then felt defeated and has since changed the methods of prosecution.

Freedom House: What is the biggest threat to people fighting for human rights in Burundi?

Freedom House: What is the importance of civil society organizations like Freedom House in preventing human rights abuses worldwide?

Rigurika: I know many organizations which help to defend human rights. I have also known Freedom House for a while, and I think these types of American and European civil society organizations have great importance in countries with low respect for human rights. For instance, we saw with the recent crisis in Burundi how journalists were persecuted, particularly when journalists went to prison. We commend the intervention and assistance of Freedom House, which was allocated to journalists and human rights activists. This assistance particularly helped significantly in contributing to the safety of journalists and civil society activists, and if Freedom House did not protect many of these journalists and activists against these predators many of them would have been in danger.  Thank you.

Freedom House: What are your hopes for your fellow Burundians and those living under repression around the world?

Rigurika:  These is what I hope: I hope that human rights activists and journalists engaged in human rights promotion stay courageous, they must maintain hope. Hope is also you, hope is Freedom House who is here to support and to encourage the defense of human rights. Hope is in each person who supports the fight for human rights in Burundi. We think that due to this solidarity and courage we will surely attain our objectives - we will be able to restore rule of law and human rights in Burundi.

Freedom House: Do you have a message for human rights defenders around the world who are fighting for freedom and democracy?