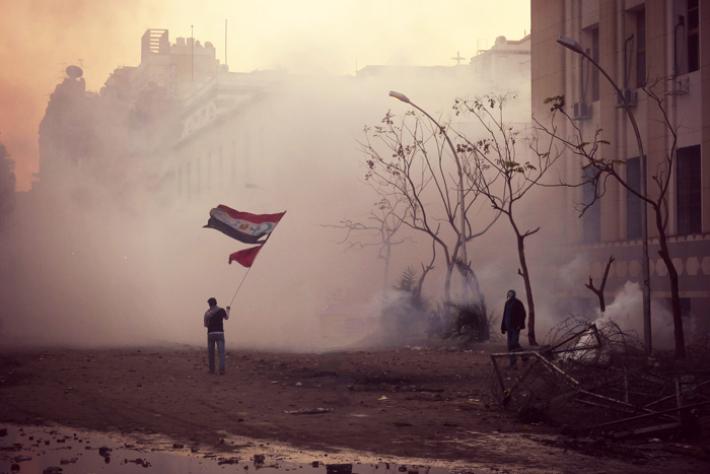 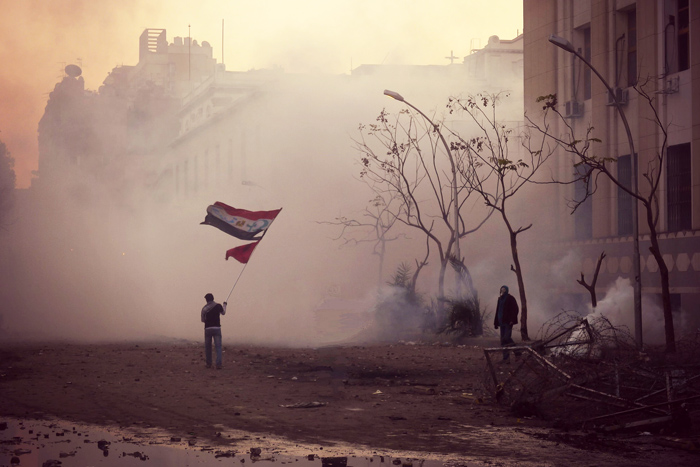 Last week, Egypt’s most prominent businessman, Naguib Sawiris, said today’s Egypt reminded him of “the atmosphere before the 25 of January revolution.” On the fifth anniversary of the popular protests that brought down President Hosni Mubarak, the situation is actually far worse.

According to Freedom House data, the country is no closer to democracy than it was five or even 10 years ago, when Mubarak still had a firm grip on power. The parliament elected after the uprising in 2011 was later dissolved by the unreformed courts, and Mohamed Morsi, the controversial Islamist president elected in 2012, was removed in a coup after just a year in office. Current president Abdel Fattah al-Sisi, a former general who led the coup, has overseen the imprisonment or murder of anyone who dares to speak out against the status quo. He may have even succeeded where Mubarak had failed—in killing Egyptians’ belief in the possibility of a better future.

Sawiris can be forgiven for feeling a sense of déjà vu. Much like the rigged parliamentary elections of late 2010 that led to calls for Mubarak’s ouster, deeply flawed polls at the end of 2015 created a rubber-stamp legislature with no significant opposition membership. Sawiris’s Free Egyptians Party is the largest single faction, but the majority of seats are held by progovernment “independents,” some of whom proudly tout their Mubarak-era credentials. This body was given only 15 days to review some 400 executive decrees issued since the 2013 coup.

On the day of the parliament’s inaugural session this month, pro-Sisi lawmakers like Mortada Mansour openly criticized the January 25 revolution. Mansour has been investigated for paying thugs mounted on camels to attack anti-Mubarak protesters in Cairo’s Tahrir Square five years ago. Last week, he was named chairman of the parliamentary committee on human rights.

Meanwhile, the freedoms of speech, association, and assembly have been decimated. Anonymous Facebook group administrators are identified and locked up. LGBT people are arrested for dancing in YouTube videos deemed to “incite debauchery.” Christians and atheists have been charged with defaming religion. A 2015 antiterrorism law, which has been used to prosecute individuals for nonviolent speech, includes a minimum sentence of five years in prison for posting information that could “mislead” the police or judicial authorities on terrorism cases. Virtually all Islamist and opposition news outlets have been closed down, while the remaining media houses are heavily censored by authorities. The number of imprisoned journalists increased from 2 in 2011 to 23 in 2015.

Severity, but no stability

Egypt watchers may recall the violent crackdown on some 4,000 Sudanese refugees camped outside the UNHCR office in Cairo 10 years ago, in which dozens were killed and hundreds imprisoned. That Mubarak-era atrocity was dwarfed by Sisi’s 2013 attack on thousands of pro-Morsi protesters in Rabaa al-Adaweya; over 800 people were killed, and thousands still languish in prison.

Participation in unsanctioned public protests now carries severe criminal penalties, as does the receipt of foreign funding—a main source of income for local human rights groups. All nongovernmental organizations must undergo a restrictive registration process, authorities have carried out raids on local groups, and exiled employees of foreign organizations face prison sentences should they ever return.

Two of the country’s main opposition groups have been banned. The Muslim Brotherhood, which 10 years ago held almost 20 percent of the seats in parliament, was declared a terrorist organization in 2013, and its leaders remain in prison or exile. Similarly, influential members of the April 6 Youth Movement, which helped organize the January 25 demonstrations to protest police brutality, have been locked up and smeared. Liberals like Amr Hamzawy have left the country, fearing for their lives, while activists campaigning on specific issues—such as ending military trials for civilians—have been detained. Alaa Abdel Fattah, a digital activist and human rights campaigner, has the dumbfounding and depressing distinction of having been imprisoned by Mubarak, the transitional military junta that succeeded him, Morsi, the interim administration following the 2013 coup, and now Sisi. Even the Ultras—hardcore soccer fans who were heavily involved in street clashes with the police during the revolution—are now officially banned from entering stadiums built by the military that have been renamed to commemorate the coup.

Sisi has been hailed as a strongman who can return Egypt to stability. His unpopular 2014 decision to cut fuel subsidies, and later moves to rein in food benefits, were applauded by investors as a necessary measure to shore up government finances. Massive public-works projects, including a proposal to build a new capital city, have onlookers less convinced as to their long-term value, but the military is certain to profit. Many of the companies contracted to perform such work are linked to the army, which by some estimates runs 40 percent of the economy.

Indeed, as ordinary Egyptians are asked to endure austerity measures, police and military salaries have increased. Yet the security situation has grown dramatically worse. The number of terrorist attacks rose from fewer than 50 in 2012 to nearly 350 in 2014, and the bloodshed continued throughout 2015. While most attacks have been concentrated in the Sinai Peninsula, whose inhabitants have long complained of mistreatment by Cairo, violence in and near the capital has grown more common over the past year. The Sinai-based Ansar Beit al-Maqdis claimed responsibility for a bombing yesterday in Giza, which authorities had initially blamed on the Muslim Brotherhood.

Fears for the future

The Sisi regime has smothered the opportunities created by the 2011 uprising and replaced them with a creaking, incompetent patronage network that seems headed for disaster. “People like me who had high hopes and took to the streets before are crushed with depression,” said one young Egyptian recently, capturing the general spirit of apathy and anxiety. “We fear that the state is going to fall apart, and we know that a third revolutionary wave would take everything apart.” President Sisi may have done what it takes to ensure a subdued January 25 this year, but the ultimate cost could be more than Egypt can bear.