Two bills backed by President Poroshenko are part of a broader attack on civil society groups dedicated to fighting corruption. 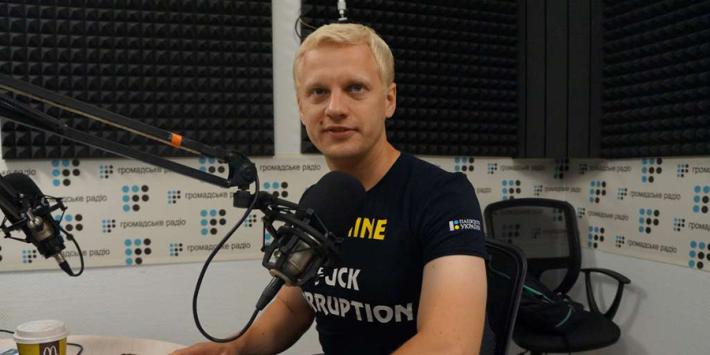 Two bills backed by President Poroshenko are part of a broader attack on civil society groups dedicated to fighting corruption.

Since last year, civil society groups, journalists, anticorruption activists, and others have witnessed an ominous change in the environment for freedom of association in Ukraine. Freedom House’s recently released Freedom in the World report on the country underscored the government’s increased pressure on civil society organizations, in part through new legislation that especially affects groups focused on fighting corruption.

One of Ukraine’s leading civic activists, Vitaliy Shabunin of the Anti-Corruption Action Center (ANTAC), is facing trial on criminal charges and could receive up to five years in prison. He was indicted on January 22 for supposedly inflicting bodily harm on a journalist. The charges are at best exaggerated and at worst politically motivated: Last summer, Shabunin threw a punch at Vsevolod Filimonenko, who some believe was sent by the Security Service of Ukraine (SBU) to harass ANTAC staff in retaliation for their outspoken criticism of President Petro Poroshenko’s failure to address endemic corruption in Ukraine. Shabunin said Filimonenko had harassed his colleague, Oleksandra Ustinova, until she burst into tears.

ANTAC is not the only civil society organization facing this level of intimidation. YouControl, a platform that provides free and easy access to government data registers, which many anticorruption activists and investigative journalists use regularly, was subjected to an office raid and specious allegations by the SBU. Over 90 Ukrainian organizations wrote a cease-and-desist letter to government authorities, requesting that they stop harassing YouControl. Among the signatories were Avtomaidan, Bihus.info, and Ukrayinska Pravda.

Other civic actors—including the Ukraine Helsinki Human Rights Union, the Center for Civil Liberties, and the Reanimation Package of Reforms (RPR), a coalition of 80 leading civil society organizations in Ukraine—see these cases as selective justice. They argue that the actions against Shabunin and YouControl are not isolated incidents, but attempts on Poroshenko’s part to muzzle key voices of dissent. It is notable that many of those speaking out against the authorities’ efforts to intimidate civil society are the same groups and individuals who pushed for transparency and accountability in government during the 2013–14 protest movement against then president Viktor Yanukovych.

At the heart of the government’s apparent campaign against civil society are two draft laws that the Poroshenko administration submitted to the Verkhovna Rada (Ukraine’s parliament) in July 2017: a Draft Amendment to the Tax Code (No. 6675) and a Draft Amendment to the Law on Public Associations (No. 6674). Both measures would require nongovernmental organizations (NGOs) to submit detailed financial reports identifying their own full-time and part-time staff as well as any groups or individuals they work with or fund. NGOs that fail to comply with these onerous reporting requirements could face heavy fines, lose their nonprofit status, or even be liquidated.

The draft laws would replace a rule adopted by the Rada earlier in 2017, which requires anticorruption NGOs to publicly submit income and asset e-declarations for all employees and contractors—including workers who clean the office and deliver coffee or water—putting them under the same level of scrutiny as public officials.

The situation presents civil society groups with a set of unattractive choices: live with the current legal framework requiring intrusive e-declarations, submit to the host of new reporting rules under the two draft laws instead, or risk serious financial and legal consequences by refusing to comply with either.

The draft laws were hastily introduced without consulting the affected NGOs. They also directly contradict Ukraine’s Strategy for the Development of Civil Society (2016–20), which Poroshenko approved in February 2016 to help foster productive partnerships between the government and civil society in the areas of countering corruption and strengthening public accountability.

In an interview, the deputy head of the presidential administration, Dmytro Shymkiv, said the Rada had adopted the current e-declaration rules as payback for civic activists who had supported such rules for politicians. “Parliament’s attitude was, ‘You want to check us, we’ll check you,’” he said. A small group of lawmakers, most notably the Democratic Alliance, are not in favor of the two draft laws and have awaited a detailed analysis from key European institutions to push back against the proposed legislation. A larger group of parties have rallied around the administration’s efforts and vocally promoted the drafts, in particular the Petro Poroshenko Bloc–Solidarity and the People’s Front.

A shadow over Eastern Europe

Similar provisions have been used in other countries in the region to put pressure on independent civic groups, including authoritarian states like Kazakhstan and Russia, and more recently, “illiberal democracies” like Hungary and Poland.

Poland stands as a particularly frightening example for Ukraine given that until 2016, it was considered a success story for democratic development in Central and Eastern Europe. In September 2017, Poland’s parliament, controlled by the ruling Law and Justice (PiS) party, voted to create the National Institute for Freedom–Civil Society Development Center. This structure, supervised directly by the prime minister’s office, will oversee the distribution of funds to NGOs. Opposition parties criticized the legislation, which was drafted and adopted without consulting civil society. In another parallel with Ukraine, several leading civil society activists in Poland—including Róża Rzeplińska, president of Mam Prawo Wiedziec (I Have the Right to Know)—have faced intimidation and spurious accusations in retaliation for their work. While the European Union and Poland’s ombudsman have expressed strong criticism of the Polish government’s pressure on NGOs, their objections have had little effect.

European institutions have similarly criticized Ukraine’s legislation through careful analysis and statements, as well as bilateral meetings with the Poroshenko administration and Rada members, since September of last year. Both draft laws are being evaluated by the Venice Commission, with results due to be released next month.

A chance to halt dangerous backsliding

Enactment of the two draft laws would mark a reversal of the important democratic progress that Ukraine has made since the 2014 uprising, known as the Revolution of Dignity. Civil society in Ukraine and the international community must continue to emphasize that this legislation, in its current form, could directly undermine freedom of association and ultimately Ukrainian democracy.

While key European institutions have underscored their concerns about the draft legislation’s breach of international standards, the Council of Europe’s Venice Commission has a narrow window of opportunity in which to pressure the Ukrainian government to drop the measures.

For its part, Ukraine’s national interests lie in avoiding a Polish-style retreat from democracy. Indeed, rather than silencing NGOs, the government in Kyiv should support the expansion of freedom of association and seize its own chance to stand as a positive example for the region.