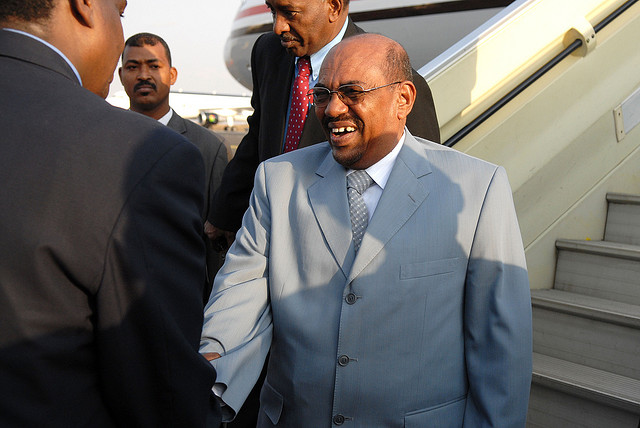 In response to South Africa’s failure to arrest Sudanese President Omar Al-Bashir, who is wanted by the International Criminal Court on charges of genocide and crimes against humanity, Freedom House issued the following statement:

“The South African Government’s decision to allow President Bashir to attend the African Union Summit demonstrates the government’s unwillingness to adhere to international human rights standards,” said Vukasin Petrovic, director of Africa programs. “By disregarding a court order secured by the Southern Africa Litigation Centre not to permit President Bashir to leave the country, the government ignored its international obligations and facilitated impunity of African leaders who commit crimes against humanity.”

Background:
The International Criminal Court has charged President Bashir with genocide, crimes against humanity, and war crimes. As a signatory of the Rome Statute, South Africa is obligated to arrest anyone wanted by the International Criminal Court who enters the country.  In 2010 the African Union passed a resolution noting the refusal of member states to cooperate with the ICC and arrest President Bashir. South Africa’s High Court issued an order for Bashir’s arrest; however, the government confirmed he already left the country.